The bite seems to be better on day two 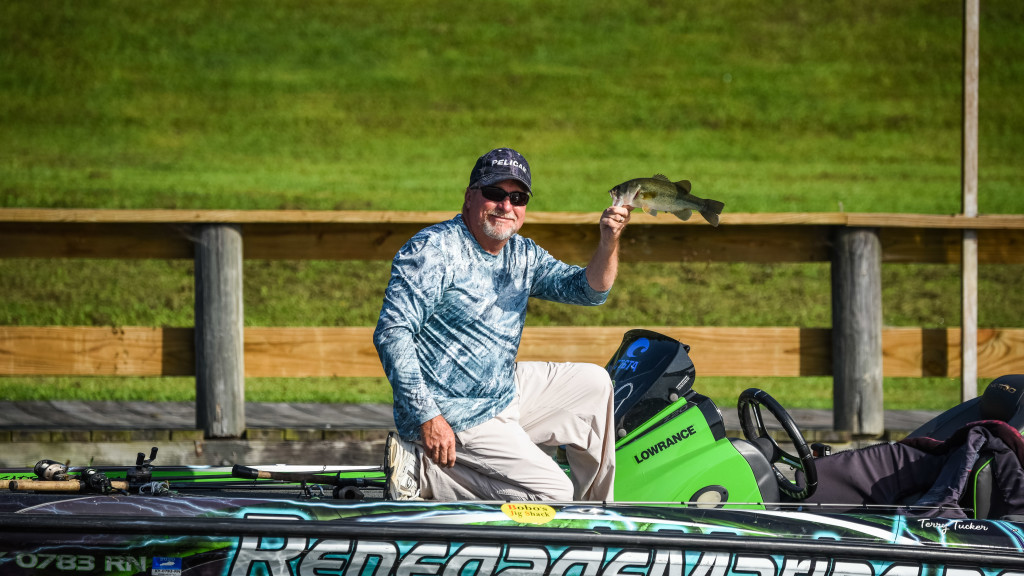 Despite bright sun, slick calm and zero current early this morning, the bite on Neely Henry seemed to be just a bit better for Toyota Series Southeastern Division anglers on day two.

By mid-morning a nice breeze had picked up and the bite continued. Local stick, Terry Tucker was smiling the biggest this morning as he had four keepers, including a 3-pounder, by 9:30. From the beginning of the event, Tucker said he knew what kind of pace he would need to have a shot at winning on his home pond and this morning he was ahead of the curve. Mark McCaig was another pro with a favorable morning with three solid keepers in the boat. Tournament leader Jason Nixon had two bass at 10 a.m., but one was a 3-pounder, which had him fired up. Young Cal Lane had just one keeper on board but was liking some of the shade and wind combinations he was seeing on the banks for his topwater.

In all, the main lake seemed to be treating anglers a little better than yesterday. As far as those who were running far up the river and way back into creek ends, their story will be told at weigh-in.