They’re biting and the leaderboard is tight 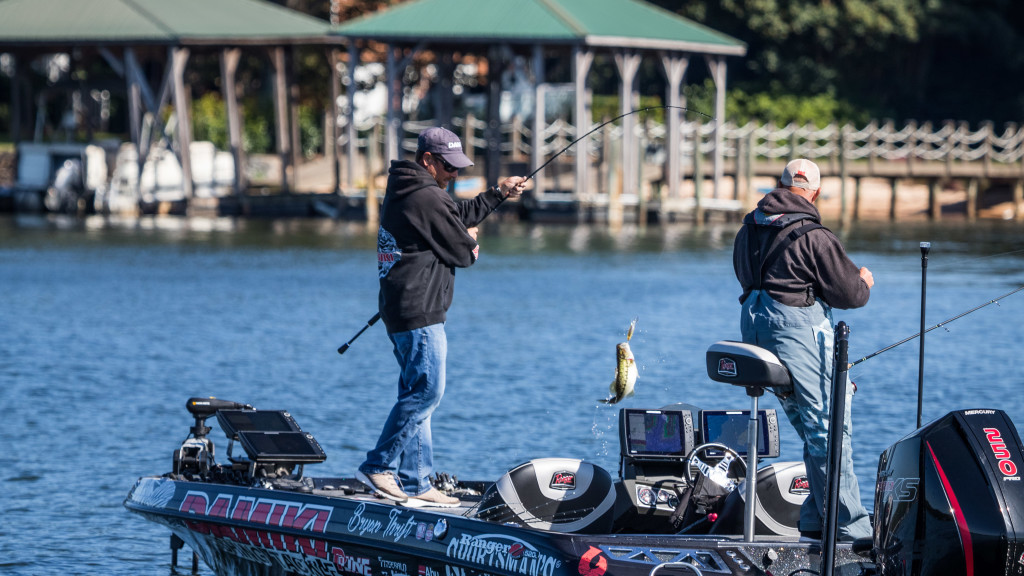 It didn’t take the top 10 pros long to start catching fish on the third and final day of Toyota Series Eastern Division event on Lake Norman. Despite the coolest morning of the event at 44 degrees and a chilly northeast wind, the fish were biting.

Leader Troy Morrow was fishing shoals and docks with a shaky head and had put four keepers in the boat by mid-morning.

Second place Martin Villa had also gone to work with a shaky head and wacky rig and had four keepers.

Todd Walters lost a small fish on a topwater and before he could reel it in, a 2-pounder choked it, giving him two keepers for the morning.

David Williams started the day with a topwater and promptly caught two keepers.

Cole Huskins had boated two keepers skipping docks, but says the afternoons have been best for him. Michael Stephens also had two keepers.

Jason Wilson had one keeper in the box.

And of course, Bryan Thrift already had a limit in the box by 11 a.m., giving him time to run and gun for big ones.

There were no early reports of 3-pound plus fish – the different makers at Norman – this morning. With just a pound and a half separating the top five, the scales will have to sort this one out this afternoon at 3:30 p.m. ET.