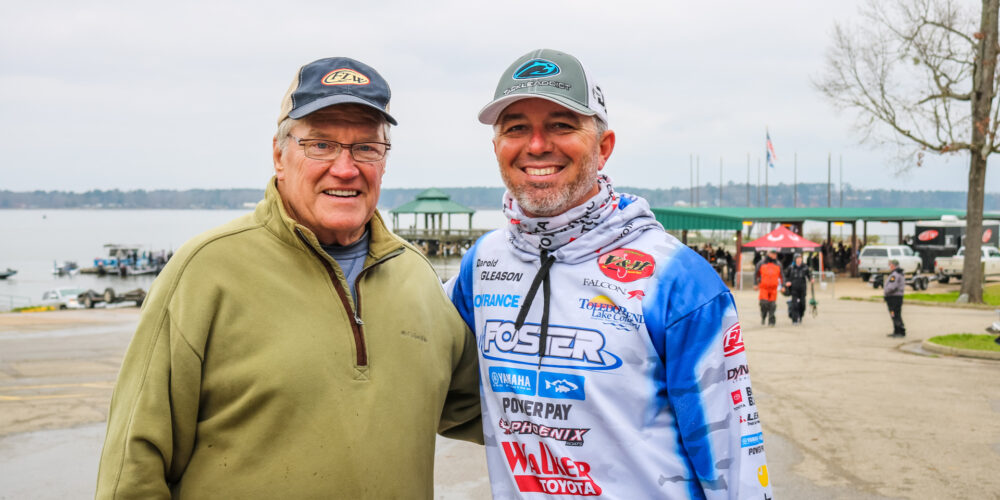 Pete Lammons carried a contagious positivity with him from East Texas to the brightest stage in America and back home again. Photo by Randi Gleason.
May 7, 2021 • Joe Sills • Toyota Series

He streaked toward the end zone that night, a 6-foot-3 bronco of a man from East Texas slicing through the cold December wind with the goal line in sight. The crowd at Shea Stadium rose to its feet as Pete Lammons put six on the board, breaking the tie.

“I can still see it in my mind’s eye,” says former New York Jets quarterback Joe Namath. “That play was huge. We were playing the Oakland Raiders in the championship game, and he was one-on-one. We had a play for Pete. We knew he could score.”

On Thursday April 29, 2021, Pete Lammons passed away while competing at a Toyota Series event on Sam Rayburn. He was 77 years old. The touchdown pass he caught from Namath in the AFL championship game some five decades prior went on to put the Jets in the Super Bowl, where they defeated Johnny Unitas and the Baltimore Colts to become world champions.

“He was a joy to be around,” recalls Namath, “We loved him. I don’t use that word loosely. I loved being around Pete, and I loved him, period.”

Lammons and Namath played for six years together during the golden era of Jets football. The former college rivals, each holding national championship rings from Texas and Alabama, respectively, became well acquainted in the Big Apple—Namath, the swaggering essence of cool, and Lammons, the reserved receiver that rarely needed a serving of humble pie.

“Pete had a great sense of humor,” adds Namath. “He would give that big old smile and twist his head a little bit, but he wasn’t a cocky guy. He was a confident man and a great teammate.

“He blew that Texas Longhorn horn, but never his own. I never saw Pete being negative. He was a joyful man that was always fun to be around away from practice and the locker room. We would go out to dinner or go to the bar after practice, because we figured the beer would help supplement the liquid we lost and rehydrate us. The veterans taught us that, and we had some great times together.”

As news of Lammons’ passing resonated throughout the bass fishing community last week, what this world knows about Pete Lammons began to come to light.

“He would do this funny thing,” says professional angler Darold Gleason, who fished a Toyota Series event on Toledo Bend with Lammons last winter. “Every few months, he would shoot me a text after he saw me in a tournament. He would always start it with, ‘this is your old friend Pete,’ as if I needed a reminder about the guy.”

Nobody who ever met Lammons needed a reminder of his presence in their life.

Though they only spent a single day on the water together, Gleason still remembers the joy Lammons had for life.

“He stood out,” Gleason says. “Not because he played football, but because of his demeanor and his attitude. We were out there freezing, and he was in great spirits all day.”

That contagious attitude must have put something in the air, because Gleason landed an 8-pounder on his second cast with Lammons in the boat.

“Mr. Pete netted it for me,” he remembers. “He was the epitome of what a co-angler should be. He wanted to fish and have fun. We laughed and hollered about that fish the whole day.”

Gleason says the duo spent most of their time high fiving over catches and swapping stories about the Super Bowl and about bass fishing.

Lammons might have been the perfect co-angler. The man approached the challenging position of fishing for a check from the back of another angler’s boat with sincere optimism. And though he cast with the joy of a newcomer, Lammons was a seasoned co-angler who competed in 57 tournaments, mostly in the past decade. His co-angler achievements included a Top 5 finish in a Sam Rayburn Phoenix Bass Fishing League event in 2019.

Lammons was deeply embedded in the world of bass fishing, especially in Texas, where he returned to work in real estate and horse racing after his NFL career concluded in 1972.

“He left a lasting impression with all of the boaters and pros he drew,” says MLF Tournament Director Mark McWha, who oversaw many of Lammons’ weigh-ins. “What makes a great co-angler is someone who respects the pros on the water and uses the event as a learning experience as much as a competition. Pete did that. He was a valued member of our community that had a great reputation. He showed up, did his thing and went on to the next one.”

On the water, Lammons acted much as he did on the field. He had a knack for turning bad days into good ones and making lifelong friends out of everyone he met along the way.

“Everything you know about Pete now goes a long way back,” concludes Namath. “He was always uplifting. He was big-time when it mattered most.”