Second Stop of the Southern Division Starts at Santee Cooper 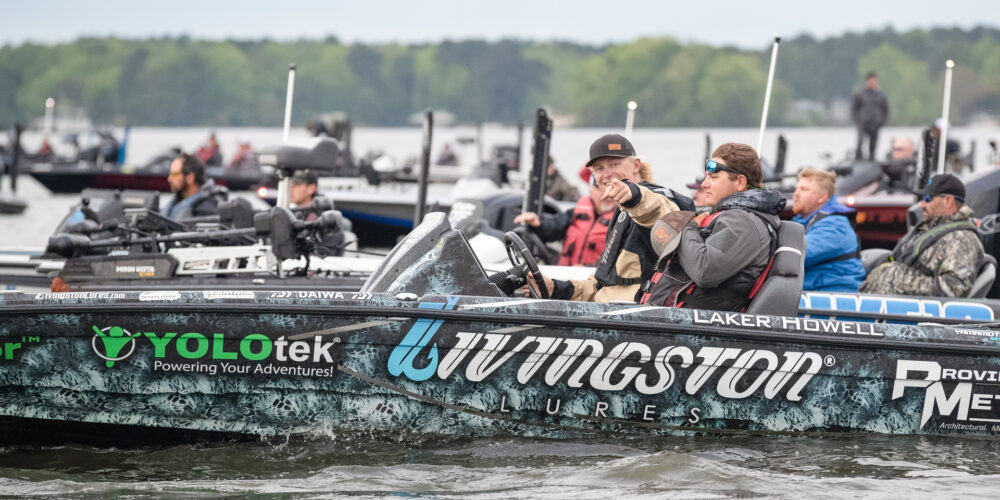 SUMMERTON, S.C. – Heading north from the Okeechobee kickoff, the Toyota Series Presented by A.R.E. Southern Division hits Santee Cooper for the second stop of the season. Hosted by the Clarendon County Chamber of Commerce, the event should showcase one of the hottest fisheries in the country at a historic time. Anglers like Ken Ellis have made a wacky rig on cypress trees a famous late-spawn technique, and that might end up being the winning technique this week.

Marion and Moultrie, which make up the Santee Cooper fishery, are vastly different lakes in terms of shape and layout, but they fish similarly. Marion (to the northwest of Moultrie) looks like a fairly typical river impoundment – long, somewhat narrow and dammed up at the eastern end of the lake. It’s connected to the more circular, bowl-shaped Moultrie by a diversion canal about two miles in length.

Both lakes offer an abundance of shallow-water cover and structure, including cypress trees, backwater ponds, stumps, bridges, docks and riprap. While Marion is the largest lake in South Carolina, it isn’t that deep, averaging about 13 feet, and Moultrie only averages out slightly deeper at 18 feet. Simply put, Santee Cooper is a shallow springtime fishing paradise.

Laker Howell has been tearing it up in the Toyota Series this year and has seen enough of the fishery through a few days of practice to give a good rundown of the situation. With a lights-out B.A.S.S. Elite Series spawning and prespawn showdown in the recent rearview, Howell sees the lake trending a little more postspawn.

“I think this lake is right dead in the middle,” Howell said. “The first wave moved up for the Elite Series guys, they hit it at the perfect time, that was the first major wave. I think there’s still some that are waiting to go up, I don’t think many people will see those – if you do, you’re going to have a really good chance of winning because those are the heaviest fish.

“There are bedders, I found some bedders while I’ve been here,” Howell said. “You can really do a little of anything. There are postspawners roaming around looking to feed, those are gonna be your easy fish, but they won’t weigh as much because they’re spawned out.”

Howell also thinks that there’s a chance offshore tactics play, even if most of the anglers take advantage of the shallow bite.

“I think if the few graphers that are here go out and find brush piles they might be able to put together a bag a day of prespawners that are waiting to move up, or even postspawners that have moved out already,” Howell said. “Then you’re gonna have your guys like me, that are up shallow looking for single fish, to find those big bedders and wacky rigging and stuff.”

One possibility that Howell hasn’t seen yet is a shad spawn. Though a late April event in 2019 saw the shad spawn play, it seems like it may be a bit early this go-round.

“It should be coming soon, but I haven’t seen it and I haven’t talked to anybody that has,” Howell said. “But anything goes, it could start the next couple of days and totally change the whole tournament for everybody.”

“Senkos on trees is a staple on Santee and it doesn’t matter the time of year,” Beavers said. “A Senko will always be a No. 1 bait on Santee, there’s no doubt about it. I didn’t throw that thing forever because I hated it. But buddy, when I started throwing it, I realized why so many people throw it.”

Howell is all-in on the same thing, and you can bet almost everyone in the field will have at least one wacky rig on deck.

“A Yamamoto Senko, that’s the go-to for me right now,” Howell said. “Either just Texas-rigged weightless or wacky-rigged. I think you’re gonna see a good bit of frog fishing done around the trees and stuff, and I think a buzzbait could play a little bit. In my opinion, though, I think you’re going to see a lot of big bags on a Senko. Those shallow fish don’t want to eat, and the Senko is something you can make a long cast with and pick ‘em up.”