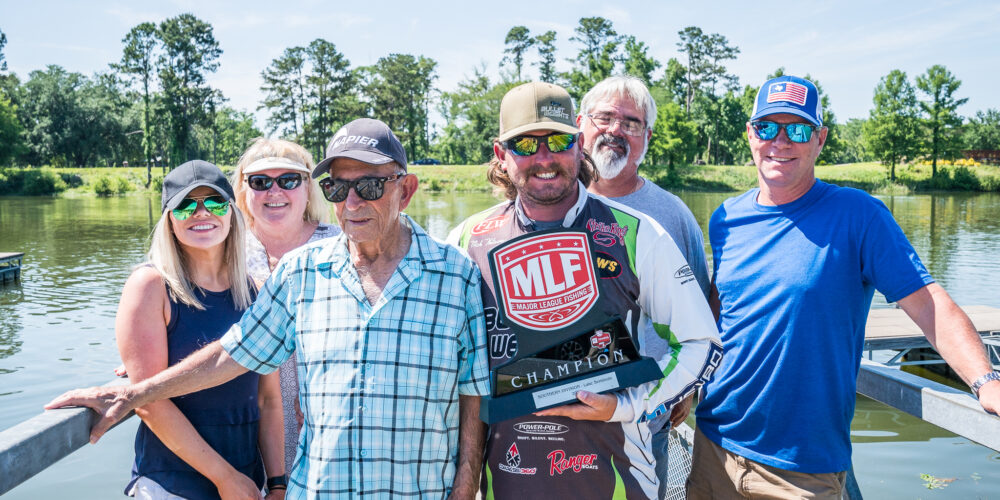 Winning his first Toyota Series Presented by A.R.E. event on Lake Okeechobee back in 2019 was a bit of a “passing of the torch” moment for Nick Thliveros as his dad and legendary pro, Peter T, watched on. This week, his victory in the Southern Division finale on Lake Seminole was a spark to keep the torch lit.

Bettering his weights every day, Thliveros weighed the heaviest limit of Day 3 – 21 pounds, 13 ounces – to lock up his second Toyota Series title. With 62-11 overall, Thliveros bested some of the best local talent on Seminole en route to breaking the “slump” he’s been in since his 2019 win on Okeechobee. Thliveros will be riding home with a check worth more than $37,000 and another piece of hardware to add to the family collection.

The win couldn’t have come at a better time for Thliveros. Since his 2019 win, Thliveros has cashed just one check in the seven events leading up to Seminole. He admits it was beginning to wear on him, but that quickly changed when he realized a small spot from history would turn out to be gold mine.

Hunkering down in Spring Creek, Thliveros milked one 50-yard stretch all week.

“It’s something I’ve had some previous knowledge on but I’ve never really been here at the right time for it,” Thliveros says. “I’ve never been here far enough in the postspawn to make those fish get in the deeper water.

“It’s basically a sand spot with hydrilla on the edge. It’s about 10 foot around it and the sand is in 15. It’s a depression and today they were on the sand.”

The unique aspect of his area was that Thliveros was essentially “neighbors” with fourth-place finisher Braxton Clements all three days. The two fished different areas all week, though the areas were nearly a cast apart.

“I have to give a huge shoutout to Braxton,” he says. “You got to watch him because that boy can fish and he is first class. We were 40 yards apart every day. I didn’t know him, but that’s a good man right there. We worked together. He had his hole, I had mine. We’d congratulate each other on catching fish all week and in this sport you don’t see that often, so to be a part of it is amazing.”

Dissecting the grass and sand was a repetitive and meticulous process all week. Getting bites early in the day helped to reinforce the fact the tiny spot still had fish and gave him the confidence to keep grinding.

“I’ve never been in a situation where you can go to one spot and just catch ‘em all three days,” Thliveros says. “Today, I could see them on my down imaging and I backed off and it was awesome. I video-gamed a few of them today, too.”

To pick apart the juice, Thliveros kept it simple and a bit old school. Being that his father is a master at fishing a worm, it seems fitting that Thliveros locked one in his hand all week to get the W.

He had two worms of choice. Either a Strike King Cut-R Worm or a Strike King Anaconda worm rigged on a 3/16- or ¼-ounce Bullet Weights Tactical Tungsten weight. Though he tried other baits, the worm kept being the primary producer.

With his family cheering him on from the crowd, Thliveros was emotional on stage when his name was announced as champion. If he was looking to break out of a “slump,” this was one heck of way to do it.

“It’s been two years,” he says. “I won Okeechobee and I hadn’t cashed a check since the end of that year. I came back on this one. I’ve got to thank my family and sponsors, because without y’all I wouldn’t be here. I’m speechless.”