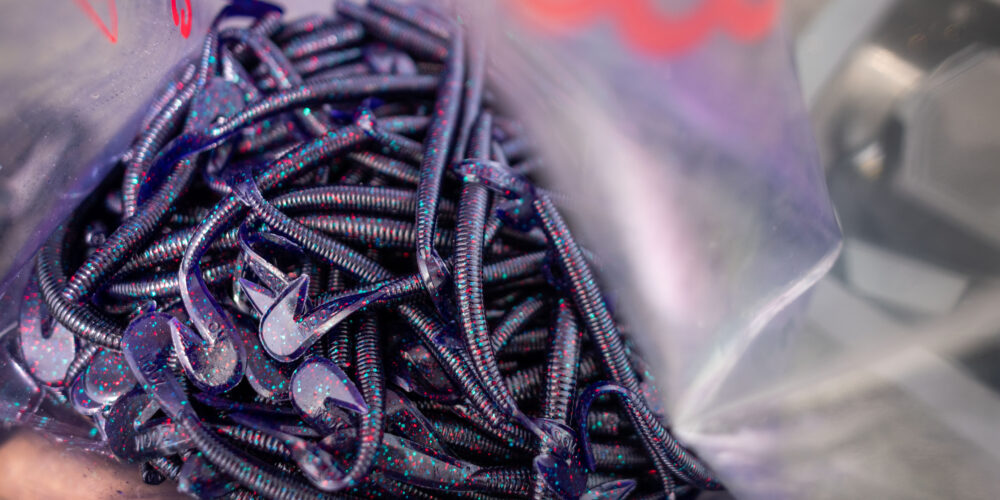 LEESBURG, Fla. – Jonathan Semento’s momentous rally from Lake Griffin to win the Toyota Series Presented by A.R.E. Southern Division event on the Harris Chain was a huge surprise. What wasn’t much of a surprise, however, were the baits used by the Top 10 as a whole. The usual lure suspects of Florida fishing included ChatterBaits, soft plastic stick worms, hollow-bodied frogs, prop topwaters and creature baits.

Here is a closer look at the baits used by the Top 10.

1. Semento fished Lake Griffin with a pair of Z-Man/Evergreen ChatterBait Jack Hammers: one was a 3/8-ounce golden shiner model for shallower 4-foot clumps of grass and the other was a 1/2-ounce chartreuse and white model for deeper clumps in 6 feet. He trailed both with Yamamoto Zako trailers in matching colors to the ChatterBaits. He fished both on 15-pound-test P-Line.

9. A Gambler Slim EZ and Fat Ace were the tickets for Val Osinski. He pitched the Fat Ace on either a 1/4-ounce or 3/8-ounce weight, depending on the cover, and tied it to 20-pound-test fluorocarbon.

10. Ben McCann covered water in Griffin with a swim jig paired with a Zoom Z Craw Jr. tied to 50-pound-test Seaguar Smackdown braid on a Powell Diesel 734 with a Daiwa Tatula Elite reel. But he did his real damage with giant worms. A YUM Mighty Worm and 10-inch Strike King Bullworm fished weightless with big 6/0 and 7/0 EWG hooks did the trick. He tied those to 20-pound-test Seaguar Red Label fluorocarbon and threw them on a Powell Endurance rod with a Daiwa Tatula SV TWS reel. He also mixed in a 6.5-inch Missile Baits Quiver Worm, too.