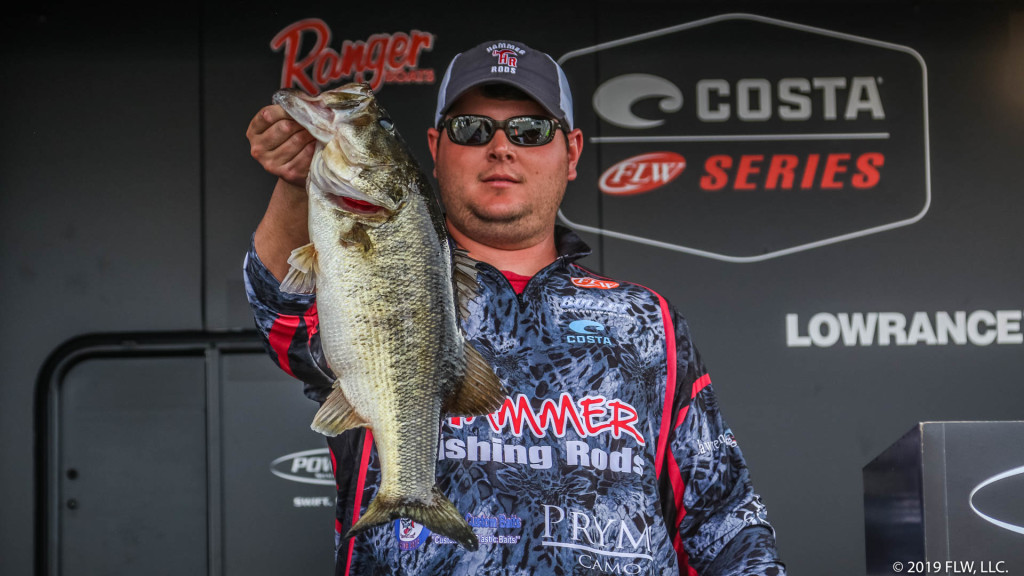 Within the FLW tournament hierarchy, there’s plenty of youth and enthusiasm to go around, but only so many spots on the FLW Tour. That’s why 27-year-old Cody Nichols of Fayette, Ala., isn’t going to waste his opportunity (nor his youth and enthusiasm) to join the Tour in 2020.

Nichols is the 2019 Costa FLW Series Southeastern Division Strike King Angler of the Year. By finishing in the top five in the division standings, he qualifies to join the Tour next season.

“I qualified for it, and I can’t not go ahead and pursue it,” he says. “It doesn’t come around very often, so I’ve got to try it.”

Helping the cause for Nichols, who works in an oil refinery in Tuscaloosa, is the $5,000 Strike King AOY prize and another $36,700 in season earnings in the Southeastern Division. Plus the confidence that comes from knowing he held off the greatest bass fisherman on the planet, Bryan Thrift, in his run at the division title during the finale on Santee Cooper.

Of course, fishing the Tour is a big step up for a shallow-water fisherman whose career has been based in the South to this point.

Nichols, who frequents Tennessee River reservoirs such as Guntersville and Pickwick, understands the hurdles he’ll face, and he’s ready to apply his strengths and improve on his weaknesses.

“My actual home fishery would probably be the Tombigbee River system, but I probably spend more days a year fishing at Guntersville than anywhere else,” he says. “My strengths are definitely shallow water and grass lakes. The biggest thing I’m going to have to work on is the smallmouth places for sure. It’s not what I do.”

With a few sponsors in his corner, including Reaction Innovations and Hammer Rods, Nichols says that overall the timing is right to chase his dream.

“I’m looking forward to it. I wish it started tomorrow.”

Here’s a look at how Nichols earned his shot at the FLW Tour. 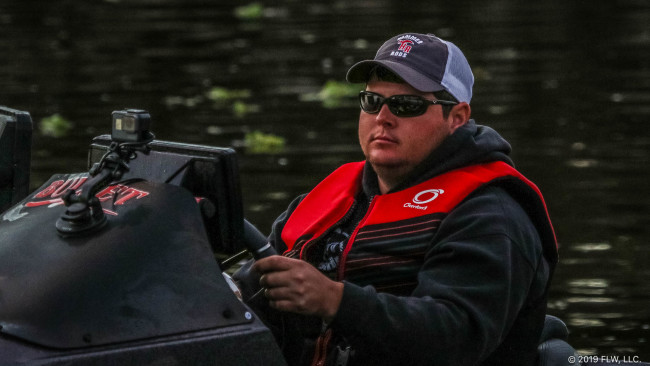 Nichols had a couple of big days in 2019, but the real key to his season-long success was consistency. He never bombed, even on day one at Santee Cooper, when he failed to catch a limit but brought four good ones to weigh-in. Nichols’ patterns and techniques were consistent with his preference for fishing shallow.

The first two days of practice at Okeechobee were dismal, but on Tuesday afternoon of tournament week, Nichols found the area that would carry him for the entire tournament.

“I found an area that had a bunch of fish,” he says. “I didn’t know what was there, but I knew it should be good for fish pulling in to spawn.

“I just went fishing. I caught most of them on a swim jig and a [Reaction Innovations] Skinny Dipper. I just ended up getting some good bites.”

Nichols describes his area as a “stopping spot” between the main lake and prime spawning waters, though he figures some bass were spawning around him as well.

“It was pretty far out, close to the main lake, and I was kind of intercepting them there,” he adds.

On day one, lost fish cost Nichols his chances at the win. He weighed in 12 pounds, 10 ounces. Catching 17-6 on day two moved Nichols into third to make the cut but still had him more than 5 pounds back of the lead. He finished with 12 pounds on day three to move into second with 42 pounds total.

A last-minute kicker on Friday was the highlight of his week.

“On day two of Okeechobee, when I had my biggest bag, I caught several fish before 10 o’clock, and that was my late [check-in] day,” Nichols recalls. “I had to be in at 4. I went four or four and a half hours without a bite. I’d been catching more fish on a Skinny Dipper but the bigger fish on the swim jig. I knew I didn’t have anything else to do, so I picked up that swim jig and hoped to get one more bite. I got that big bite – a 7 – 15 minutes before we had to leave. I culled out a 2-pounder.”

Like at Okeechobee, Nichols dedicated almost his entire Chickamauga tournament to one spot. It was a 2-foot-deep current break where, in practice, he made three casts and caught a 7, 5 and 4.

“The first day I had 20 pounds in the first 20 minutes,” he recalls. “I left it and ended up catching another big one.”

Nichols was in second place after day one with 25 pounds, 5 ounces.

“I think day two was just a bad day. Except for that giant weight hat was weighed in [37-5 by eventual winner Brent Butler], everybody else’s weights kind of went down.”

The final day, Nichols made three stops on his key place and managed to catch another good one each time. A limit of 18-15 for 57-11 total was good enough for fourth.

Nichols caught most of his fish on lipless crankbaits.

Though Nichols finally (barely) missed the cut at Santee Cooper, he still did enough by finishing 11th to hold off 2018 AOY Bryan Thrift, who finished ninth at Santee and just seven points back of Nichols in the 2019 standings.

Nichols put in extra practice time before Santee because he figured (and rightly so) that Thrift would make the cut and force the young pro to also finish in the top 10 to hang on for AOY. A slip on day one to only bring in four keepers was surprising for Nichols, who says he had a great practice, and it had potential to really set him back. He weighed in 17 pounds, 7 ounces.

“The first day I didn’t have but four fish, and I had a good 2 1/2-pounder come off two or three times. It was aggravating,” he says. “That was one of my biggest fears leading the points was that Thrift was right behind me. I didn’t want to not catch a limit. I practiced six days. After about the fourth day I felt comfortable that I wasn’t going to not have five fish. Well, I ended up having four.”

Day two at Santee was canceled due to dangerous conditions, and Nichols certainly didn’t complain.

“It probably helped me more than anybody else, just to let my fish settle down, and me, too,” he admits. “Saturday was beautiful for throwing to those trees. I should’ve had a big bag, but I lost an 8- or 9-pounder. But it was enough. I had a blast. I caught a bunch of fish Saturday.”

Adding 22 pounds gave Nichols 39-7 total. Though Nichols caught fish a number of ways in practice, he went with a pattern he thought would produce fewer bites, but top-10 quality. He tossed a wacky-rigged Yamamoto Senkoto cypress trees, primarily focusing on isolated trees.

“I think I caught one prespawn or spawn fish the whole time. Most of those fish were postospawn,” he adds.

Here’s a look at the top 10 pros in the Southeastern Division in 2019.