So you want to fish a frog 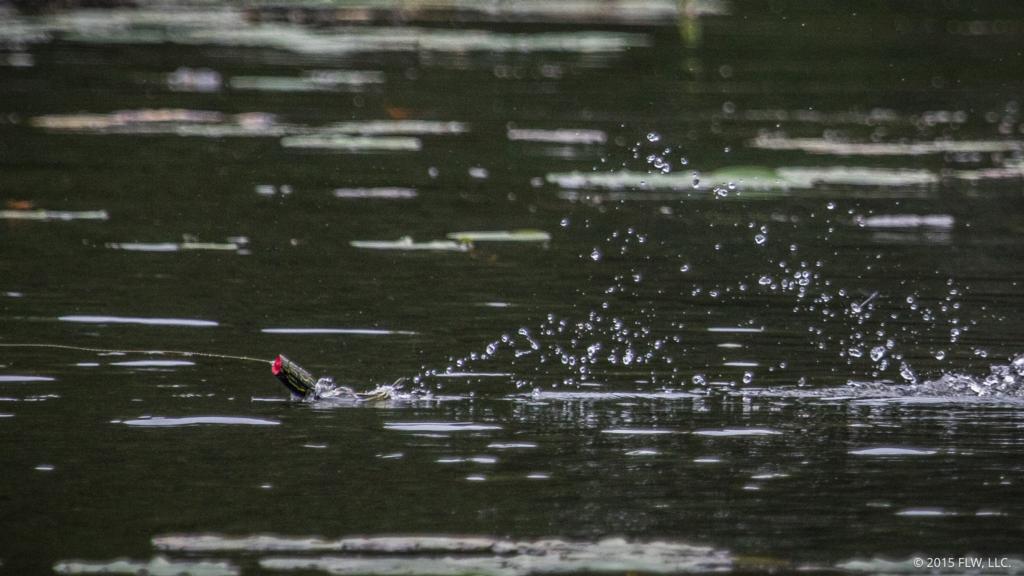 Why I love fishing frogs: big frog rods, heavy braided line, explosive surface bites, powerful hooksets and more explosive surface strikes. For the last two and a half weeks, minus one crappie trip, I've been frog fishing for bass on Kentucky Lake. Guys are catching fish in places other than the grass and on other lures, but I have grown strongly attached to my frogging stick. I'm also too stubborn to change.

One of the best things I've noticed about a frog is, despite the chance to catch more fish on a soft jerkbait or a treble-hook laden popper, the frog produces big bass. If a bass can eat a frog, it's big. Small fish might try, but they often fail. When that frog disappears from a splash and boil, I get excited, and that's why I keep coming back to it.

For the August/September issue of FLW Outdoors Magazine Bass Edition, Pete Robbins wrote a great feature about frog fishing with tips from some of the top frogmen alive, including Bobby Barrack and Michael Murphy. That issue is in stores now. Expect to read more about frogs in the October issue, which outlines Duracell pro Michael Bennett's frog-fishing tactics at the Forrest Wood Cup on Lake Murray last month. If you weren't sold on frogs before, just look at a couple of photos of him hoisting a $1 million check. I think you'll change your mind.

Fall is coming, and I expect the frog bite to get better. If it does, I'll be found near a few choice grass beds on Kentucky Lake each weekend.

Fall is also the start of a shallow migration for many fish, including crappies, which many will target in brush piles and shallow haunts. But during my previously mentioned crappie trip this weekend, I learned that one of the best ways to catch crappies is to troll crankbaits for suspended fish when they're still in their summer patterns. Trolling may not sound fun to some, but I had a blast. It's a science, with enough combinations of speed, depth, color, and lure size it'd take a math teacher to determine the total. It's also a way for young anglers to take part in the action right alongside the more experienced. If you know someone who trolls for crappies, ask to tag along. They likely know how good the bite can be, and I bet you'll be toting a pile of crappie poles to the lake in no time.