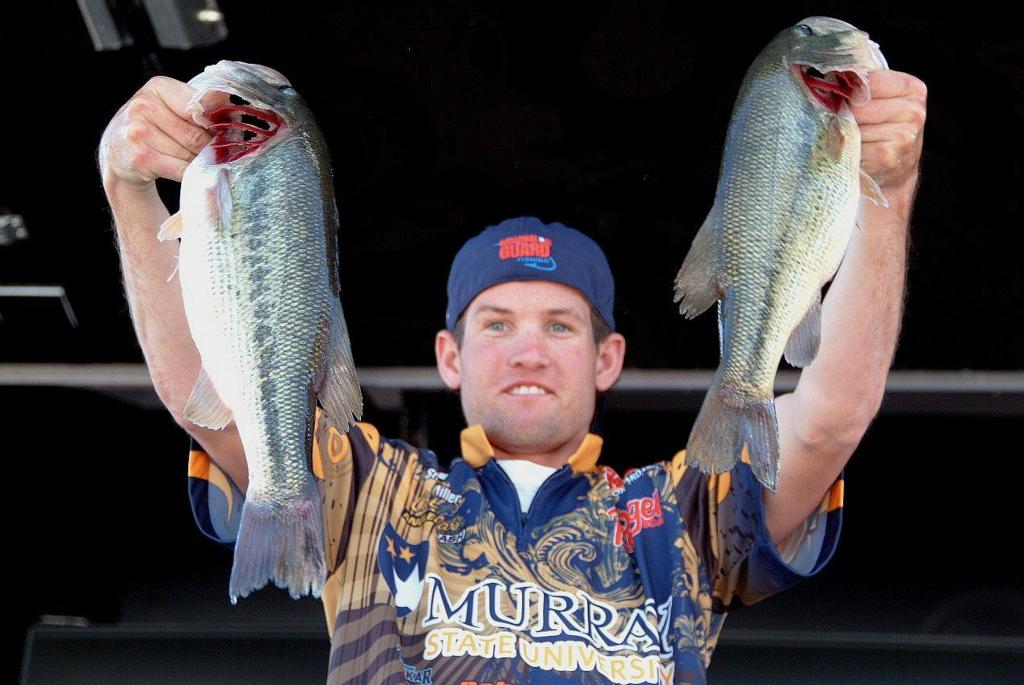 There are going to be a few experiences that I will remember for the rest of my life. Graduation, getting married and maybe the birth of my first child (I don’t want to get too far ahead of myself here). That short list is going to include my experience at the National Guard FLW College Fishing National Championship.

Shortly after representing Murray Sate University and finishing fifth in the Central Division Regional, it sunk in that my teammate, Kalem Tippett, and I would be going to Knoxville, Tenn., to fish against 24 other college teams. Just being among those talented anglers was an honor; they were the best of the best in college fishing and proved it by making it that far.

The National Championship was the only tournament to date where I felt I could finish dead last and still feel like I accomplished something major. Before competition even started, I could look around the pre-tournament banquet and feel the buzz. This was not the usual buzz of tournament jitters and excitement of getting out on the water in the morning. It was more than that. It was the realization that you are part of an event that is the first of its kind. FLW Outdoors, the National Guard and other sponsors did a great job of putting the college anglers on the big stage.

We were treated like kings. As I looked around the room and saw the faces of families, friends and fans, my eyes fell on those of my dad. Not an angler himself, he always thought fishing for a living was absurd. But at that moment he gave me a proud nod and later told me he would support all my tournament endeavors. This event gave credibility to my passion for tournament fishing.

After day one, we were in second place. There is no drug or drink that could have induced a better feeling. We were in contention and felt confident we could back up our day-one limit with a solid bag on day two. Boy, were we wrong.

We failed to catch a single keeper the second day and squeaked in to the top-five cut. There was a lot of movement on the leaderboard at the day-two weigh-in, and it was exciting to see who would be in the final five on the last day. I watched as Murray State dropped from second to third, third to fourth, and fourth to fifth as teams weighed in. Each tumble down the leaderboard felt like hitting a limb while falling out of a tree. It was gut-wrenching. It was a great relief once it was announced that we were advancing to day three, and the great feeling of day one flooded back once again.

On day 3, the University of Florida was crowned the very first National Guard FLW College Fishing National Champion. I know Jake Gipson and Matthew Wercinski will represent the college fishing community with honor at the upcoming Forest Wood Cup. I offer a huge congratulatory salute to them and every team that qualified for this unforgettable event.