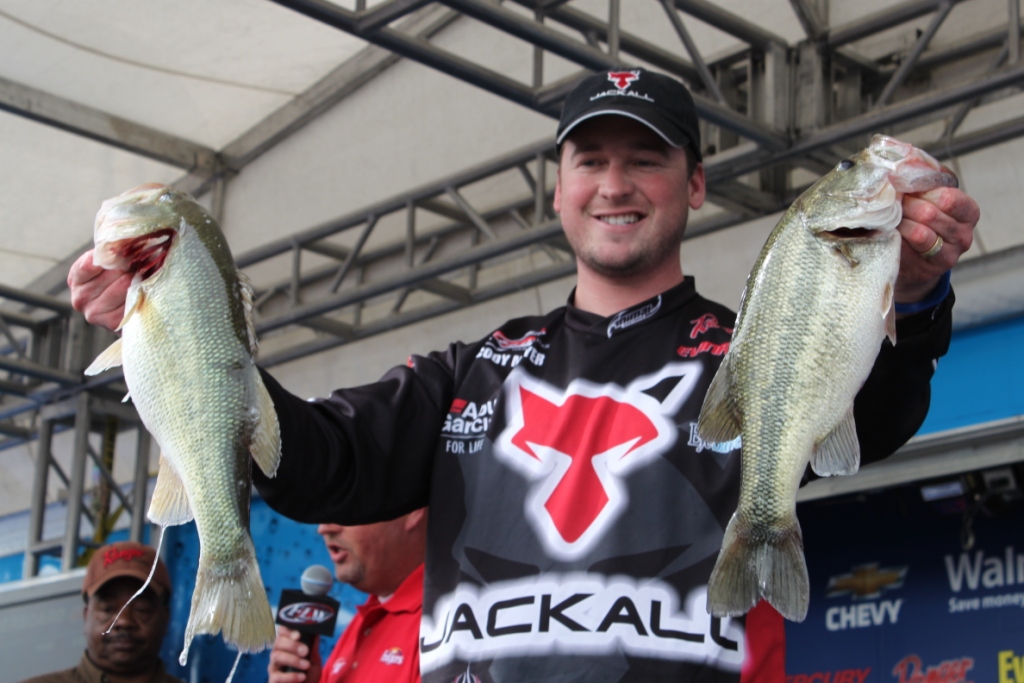 On the National Guard FLW Walleye Tour, Chris Gilman is known as “Mr. Consistency” as he seemingly never has a bad tournament. Although they target a completely different species of fish, 29-year-old Cody Meyer is following in Gilman’s footsteps on the Walmart FLW Tour.

Spanning over a year, Meyer has finished in the top 40 in the last nine tournaments he’s entered – cashing sizeable checks in each. To be exact, his last “bad” tournament took place May 19, 2011 on the Red River near Shreveport, La. After a productive practice, Meyer made the risky decision to lock down twice to Pool 3 where he located some quality largemouths. While the area had potential, the gamble left the Auburn, Calif., pro with only three hours to fish each day.

“That tournament bit me; I left myself with basically no room for error,” explained Meyer. “After that I promised myself I’d never fish that way again. I should have known better because years ago I fished 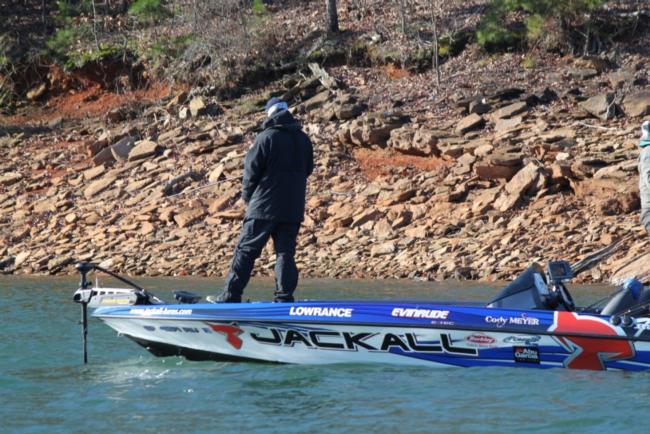 aggressively in the Western EverStarts and it backfired. I’m just not wired that way.”

After that 83rd-place showing in Louisiana, Meyer has been a picture of efficiency. He closed the 2011 season with his third-consecutive top-10 finish at the Forrest Wood Cup and rode that momentum into 2012, where he currently sits fifth in the Kellogg’s Angler of the Year race.

How consistently good is Meyer? The third-year pro has the second-highest average finish of any FLW Tour angler, trailing only Bryan Thrift, whose mean place is 32nd. Of the 19 FLW Tour events Meyer has entered, his average finish is 35th – higher than the career average finishes of Clark Wendlandt (39), Jay Yelas (41), David Dudley (42) and Brent Ehrler (43).

What makes that statistic even more impressive is that Meyer has virtually no eastern experience. He’s never seen Lake Champlain or Okeechobee. He took 29th on the Potomac River last month with exactly three days of practice and he spent a grand total of eight days (counting 2011) on Kentucky Lake before cashing yet another $10,000 check.

“Fishing is so different out east than back home; the learning curve is steep. It’s hard seeing these places for the first time and learning everything with only three days of practice, but I will say electronics have helped. And everyone thinks of West Coast guys as just finesse fishermen and that’s fine – they can think that if they want. But you have to be flexible out West. We’ve really got it all out here, from desert lakes to grass lakes. I’m not afraid to flip, throw topwaters or go cranking if need be. Last year I picked up a big spoon for the very first time at Pickwick and crushed them. I just fell in love with the bait and never put it down.”

Other than a versatile skill set, Meyer said a conservative approach mainly accounts for his consistent finishes.

“I guess what I do is figure out what it traditionally takes to cash a check for a certain lake at a certain time of year. If it takes 15 pounds a day, I’ll focus my practice on getting exactly 15 pounds a day. In the tournament, I’ll first focus on getting my limit and then work towards that check benchmark. I will say 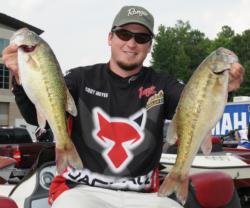 that the power of a limit goes a long way. It keeps you in it, but more importantly it lets you relax mentally and pick stuff apart. That’s really my approach. And I’ll be honest; some of these places are so new to me that I don’t have the confidence to take any risks.”

Over the course of the year, cashing consistent checks can take an FLW Tour pro a long ways, especially with a $100,000 purse on the line for Angler of the Year. Meyer is within striking range, but he’ll need some help from the four anglers above him in the standings.

“It’s not about Angler of the Year for me, although that would be great. All year long I’ve been scrapping for every single point I can to make it back to the Forrest Wood Cup for another crack at Lanier,” said Meyer, who finished second on the Georgia impoundment in 2010.

“That has been my No. 1 goal this year. Everyone knows I love using a drop-shot and I love fishing for suspended, spotted bass. To have another shot at that one has been my main focus.”

Eventually Meyer wants to be winning tournaments like Thrift, Ehrler and Dudley, but for now he’s content with steady improvement.

“I’ve talked with Skeet Reese a lot about it, and winning comes with experience. At a certain point in your career, you don’t have to worry about cashing checks. Skeet said he eventually came to the point where he wasn’t scared to finish last.

“I feel like I really don’t know how to win yet. I still have to learn that and I definitely think that comes with experience. The great thing about the Cup is that you’re guaranteed a good check so that’s not in the back of your mind. In bass fishing, there is a fine line between going for it and being consistent.”

Meyer clearly has figured the “consistent” part out. In due time, he’ll likely make the transformation from consistent to consistently in contention.