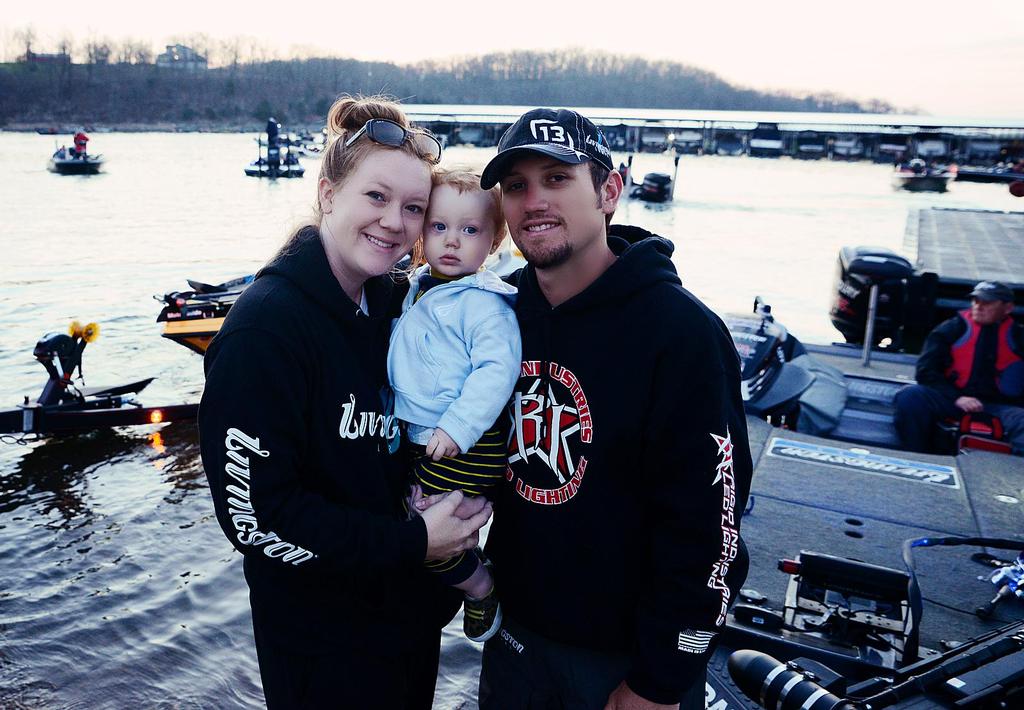 Lindsey Blaylock, whose husband, Stetson, is a touring pro with the Walmart FLW Tour, provides insights into life on the road.

Editor’s Note: The writer’s opinions and observations expressed here are his own, and do not necessarily reflect or represent the views, policies or positions of FLW. 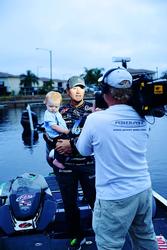 The Walmart FLW Tour has been a big part of my adult life, as I’ll relate in future blogs that involve some of the tournament stories that Stetson and I share. Before I get into the fun stuff, though, I’ll give you a little background on Stetson and me.

I’m a graduate of the University of Arkansas at Little Rock with a bachelor’s and master’s in middle childhood education, and I worked in the medical and insurance fields for eight years. After meeting Stetson at summer church camp when I was 15, we started dating a year later in December 2003 and were married in 2009. “Girlfriend” and – eventually – “wife” weren’t my only titles in those days, as I was also Stetson’s fishing partner for numerous tournaments and circuits while we were dating and at the start of our married life.

I grew up in the outdoors, so to speak, and being with someone so involved in the fishing industry as Stetson is doesn’t constitute an abnormal lifestyle for me. When we first started dating I was just the supportive girlfriend who would attend one or two tournaments a year. Now I’m a full-time fisherman’s wife, mom to our son, Kei, secretary, walking calendar, and travel partner. I’d say part-time driver, too, but Stetson likes to do most of the driving. 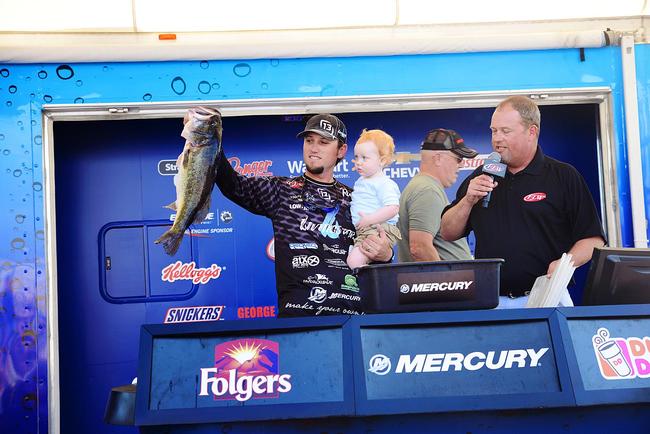 Traveling on the road is definitely an adventure, and I wouldn’t have it any other way. Kei and I started traveling with “Stets,” as I call him, full time beginning early in the 2013 season. Traveling with a toddler isn’t always the easiest thing to do. Bad weather, common colds or nightmares can sometimes alter Kei’s normal sleeping patterns. I have to admit that there have been a few nights on the road when Kei and I watched Mickey Mouse in the truck for a few hours so Stets could get a full night’s rest. At least we can enjoy a nap later while Dad is fishing. One February night at Lake Okeechobee, I actually took Kei out at 2 a.m. to watch Mickey Mouse after a nightmare awakened him, and when he fell asleep again I was hurrying with him back to the room when the lawn sprinklers suddenly started going off. Needless to say, Kei and I went to bed a little soggy that night!

The recent Walmart FLW Tour event at Beaver Lake was an awesome tournament, and Kei and I filled our days with visiting War Eagle Mill, spending time with our “road family” that includes Kelsey and Aubrey (Spencer Shuffield’s wife and daughter), and supporting Stets. Lots of chores have to be performed on the road, such as cooking dinners, doing the laundry, shopping for groceries, running errands, etc, but it’s all worth it to be able to enjoy being a family on the road. 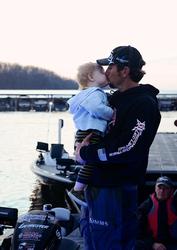 Beaver Lake is always a more enjoyable tournament to me because at least I know my way around, and it’s closer to home than most of our tournaments. There are so many great things to see in northwest Arkansas, and even just driving the back roads is awesome. While in Rogers we got a special treat from our Livingston Lures family who is always there to support us on the road. They took us to Shogun Japanese Steakhouse for dinner, and Kei loved it. On the road we try not to eat out much because I enjoy cooking meals so we can keep it as routine as possible for Kei, but when we get the opportunity for a fun meal we always enjoy it.

On the Monday following the Tour event, the annual Will Fish for Kids Children’s Miracle Network Charity Bass Tournament took place. The evening before, supporters were treated to a dinner and silent auction that are always a blast. It is such a great cause, and the anglers and families have an awesome time attending it. More than $75,000 was raised this year. A cold front moved through that night, and the next morning it seemed as if winter had sneaked back in. Stetson was paired with Erick Arnoldson of Livingston Lures. They weighed in 12 1/2 pounds. Of course, they nearly froze to death in the process of catching their fish as the temperature dipped into the mid-30s. The week prior we were in shorts, but on the charity tournament day we experienced snow flurries. Still, overall it was an awesome week and provided the Blaylock family with some good memories to share on road trips ahead. 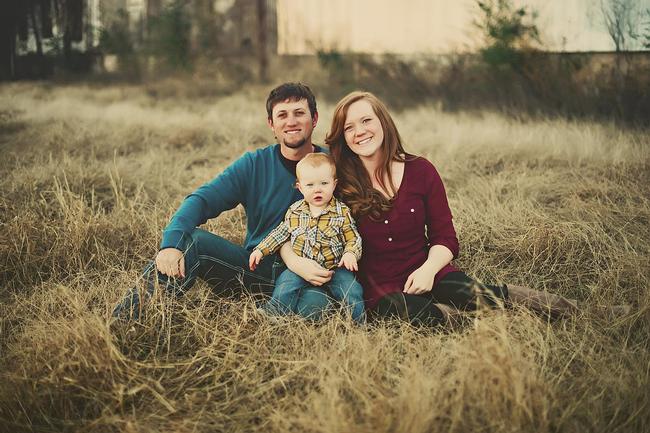 Speaking of which, I look forward to having you along for the journey as we head down the road toward the next tournament, with the occasional look back in the rearview mirror at some of the times we’ve had. Thanks for reading, and if you have any questions please feel free to ask us on Stetson’s Facebook page at Facebook.com/StetsonBlaylock.

We’ll try to answer a few questions with every blog.