KELLY JORDON: Lake Fork is a Homecoming for Me and MLF Format 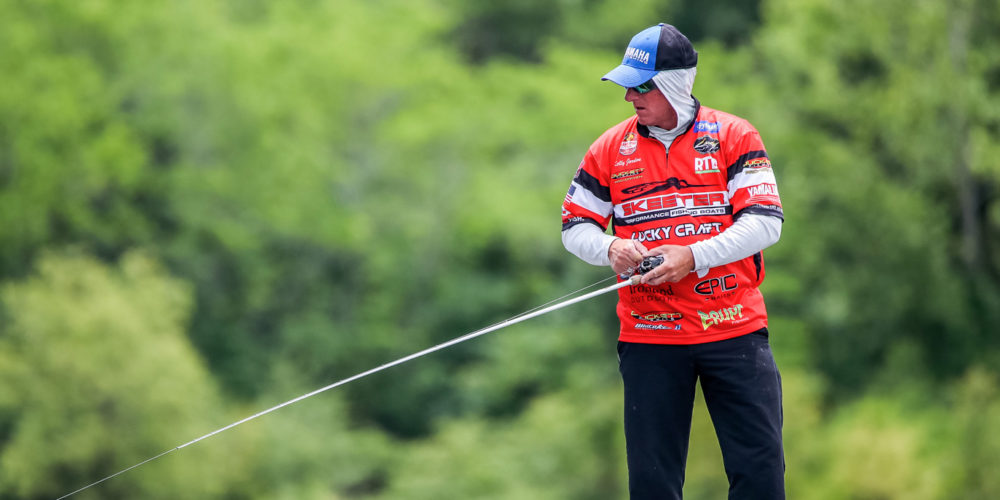 Kelly Jordon is ready to go back to his home lake of Lake Fork next season. Photo by Josh Gassmann
November 16, 2019 • Kelly Jordon • Angler Columns

When I first saw the 2020 Bass Pro Tour schedule, one place in particular caught my eye: Lake Fork. Those two words garner so much respect in the bass fishing community, and I can’t believe we get to take 80 of the world’s best anglers there in March for Stage Three.

I’ve spent a lot of my life fishing on Lake Fork, and it’s what I consider to be my home lake. I’ve led countless guided trips out on the search for the monster bass that live there. Lake Fork is home to the biggest bass caught in Texas history at over 18 pounds, and I’ve heard some guys say they’ve seen 20-pounders that have died of old age.

The big fish possibilities are endless in Emory, Texas.

The Godfather of the MLF Format

Back in 2007, myself, Dan Friedken and Donato Ramos created the Toyota Texas Bass Classic, which would be the first-ever professional tournament with a format where angler caught fish, weighed them on the water, and immediately released them back into the lake.

That tournament was really the godfather for what Major League Fishing is today. We proved during that first tournament that this format could be a viable option for protecting our lakes while still putting out a competitive product that people wanted to see.

Little did I know that 2007 would be the start of what we’ve built at MLF today.

It’s really been a dream come true to see how far the catch, weigh, immediate-release format has come since then. Major League Fishing has taken that format and been able to get the most out of it while also reaching mass audiences with it, thanks to the Bass Pro Tour and the MLF Cups. That’s all due to the work that MLF leadership, Gary Klein and Boyd Duckett have done over the years.

I’m so fortunate to have been a part of the creation of the format, but also to have been around MLF since day one. I really am living the dream.

Ready for a Home Lake Win

Now, we’re going back to where it all began. When I saw the success that Andy Morgan had last season on his home lake of Lake Chickamauga, I was so happy for him. Now, I’m hoping the same thing can happen for me come March on Lake Fork.

There’s a lot to prove on your home waters, and I’m planning on doing that. I won the 2008 Toyota Texas Bass Classic on Lake Fork along with three other guys, so I know what it takes to win on that lake. That was the most exciting win I’d had in my career, until I won an MLF event.

If I can keep my head on straight and stay focused on the task at hand, I think I’ll have a pretty good shot at winning when we go to Lake Fork. I have to block out all the expectations and distractions that can come with fishing on your home lake, and just really hone in on my ability to fish that lake. I will try to use the energy that I get from my family and friends, and focus that into locating some of the giants that Lake Fork has to offer.