KEVIN VANDAM: Ramping up for REDCREST 2022 on Grand Lake 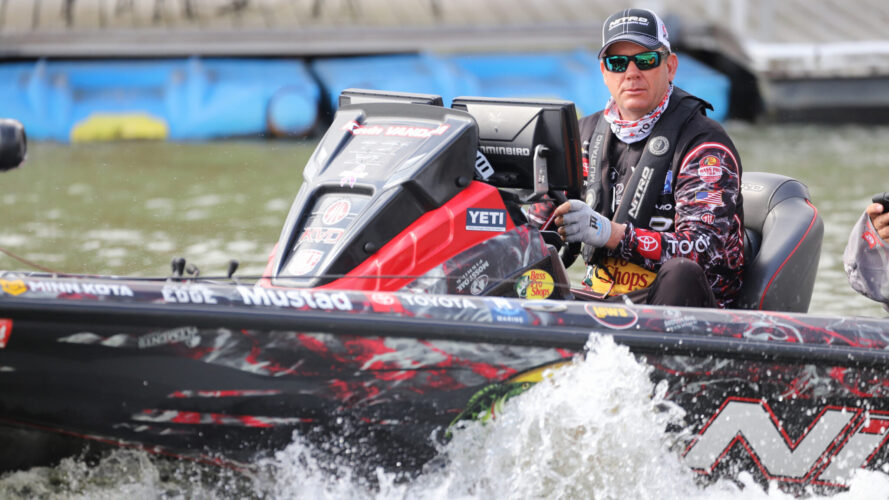 To say I’m pumped about REDCREST 2022 Presented by Costa being held at Grand Lake in Northeast Oklahoma would be an understatement. I love Grand Lake, I’ve had a lot of success there over the years. I’ve won two Elite Series events there, but I’ve also had two Bassmaster Classics titles elude me there, so I’m ready for some Grand Lake redemption. To win REDCREST at Grand next week would certainly help right that ship.

Grand is one of those lakes that’s literally custom-made for bass tournament competition. Grand fishes like an Ozark-type impoundment – like a Lake of the Ozarks, Table Rock or Bull Shoals – but it’s shallower, a little flatter and has a lot more color to it. And, those are all good things. That makes it a very fertile fishery with plenty of shad and crawfish that help grow thick, stocky bass that are very aggressive.

My favorite thing about Grand is that it patterns so well. If you dial in a bite on a particular cover, with a particular lure, at a particular time, you can run that pattern to a T, up and down the lake. And there’s plenty of water to run, yet at the same time the lake is the perfect size to be very manageable. You can run, gun and hop around Grand in no time.

If you are mid-lake, you can run down to the dam or up the rivers in 15 or 20 minutes. You don’t have to commit to an area because of a long run like you would at Table Rock or Lake of the Ozarks. And, you don’t get bogged down in areas because of timber like at Fork.

Grand is wide open for changing on the fly. If you are cranking down at the dam and suddenly want to pitch jigs on wood up the river, you can make that change in a matter of 15 minutes. Speaking of that, Grand is also very diverse. The qualifiers can fish just about any way they want in terms of depth, water color and cover.

You have to change with the weather at Grand by the hour: sunny skies suddenly turning cloudy; wind shifting directions and blowing into places that were calm; water rising from a big rain – these weather wrinkles change bass behavior at Grand fast. The guys that crack the codes of changing conditions will be the ones that suddenly make big leaps up the SCORETRACKER®.

Speaking of conditions, Oklahoma just got walloped with another hard cold front, which will hold the lake back into more of a late winter to pre-spawn period. The lake has been about 2 feet low, but there is a forecast of rain before REDCREST. Then looking into the long-term forecast for the event, it is moderate but stable, lows in the mid 30s, highs in the mid 50s – no drastic cold front or sudden warm up. Depending on how much rain falls, the lake might be on a slow rise during the event, which will make things interesting.

Just thinking about the possibilities of what could happen at Grand for REDCREST gets me fired up and I’ve got a score to settle there next week.