KEVIN VANDAM: Ready for a return to Florida sunshine and big five-bass limits 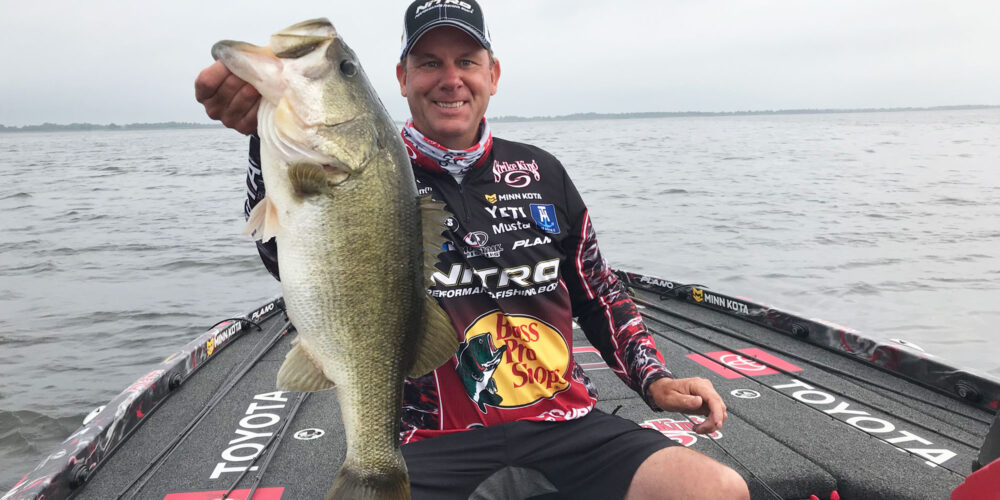 Early in my career, there was a tradition in the sport of professional bass fishing where tournament circuits, tours and trails always started down in Florida during January and February. No matter which circuit you fished, once the holidays wrapped up, you climbed in the truck and headed south and didn’t stop until the thermometer read 75 degrees, which was usually about Central or South Florida.

So for about the first 20 years of my career, there was a standard migration of bass pros to the Sunshine State in January to kick off a new tournament season.

The lakes we fished were the usual Florida suspects: Okeechobee, Toho, Harris Chain and the St. Johns River. They were all so close regionally, that no matter which lake the season-opener was on – making it off limits – you could always find another similar “weedy bowl” nearby to go knock the rust off before the season began. With that, most anglers headed to Florida in early January to get out of the cold, break in their boats, catch a few bass and tell recent hunting stories while wearing shorts. It was almost like professional fishing’s informal version of Daytona’s Speed Week, where the industry got together before the checkers drop on a new season.

The upcoming 2023 Bass Pro Tour season kickoff on Lake Toho and the Kissimmee Chain has the feel of those traditional Florida season-openers.  I’ve heard that many pros, from all circuits, are already in Florida or headed that way to get in some preseason practice, enjoy some warm weather and probably tell some hunting stories. It brings back a flood of old Florida memories for me and makes me anxious to get down there and be a part of it.

Speaking of traditions, this year the Bass Pro Tour will be utilizing the five biggest fish as the scoring standard for their events. Starting at Stage One, the traditional “five-fish limit” format will replace the every-fish-counts format for regular-season events. We’ll still be conducting catch-weigh-release in the boat, but SCORETRACKER® will be doing the culling for us, automatically tabulating only our five best scorable bass.

I think it’s fitting that Lake Toho be the setting for this return to such a bass fishing tournament tradition. As many of you know, Toho holds the honor of being the lake where the largest five-bass limit in a national tournament was caught. In January of 2001, Dean Rojas caught a stunning five-bass limit weighing 45 pounds, 2 ounces in a BASS Top 150 event that still stands as the national record today. Twenty-two years later, I can still remember that event like it was yesterday. There were multiple 30-pound plus limits weighed in that event. So, it’s only suitable that the Bass Pro Tour begins its five-fish era in Central Florida.

While a five-fish limit might be new to the Bass Pro Tour, it’s nothing new to the anglers who fish the Tour. We’ve all fished five-fish tournaments for years and had success with that traditional format. In my opinion, the change is going to help those anglers who are patient, deliberate, committed and thorough. The five-fish mentality favors these qualities. Guys who fish this way will no longer be pushed out of their comfort zone by a numbers game breathing down their necks. Even if they have just two bass on the board with an hour to go in the day, they can stay true to their game and strategy, waiting for an area or bite window to open up, right up to the last minute.

It’s amazing how many fishing careers have been made in the last two or three casts of a tournament day.

Five-fish tournaments have a different pace to them, for sure. Overall, it might slow the game down, but it will make for some much closer finishes and heroic endings. I predict extraordinary comebacks in the closing minutes of the day instead of complete blowouts that started in the first period. Also, I think we’ll see some bigger lures and power techniques making the bigger moves up SCORETRACKER®, especially later in each competition day. Look for some of the old Florida originals like big punching baits and big soft plastic swimbaits to make headlines again.

The Bass Pro Tour has already visited Toho twice in its history. In fact, the very first Bass Pro Tour event was held on that chain in February of 2019. In 2020, Heavy Hitters was held there in June. Ironically, I learned more about that fishery during that one summer event than I have in many winter tournaments down there. Seeing where they go during their true postspawn just helped give me a different perspective on that place.

Since Lake Toho was named the opener, I’ve been watching the Florida weather carefully. They had one hard cold snap down there in December, but I’m hoping for a few more in January to really drive the water temperature down. In my history of fishing Florida in the winter, it always seems the fishing is best after a really cold winter.

I think hard winters in Florida do several things to help the fishing. For one, it puts a dent in the forage selection by killing off more temperate forage like tilapia. Also, it tends to thin out the grass a bit more. Most importantly, it seems to concentrate bass into true waves on the warming trends, putting them all on the same spawning cycles. If the water temperature gets pushed down into the 50s for few weeks, and then you get a warming trend that coincides with a growing moon, that’s when the magic happens in Florida – that’s when it’s possible to catch those giant 30-pound limits.

Call me nostalgic, but I’m ready to get back down to Florida to start a new chapter in Major League Fishing’s history with some warm weather, power fishing and big five-bass limits.