MARK DAVIS: I Have Guitar Playing (and Fishing) in my Blood - Major League Fishing
Shop

MARK DAVIS: I Have Guitar Playing (and Fishing) in my Blood 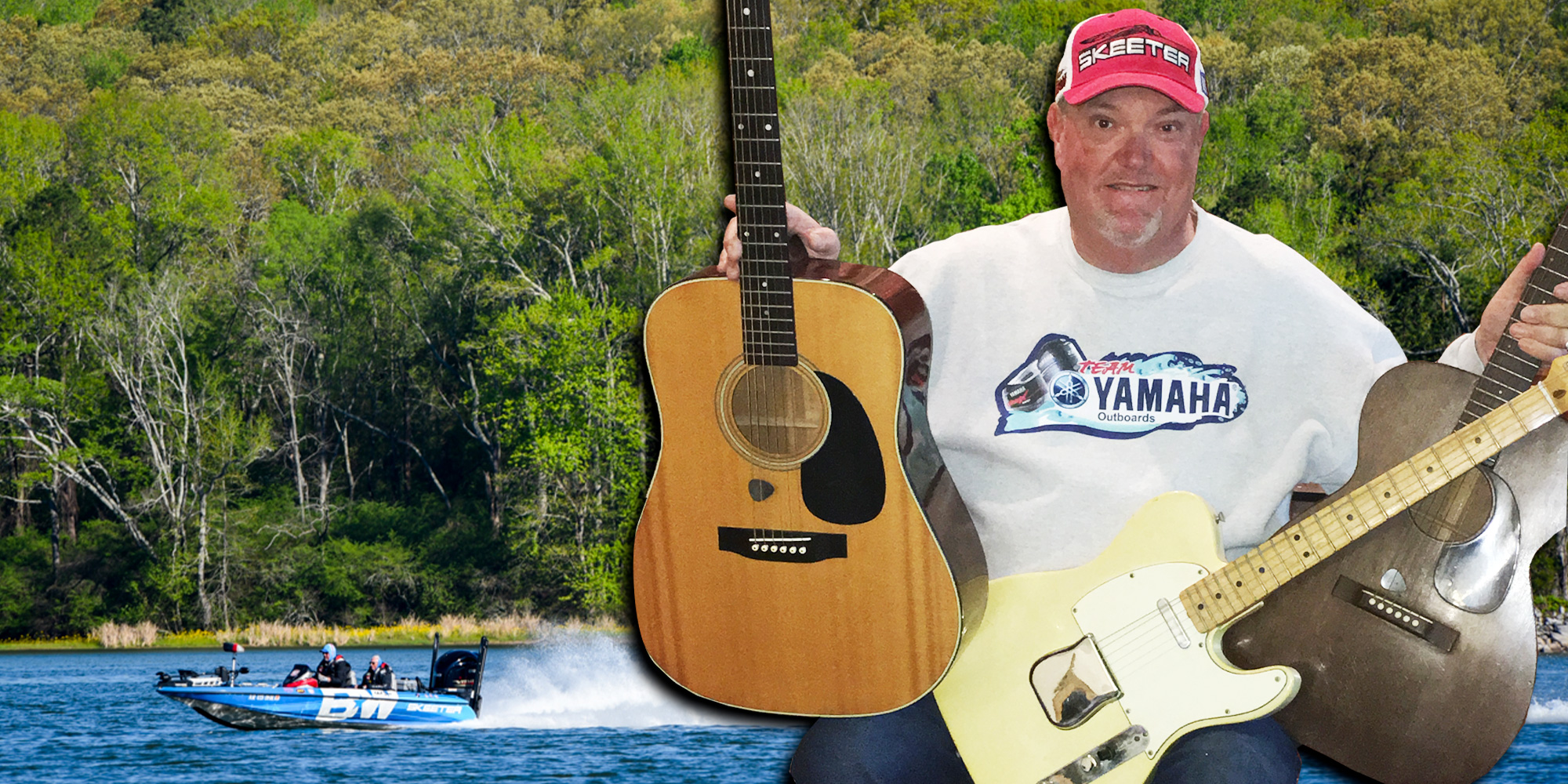 As some of you might already know, I really enjoy playing the guitar. I don’t play as much as I did when I was younger, but I dearly love it.

My guitar playing started when I was a kid. My grandma – who was born in 1904 – had an old Martin acoustic guitar that she and my granddad played, and she let me start playing on it when I was 6 or 7. I was a big kid, so I could use a full-sized guitar even at a young age, and I learned my first couple of songs on that old brown Martin: Wildwood Flower and Spanish Fandango.

I still have that old guitar, but I need to play it more. It’s such a good guitar, it almost plays itself.

I’d listen to songs on the radio that I liked and worked at figuring them out. I can’t read a lick of music, and I know I should’ve learned. Not reading music makes it a lot harder to learn to play a song. Funny thing, I remember as a child I took guitar lessons: I hated it. I really should’ve stayed with it, but re-learning songs the “correct” way that I already knew how to play? I just didn’t like that at all.

I played a lot in my teens, but as my career in bass fishing picked up, I started to play less. If I could travel back in time, and I didn’t have a love affair with bass fishing, I would’ve pursued music as a career. But as a 10- or 12-year-old, I knew I wanted to pursue a career in fishing, and this was before people really did that as a profession. Bobby Murray had won the Classic and I just knew that’s what I wanted to do for a living.

Either way, I was destined to choose sort of an oddball career: fisherman or musician? There’s a better chance of farming on the moon than having either one of those work out. Fishing did, though.

Glad to be Playing Again

I picked up a guitar and started playing a bit recently at my hunting lease. I’ve had this lease for about 12 years and leave things at the lodge so I don’t need to bring items back and forth. I brought an old junker Yamaha acoustic guitar there – bought it used, I believe – and it’s just been sitting there in a corner gathering dust for years.

But I dug that guitar out recently, cleaned it, put new strings on it, a little furniture polish to shine it up, and it sounds good, and is easy to play. So this fall, I’m sitting around the fire at the hunting camp and playing again.

My other enjoyment besides hunting and playing guitar at my lease is cooking, and it shows! The other night, we had fresh fish caught out of a pond, dove breast filets stuffed with cream cheese, jalapeno, and wrapped in bacon, as well as sauteed fresh Gulf shrimp. The night I arrived, there were doves being cooked over wild mesquite wood. So good, that wood is what makes the flavor. If you can get some, try it out.

A Quick Update on My Health

I wanted to share a little health update as well.

As many of you know, I was recently diagnosed with Rocky Mountain spotted fever, which is similar to Lyme Disease. It’s a rare deal, and I’ve only known of a few people who have it. It starts out with a bad headache and fever and long-term arthritis, and other symptoms can set in, too. Each case is different, and you never get rid of it completely. I’ve been told that it reoccurs once a year.

I sure appreciate all the well-wishes Tilly and I have gotten over the past couple of weeks. It’ll just take some time to recover, but I can still do everything I did beforehand – like playing the guitar and fishing.