MARTY ROBINSON: Learning Lessons from My Family on the St. Lawrence River 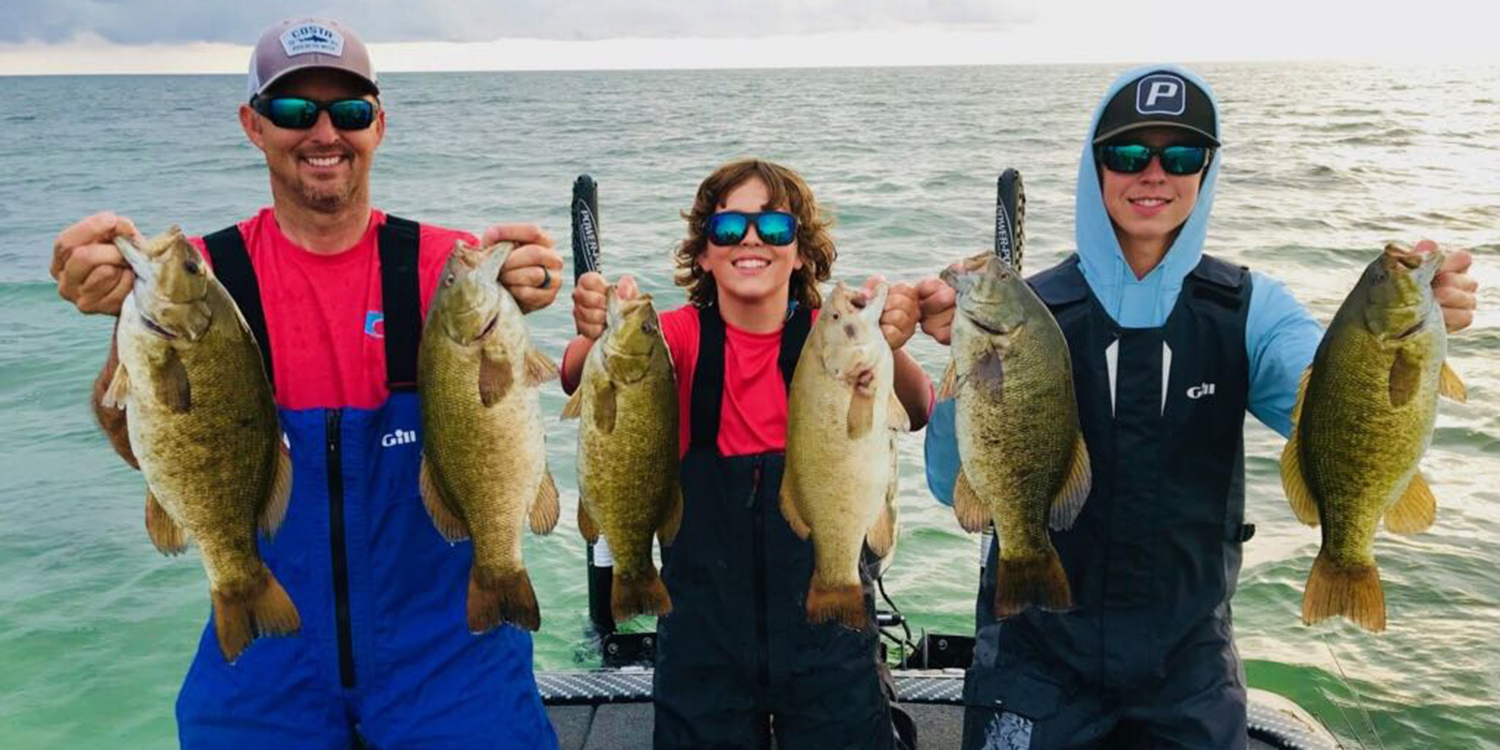 This offseason has been good to me so far. I’m keeping busy by doing some commercial plumbing when I’m not fishing. Recently, my family and I took a trip up to the St. Lawrence River and Lake Ontario, and we got lucky with some great weather and good fishing while we were up there. We fished the lake for a day and then the river for four days.

It was such a great trip because I’ve been up to the St. Lawrence River before, but I never got to fish as much as I wanted to. It’s such a large body of water that it takes so much time to explore different parts of it.

I spent a lot of time working a drop-shot in search of some great smallmouth. We were able to find plenty of them with some swimbaits as well. In terms of largemouth, we went with some vibrating jigs and fluke sticks. Myself, my wife Iris, and my sons Marshall and Mitchell reeled in some great numbers out there, with plenty of 4-pounders.

It was really nice to be out there with my sons since they are turning into such great fishermen. They have both been fishing since they could stand, and now it’s hard to believe they’re already in high school and competing in tournaments. They don’t get many chances to fish for smallmouth down in South Carolina, so I was really excited to take them up north and show them what I had learned about smallmouth fishing.

Fishing with my sons is such an enjoyable experience since I don’t get to do it much during the season. We take it pretty seriously when we go out there together to try to get better, but we also have a whole lot of fun. It’s a learning experience for both myself and my sons. I try to teach them what I have learned over the years, but I also try to stand back and watch how they fish.

I’ve realized by watching Marshall and Mitchell that I can really learn a lot from them. There’s nothing better than seeing a body of water through the eyes of a kid, because they pick up on things that I never would have even thought of or seen. We as older anglers can learn so much from the younger generation because they’ve learned so much from watching YouTube videos about different techniques and fishing different bodies of water. The younger generation likes to try something new all the time, and I think that is a good thing not only for them, but for the sport.

Marshall just finished fishing in the high school national championship and got an eighth-place finish with his teammate. This was the second year in a row that he was able to make it to nationals. I was really proud to see him do so well because they both had a great tournament. They worked really hard in practice, so it was nice to see it pay off for them in the end.

I’ll spend the rest of my offseason working away and preparing for next season, but I’m definitely enjoying my offseason while it’s here.