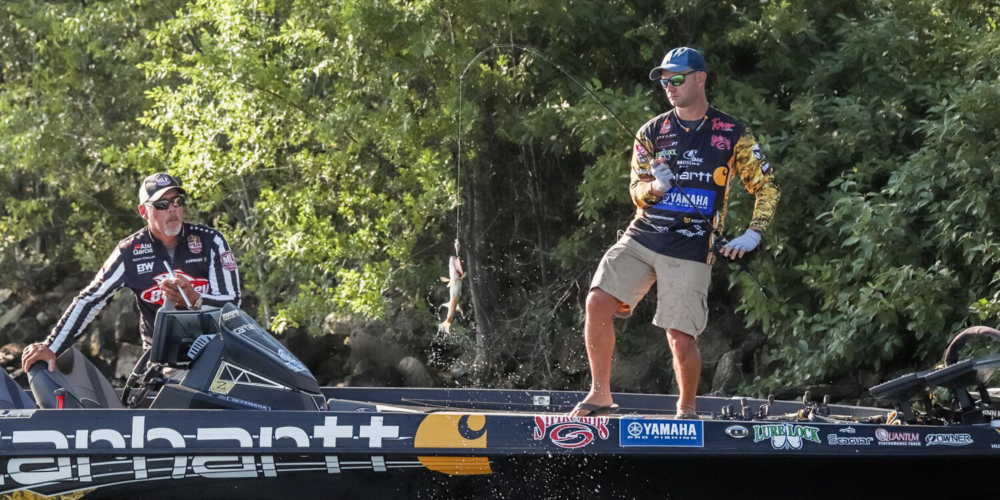 There are so many up and coming anglers in our sport, and one thing you hear from a lot of people is about how versatile they are. While that’s a great quality to have, when you get to the highest levels of bass fishing, you see that the guys who are successful have maybe one or two techniques where they really thrive.

That’s why I think versatility is a little overrated.

Now, I’m not saying, “You only need to worry about flipping and don’t ever do anything else.” But when you look at guys like Greg Hackney, Jason Christie and even Kevin VanDam, those guys have techniques that, if all else fails, they know they can rely on to catch them some fish no matter where they are.

If you get in the boat with me this fall in Alabama on Lake Guntersville, you’d see that I would probably have a crankbait, drop-shot, skinny dipper, swim jig, and a vibrating jig on my deck. Whereas a guy like Fletcher Shryock is going to have only three rods on his deck: two flipping sticks and a frog.

Another example is a guy like Brett Hite, who is a master of the vibrating jig. At Stage One in Kissimmee, Florida this year, we saw Brett catch a 9-pound, 12-ounce largemouth with a Chatterbait because he trusted in his technique and went around looking for good spots to throw that bait. Instead of figuring out what the fish wanted to bite, he caught them on what he wanted to catch them on.

A lot of times that can be an easier task than you or I going out there with 45 rods on the deck and trying to figure out the winning school of fish, and what they’re biting.

Hite didn’t end up winning Stage One, but I can guarantee you that whenever we go somewhere that the fish are biting that vibrating jig, he’s going to win. When the fish are on a flipping bite, I look for a guy like Greg Hackney to win. Even though both of those guys can do a lot of different techniques and can catch them in different ways, they choose not to and they’ve made pretty great careers out of it.

Figuring Out Your Go-To Technique

When you’re trying to figure out what your go-to technique is, it might have something to do with the part of the country you were raised in. Terry Scroggins and Bobby Lane are both versatile guys, but growing up in Florida, flipping is where they make their money. Tommy Biffle is from Oklahoma, where a hardhead and a Biffle Bug dominates. Kevin VanDam is kind of an outlier, because I wouldn’t say his specialty–deep cranking–is normal in Michigan. However, he’s had so much success on the Tennessee River that I think it’s kind of like a second home to him in a fishing sense.

I don’t think you have to search for your favorite technique because you might already have it in you due to where you grew up.

College kids always ask me what they need to do to become a professional angler. I tell them that there’s so many talented young anglers out there that it really comes down to what’s between the ears more than anything. Have confidence in what you’re doing and don’t try to do too much.

When you go somewhere new, you can really find yourself getting caught up in that dock talk. I think anglers that really trust their own instincts and the baits they have confidence in really have an advantage over everyone else.