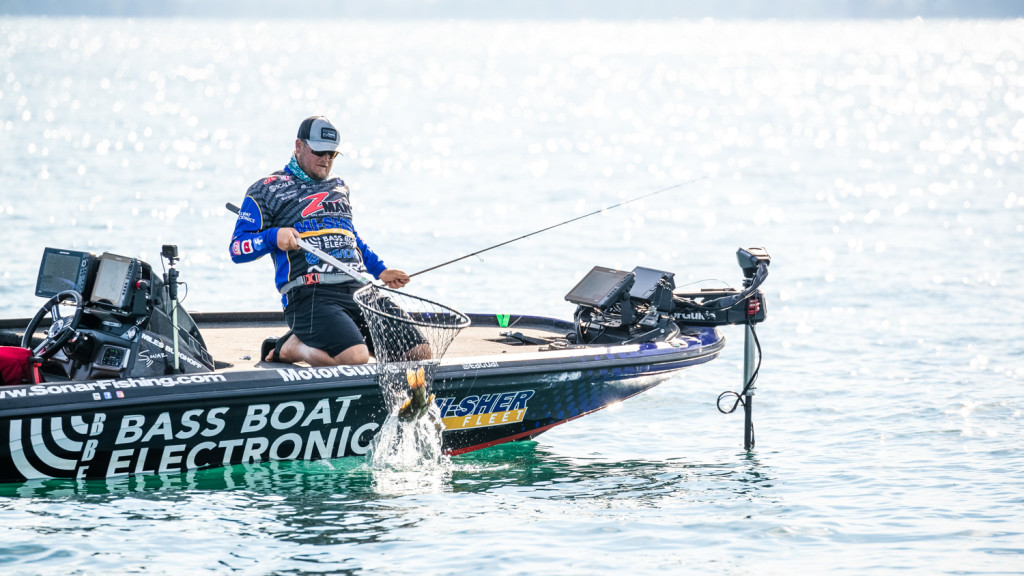 With December already in the rear-view, and the 2021 tournament season knocking at the door, it’s the time of the year where I start putting things in gear in preparation for the coming season.

Evaluating the previous year’s performance and preparing myself and my equipment for next year is what this time of year is all about – and there’s a lot that I have on my checklist to get ready for the 2021 Tackle Warehouse Pro Circuit season.

The sophomore slump is a dreaded superstition that almost all anglers either believe in, or for those who claim to not be superstitious, silently pray that it doesn’t happen to them.  Personally, I was in the latter category, as I’m not very superstitious, but I wouldn’t like to take any chances.

Coming off a decent rookie season, I felt like I had more to prove in my sophomore season- if not only to myself.

I wanted to prove that I could remain consistent on the Pro Circuit and continue learning from my mistakes. With two top 10 finishes, a berth in the first Tackle Warehouse TITLE, and landing in 13th in the overall AOY points standings, on paper my sophomore season went pretty well overall, but I wouldn’t go as far as to give myself top marks. If I had to give myself a letter grade for my 2020 season, it would probably be a “B”.

Ok, so why a B?  Well, for all the great events I had this year, I also had two events where I went against my gut completely, and also paid little attention to the changing conditions.  At both Lake Martin, and the Mississippi River, I got caught up in a game plan, and failed to adjust properly with the conditions, resulting in 90th and 157th place finishes respectively.

The Mississippi River event in particular was a major fail in my book.  Not only did I fail in regard to the overall results, but I neglected to pay attention to conditions and tripled-down on a frog pattern without paying attention to the falling water levels. This is the same exact mistake that resulted in a bomb at Lake Champlain in 2019.

Mistakes are always going to be made, but what I can’t abide is making the same mistake multiple times in consecutive seasons. Not making a similar mistake will obviously be a goal moving forward.

Now let’s look at the good. Despite making some major mistakes in 2020, this year also marked some major milestones.

At Sam Rayburn I overcame a series of substantial adversities and captured an 18th place finish despite the extreme challenges. At Lake Chickamauga, I overcame my fear of, and poor track record on, the Tennessee River fishery, and got my first Tennessee River top 10.  At Erie, I raised the bar for the most treacherous run I’ve ever made in competition, traveling 95+ miles each way, in less than ideal conditions, to achieve a 35th place finish.  Finally, at the TITLE on Sturgeon Bay, I overcame a dismal day one where I only caught one fish, and came back with the second biggest SCORETRACKER® weight of day two so that I nearly came back to qualify for the Knockout Round.

Overall, I accomplished a lot during this year, but I can’t give myself a better grade overall because the mistakes I did make were mistakes I made too recently to forgive at this time. But, I can work towards not making these mistakes again in the 2021 season.

Obviously, a big part of preparing for 2021 is recognizing my mistakes and making an effort not to make them again.

Otherwise, my preparation has more to do with finalizing sponsorship agreements, getting my new Nitro Z21 rigged up, and getting the rest of my equipment dialed in.

Additionally, I have started to analyze each stop on the 2021 Pro Circuit schedule and start anticipating how I will approach practice and figure out which ones I might need to scout prior to official practice. Overall the schedule looks really good when it comes to my style of fishing – and I mean REALLY good!  My strength has always been shallow power fishing, and each of the events seems to cater to that to an extent.

However, despite the schedule seeming to favor my fishing style, I am also well aware that sometimes the events turn into something unexpected, so I cannot afford to make any assumptions and I must treat the preparation of each event with kid gloves.

My 2020 season was a good one, but I still have a lot to learn, and many challenges to overcome in 2021 if I’m to remain consistent.  However, despite the challenges ahead – or maybe because of them – I couldn’t be more excited to compete in my third season on the Pro Circuit.