ROY HAWK: Gearing Up for the U.S. Open 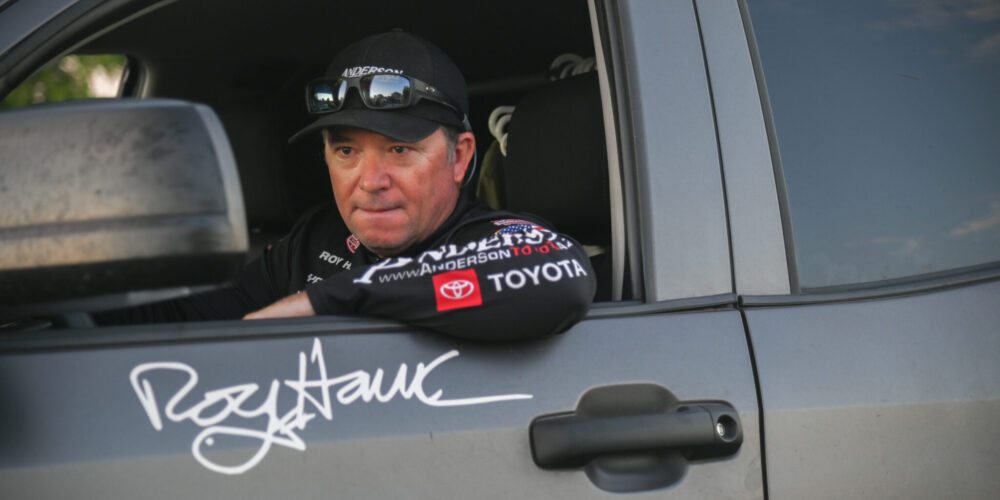 Roy Hawk reflects on his past success at the WON Bass U.S. Open as he prepares for the 2022 competition. Photo by Garrick Dixon. Angler: Roy Hawk.
October 9, 2022 • Roy Hawk • Angler Columns

Immediately after I wrapped up fishing in the General Tire Team Series in Minnesota in late September, I made the long drive home to Arizona. I had fun, but I was also looking ahead to an upcoming tournament the whole time I was there, the WON Bass U.S. Open at Lake Mohave on Oct. 10-12. It’s a tournament unlike any other and a huge deal in the West.

I’ve been fortunate to win it twice, including last year and it’s a tournament I have fished for years. When I was younger, I saved up all year to sign up for it. It was my one shot every year to make some big money and use that to start a professional career. Finally winning it in 2015 after more than 20 attempts was an amazing feeling.

It’s a popular event for all of the guys on the West Coast, including some of my fellow Bass Pro Tour anglers. Josh Bertrand and Luke Clausen are fishing it this year, and so is bass fishing legend Rick Clunn. Spencer Shuffield is also coming from Arkansas to give it a try. Whoever wins it this year earned it and that’s how it is every year – it’s a challenging event.

A Unique Format and Venue Change

The U.S. Open is a unique event because it’s a shared weight format, meaning your partner is your teammate for the day. I’ll be paired with a different co-angler (they call them AAAs) every day, fishing for a limit between us. Then, we each count our daily totals from the three days for our overall tournament weight.

I’ve never heard of this format besides these events. You work together all day, share baits, and want each other to catch fish. It’s a lot of fun.

This is the 40th edition of the event and for the first time it will be somewhere other than Lake Mead. It’s sad because the low water forced them to move the tournament down to Lake Mohave. But, this is still the U.S. Open.

Mohave is a lot clearer than Lake Mead, which is saying something. It also doesn’t have all of the river arms coming into it and Mohave is not as diverse because there are no areas to run to find dirtier water.

On Mohave, it’s always really clear, but during the winter months when there is no algae, it’s nothing to look down and see fish swimming on the bottom in 30 feet of water. You can cast a bait out and see it come back to you the whole way, it’s wild. It’s a major difference from what we see on most other lakes in the country and adds to the challenge.

As much as I’m sad it’s not on Mead, I’m excited to see what Mohave can produce. The weights will be higher and there’s a chance that someone will catch a 20-pound limit every day if the weather cooperates.

That’s the thing about the desert fisheries, they can get rough quickly, and it’s not uncommon for them to cancel a day of fishing in this event because of extreme winds. The long-range forecast looks good, but this time of year is when we usually get the first major cold front, bringing plenty of wind with it.

My strategy for the event will be to find as many spots as possible and understand that the 200-plus boats fishing will put a lot of pressure on the lake. These Colorado River chain lakes are all about moving and never relying on just one spot; you need to have something up and down the lake and understand that if you catch one in an area, you may never see one there again. That’s what makes this event such a challenge and what makes it the U.S. Open.