SKEET REESE: I’d Like to Put an Exclamation Point on the 2022 Season at Mille Lacs 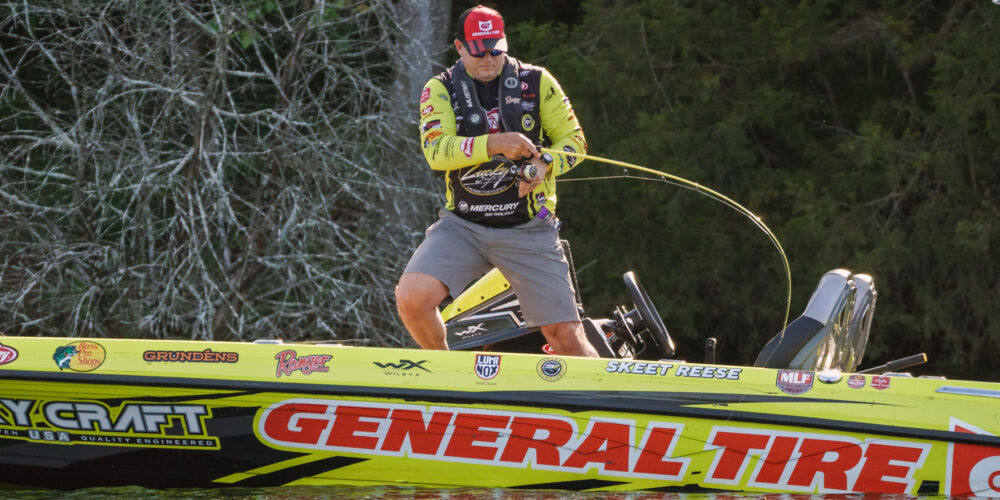 What a difference a year makes – seriously. By this time at the end of the 2021 season, I had won an event on the Tackle Warehouse Pro Circuit and qualified for the REDCREST championship on the Bass Pro Tour. This year was really different. Last year it seemed easy. This year – not to be cliché – but it’s been a grind for me.

My success at making Top 10s in 2021 was expected simply because I expect to do well every year. But something was a little off this season – it’s been mentally challenging. To be fair, I should’ve made the Top 10 in the Angler of the Year points on the Pro Circuit (and I would’ve if my steering wheel hadn’t come off and I hadn’t missed a weigh-in at the last event of the regular season).

Maybe the sheer number of events I fished caught up with me. It’s been a taxing season and I’ve spent a lot of time away from home and away from my family. There have been three or four stretches this season where I was gone for a month straight.

I’ve been a one-circuit guy for most of my career, not a numbers guy. Even though the 2021 season went great fishing two major tours, this year caught up to me. I fished more events this year than I had before in my 25 years of fishing for a living. So, in 2023, I’ll just be fishing the Bass Pro Tour.

I think I’ll need a top-three finish at Stage Seven at Mille Lacs to have a chance to qualify for REDCREST in 2023. Heavy Hitters is probably out of reach for me as well, unless I somehow weigh a 7-pounder and everyone else steps on themselves.

If I don’t make either of those two events, well, I’ll just have a little more time off next season.

Funny thing is, though, I thought Cayuga Lake was going to be an event where I put myself solidly into contention to make REDCREST, but my performance was subpar.

At Cayuga, on the first day of practice, I tapped into smallies; a 6-plus-pounder, and then several 3-plus.  On the second day of practice, I got on a shallow-water frog bite that was amazing. It was pretty easy and I started the tournament on that frog bite. I didn’t think about Saturday boat traffic and local fishing disrupting the shallow bite.

Moving on to Mille Lacs to close out the 2022 BPT season, I don’t really know what to expect. I have past history there, but I don’t expect the size of fish to be as on the average as in previous years, when it was full of 3- to 5-pounders. I’ve even caught a few largemouth there over 5 pounds. But, unlike Cayuga, I don’t think largemouth have a chance to be the winning fish at Mille Lacs. The top of the SCORETRACKER® will likely be guys catching smallmouth.

It’s All a Balance

I’ve been fishing for a living for 25 years. One thing I’ve learned for sure is that there are always up and down seasons. You can’t always tell when you’re going to have one or the other. My goal is to have no crappy years – at least decent to good seasons. Or better yet, great ones.

There are more winning seasons ahead for me. I intend to be in even better physical shape in 2023. My body doesn’t respond as well to workouts now compared to the younger me. My recovery takes longer, the workouts feel twice as hard with less results, but I still feel leaps and bounds in better condition compared to other guys my age (and even some of the younger anglers).

I have no idea how long I’ll keep being competitive.  As long as I’m having fun and I’m competitive, I’ll keep going. It’s all about where I’m at in my stage of life, and what priorities are most important then. For now, I still plan on winning a few more