Meyer Motivated by “Catch” of a Lifetime 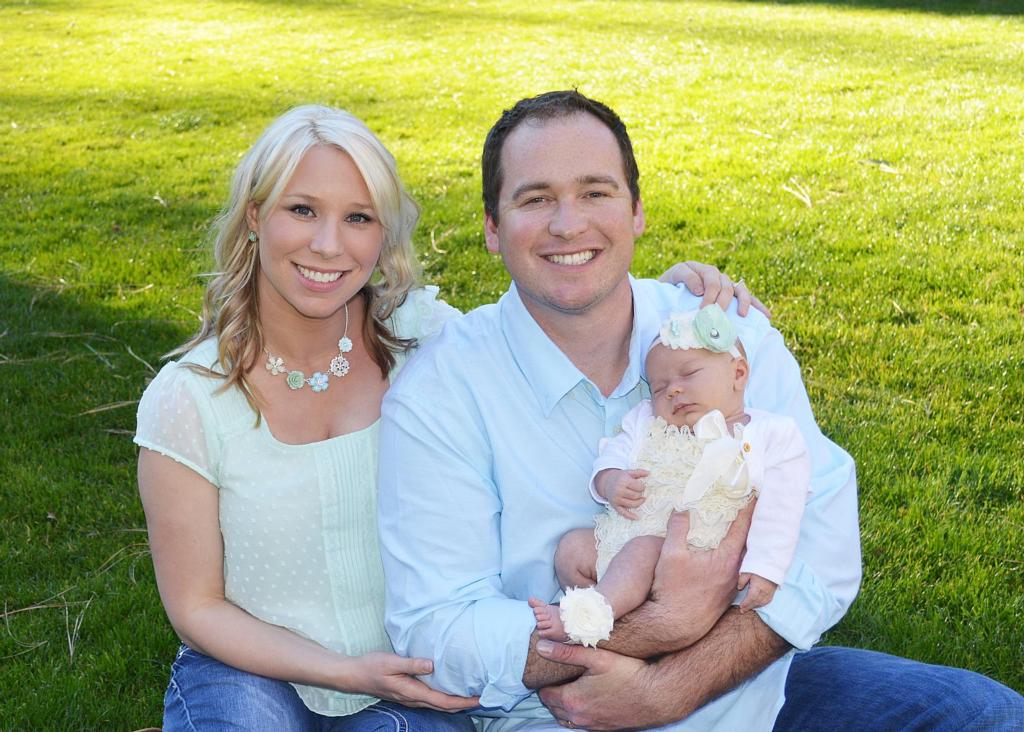 Cody Meyer had a tremendous Walmart FLW Tour season in 2014 – three top-10 finishes, his seventh consecutive Forrest Wood Cup qualification and a second-place finish in the Angler of the Year race.

Suffice it to say, the seventh-year pro from Auburn, Calif., carries significant momentum into 2015, but that’s not all he’ll bring. Meyer’s recently intensified motivation comes from something you can’t find on stat sheets or in a tackle bag.

Put it this way: Meyer has hoisted plenty of nice largemouth, smallmouth and spotted bass, but on Jan. 14, he lifted the most precious “catch” he’s ever held: Brooke Emily Meyer.

“It’s the most amazing thing,” Meyer says. “You look at her, and she’s half of you. It’s just amazing to make this little miracle. I’d do anything for her. If she needed my heart, I’d give it to her.”

Thankfully, Kari Meyer, Cody’s wife, had a straightforward delivery, though it did catch just about everyone unaware. She woke around 1 a.m. that mid-January morning with what she thought might be a contraction. The next few hours brought increasing frequency in her contractions, and at 5:30 a.m., she phoned the obstetrician and headed to Sutter Roseville Medical Center, which is about 30 minutes from home.

General consensus among the doctor, a friend they called on the way and even on-site staff was that this was likely one of the false alarms common for first-timers. But such conjecture went out the window when a nurse examined Kari and determined it was go time.

“The nurse told us, ‘You’re having a baby today,’ and 12 hours later Brooke was born,” Cody adds. “Honestly, I thought it was going to be tough, but you don’t know what to expect your first time. Kari did great. She was on Facebook with her iPhone 30 minutes before she started pushing. From the time she started pushing until birth was only 18 minutes.” 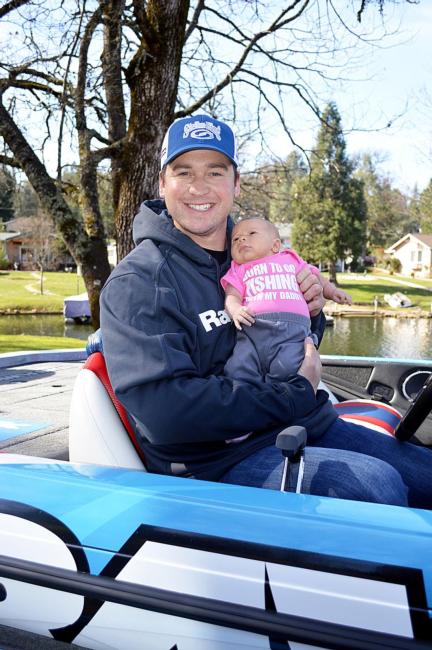 “Kari was saying, ‘Seven pounds, 6 ounces – you’ve caught bigger fish,’” he says. “Honestly, fatherhood doesn’t even compare to my fishing career – it’s so much better than anything I’ve experienced before.”

The Meyers have been married about eight and a half years, and while they’ve enjoyed their seasons of travel, career development (Kari’s a dental hygienist) and – oh yeah – sleep, they’re now asking themselves why they didn’t expand the team earlier.

“Knowing what we know now, we would have had kids a long time ago,” Cody confesses. “We both did what we wanted to do, but having a baby is well worth it.” 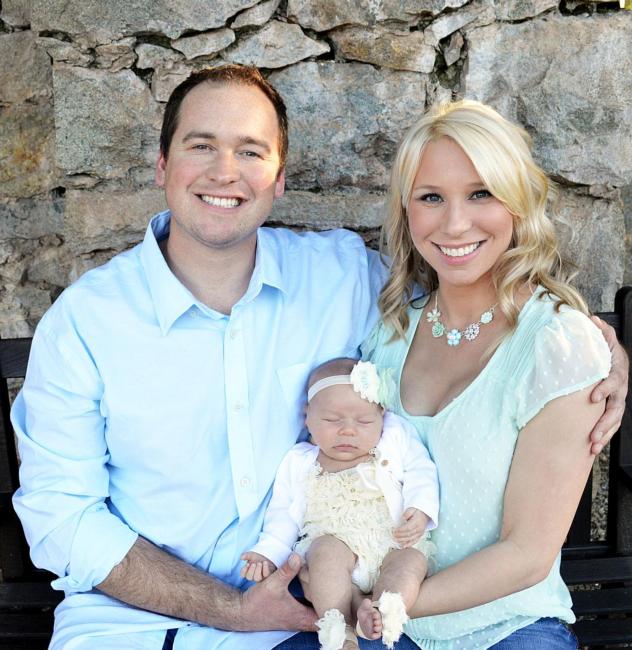 Heading into a new FLW Tour season, Cody says he’s realistic about the probability of another run at the AOY trophy. Nevertheless, last year’s close finish whet his appetite for the title and sharpened him as a professional.

“I’d be lying if I didn’t say I want to win AOY,” he admits. “That’s a lifetime goal – just like winning the Forrest Wood Cup. But 2015 is already starting well because I have some new sponsors – Strike King, Daiwa and Raymarine. I’ve got a beautiful girl; I’m working with some great companies – life is good.”

Kari’s on board with a big vote of confidence.

“I definitely think he’s more motivated to do well, and I feel this year is going to be his best year yet,” she says. “I think she [Brooke Emily] is going to be his good luck charm. He’s more experienced, and now he has two cheerleaders.”

Fortunately, the Meyers live close to several family members, so when tournaments beckon, dad will leave mom and daughter with plenty of helping hands. The goodbyes will be no less painful; the travel just as lonely. But a dad going to work is a man on a mission.

“It’ll be brutal having to leave, but I want to do my best for her,” Cody says.

The Meyers have already planned their Facetime schedule so Brooke Emily can give dad all those funny faces and cute sounds he’ll need to get through their time apart.

Kari will also send Brooke’s first bracelet with Cody on each trip. During her pregnancy, mom nicknamed her unborn child “Lemon” – a play on the Meyer lemons grown in California. A little lemon charm hangs next to the inscription “Baby Meyer” on the bracelet that’ll stay close to dad in the boat.

Now, it may be a while before Brooke Emily attends her first FLW Tour event, but even from a distance, she’ll soon learn to send her love and a big whoop-whoop when daddy crosses the stage. Not surprisingly, Cody says he’s looking forward to the time when his little girl smiles and waves as he brings a big limit to the scale.

“The day when she’s able to recognize me on stage and see me with a fish will be really cool,” he concludes.

And how cool would it be for Brooke Emily to see her dad lift some first-place hardware?

Maybe the AOY trophy or the Forrest Wood Cup?