Andy Morgan is out of the woods. Watch out fish! 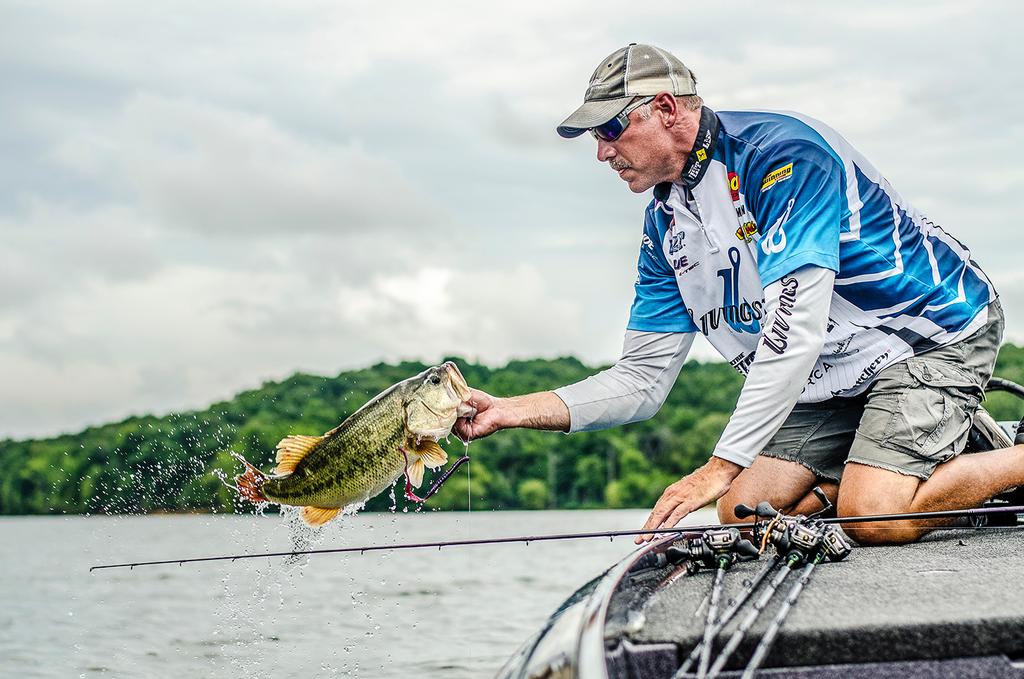 Andy Morgan is out of the woods and ready to take some big chances in the 2015 season. Photo by Garrick Dixon. Angler: Andy Morgan.
March 1, 2015 • TJ Maglio • Angler News

It was moving day at last year’s Forrest Wood Cup: Move up, or move on. Reigning Walmart FLW Tour Angler of the Year (AOY) Andy Morgan had hoped to reach the championship round but could only muster a disappointing two-bass stringer. Even so, he ended up in 14th place and earned a nice check for $15,000.

That was also the last time the pro from Dayton, Tenn., picked up a fishing rod in 2014. Wait a minute. That would mean the two-time reigning AOY and winner of more than $1.7 million just flat out didn’t fish after August?

Correct. He was too busy.

“I’ve never been much of a fan of fishing in the fall anyway,” Morgan confesses. “I’ve always been too much of a hunter, and now I’ve got so much going on that I can honestly say that I’ve probably been busier from last August until now than I was during the Tour season. I don’t know if I would have had any time to fish if I had wanted to.”

For the past four autumns, Morgan has teamed with B.A.S.S. pro Gerald Swindle in a successful hunting show called The Hit List, which airs on the Outdoor Channel. The show has Swindle and him traveling all over the country hunting big bucks, and it’s proved to be a lot of time-consuming work. 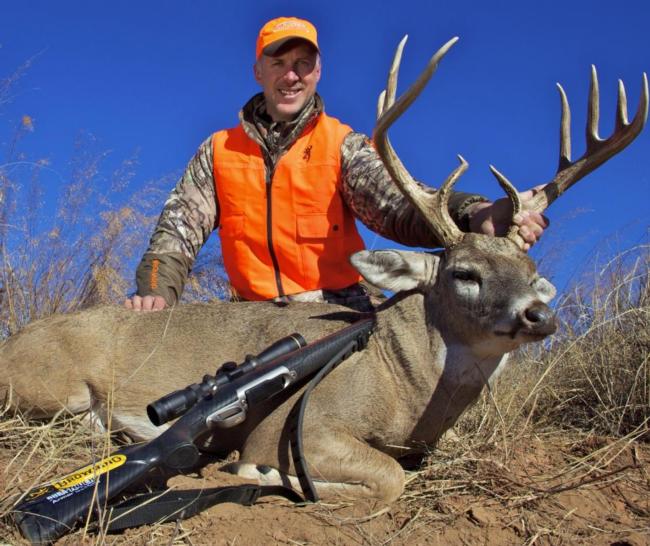 “Shooting The Hit List is a lot like tournament fishing,” Morgan says. “You have a limited amount of time on each shoot to get enough footage, and hopefully get a good buck. You’re working hard all day and competing against Mother Nature, the deer and a tight filming schedule. It’s a great time, but when the season starts to wind down, I’m mentally ready to get back out on the water.”

He’ll soon have his chance when the Walmart FLW Tour begins its 2015 campaign on Lake Toho. Mentally, Morgan is ready to switch gears and has already started to envision how his new fishing season might go.

“In hunting, the anticipation is the driver of all things,” Morgan says. “You’ve got a $38 billion year-round industry supporting a season that is usually only a couple of weeks long. It’s that anticipation of opening day, or the anticipation of the next season that drives us. It’s the same way with fishing, especially with me being away from it for several months. When I start looking at the schedule, I begin to anticipate how the different tournaments are going to go, and all of a sudden I find myself getting pumped up.” 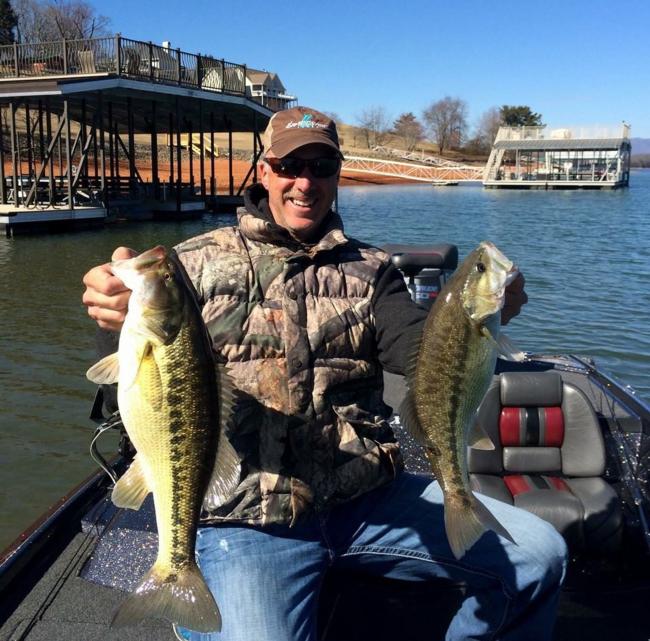 Morgan is no stranger to the lakes the Tour will visit this season. He’s amassed a total of 10 top-10 finishes on them, including a win at Beaver Lake. Small wonder he looks forward to the 2015 Tour with the same rising sense of excitement he feels when hunting season nears.

“I really like the upcoming schedule. I’ve got a lot of experience on all the lakes we’re visiting, and I think the timing will be right for some really good events. Lots of bass will be caught, and I’m very confident in fishing all of them,” Morgan adds.

If there’s any event he’s particularly excited about, it’s the one in his backyard June 11-15 on Lake Chickamauga. The last time the Tour stopped there in 2013, Morgan finished fifth in a tournament dominated by the umbrella rig that Casey Martin was fishing. With umbrella rigs now banned in Walmart FLW Tour competition, Morgan is licking his chops.

“The last time we were there [Chickamauga], I was on the fish to win or come close had the umbrella rig not been allowed,” Morgan opines. “It’s one of those things that you just had to deal with at the time. Now that the umbrella rig is out, things are really going to open up big time. I’ve got a lot of experience on the lake and can’t wait to get out and compete.”

Despite the fact that Chickamauga’s been getting pounded by anglers for the last several years, largely as a result of fame achieved by huge five-fish stringers being caught in late winter with umbrella rigs, Morgan is still confident that it will kick out some big fish in June.

“I talked to a buddy last week [mid-February] who was out and said that the fishing had been just so-so, but that his best five would have weighed 35 pounds,” Morgan says. “If that’s a so-so day, then the lake is still in pretty good shape.”

Looking for a Win 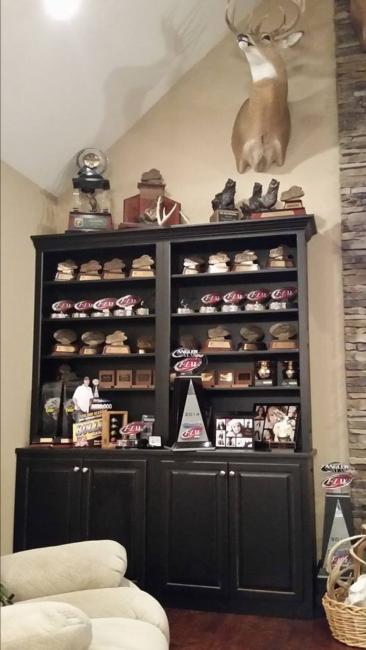 When you’ve accomplished as much as Morgan has in tournament fishing, it might seem difficult to maintain the level of motivation necessary to set your sights on another AOY crown, but the Tennessee pro doesn’t have that problem. His hunger to win still gnaws at him. Despite all the accolades he’s collected over the years, he’s got a relatively modest win total (6) and only one at the Tour level (2007, Beaver Lake).

“Winning is the goal of every tournament angler, and it’s something that I want to focus on this season,” he says. “I’ve had lots of seconds and thirds over the years, but I haven’t won as often as I probably should have. It’s hard to do, and I think my conservative nature has probably cost me a few times.

“I see guys that are willing to risk bombing in order to find the winning fish,” Morgan continues. “That’s something I struggle with. I’m a grinder. I’ll get out there every day and work my butt off and come in with my tongue hanging out of my mouth. I’ve never stumbled into a golden ticket type deal where I know I’m on them. All my wins are from grinding and working hard.

“Taking those calculated risks is something I’m going to focus on this season, and hopefully it will result in a better chance at winning one of these deals. Winning is the toughest thing to do in fishing, and the search for victory has me just as excited today as I was 15 years ago.”