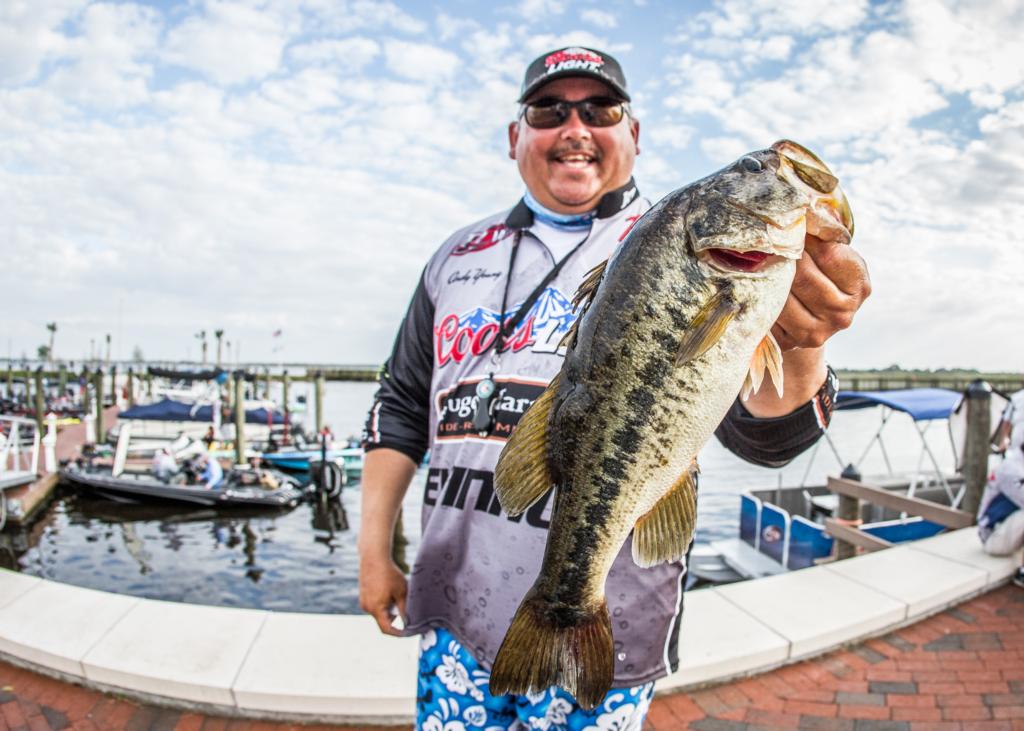 Andrew Young wasn’t one of the heavy favorites in the Bassmaster Classic on Lake Hartwell last month when he finished in 36th place. That’s OK for Young. He’s already captured one prize he had his sights set on: entry into the Walmart FLW Tour. What do the two have to do with each other? It was Young’s improbable victory at a Bassmaster Central Open on Lake Amistad last year that provided him not only with a spot in the 2015 Classic, but also the start-up money to fish the Tour.

The Open win gave the Minnesota angler the cash to chase his dream, and his retirement in December after 24 years as a sheet metal machinist gave him the time. Young, 44, is giving himself a year to make his mark on the Walmart FLW Tour.

If you look at Young’s track record in the Angler Profiles of FLWFishing.com, there’s not much there. The only FLW tournament he’s fished is the Tour opener on Lake Toho, where he finished 102nd. Prior to that, Young hadn’t fished so much as a Walmart Bass Fishing League event, but that doesn’t mean he lacks talent or savvy. Not counting time spent as a guide on Minnesota’s Lake Minnetonka near his hometown of Mound, Young has been around. Because he’s single and has harbored a lifelong fascination for bass fishing, he’s been able to put in more fishing time on some of the more famous tournament lakes than many Tour veterans. Consider his latest jaunt, which amounted to a two-month pre-fishing excursion to some of the lakes on the Tour schedule in 2015: Toho, Eufaula, Smith Lake and Chickamauga.

“I fished each of them for a few days ­– some more than others because I hadn’t been to them before – and caught a few fish,” says Young, who fishes out of a Ranger Z520 with an Evinrude at the stern. “Mainly I just wanted to familiarize myself with the lakes. Some of them set up pretty well for me, but others are going to present real challenges as far as what it’s probably going to take to win a tournament. We’ll see.”

Young describes himself as “fairly versatile,” which is a prerequisite for longevity on the Walmart FLW Tour, but he prefers to flip a jig into shoreline cover more than anything else.

“Anybody who fishes has his preferences, something that just suits him,” notes the Minnesota angler. “That doesn’t really cut it at the pro level, though, because you’ve got to be able to do everything well to get a check consistently. In tournaments I’ve probably done better fishing deep than any other way.”

Amistad being a case in point; Young took first place ahead of Stephen Browning by fishing an umbrella rig in 12 to 15 feet of water and a drop-shot rig 20 to 30 feet deep.

As noted, Young has never lived within easy driving distance of bass lakes where major professional tournaments are held on a regular basis. Being a true rookie, he’s realistic about his chances of hitting it big, but he also harbors confidence that he can compete with the best of them. After all, fishing skills aren’t reserved for Southern or West Coast fishermen. Young proved that to himself at Amistad last year. Top Midwestern pros such as Jim Moynagh and Tom Monsoor proved it to the rest of us a long time ago.