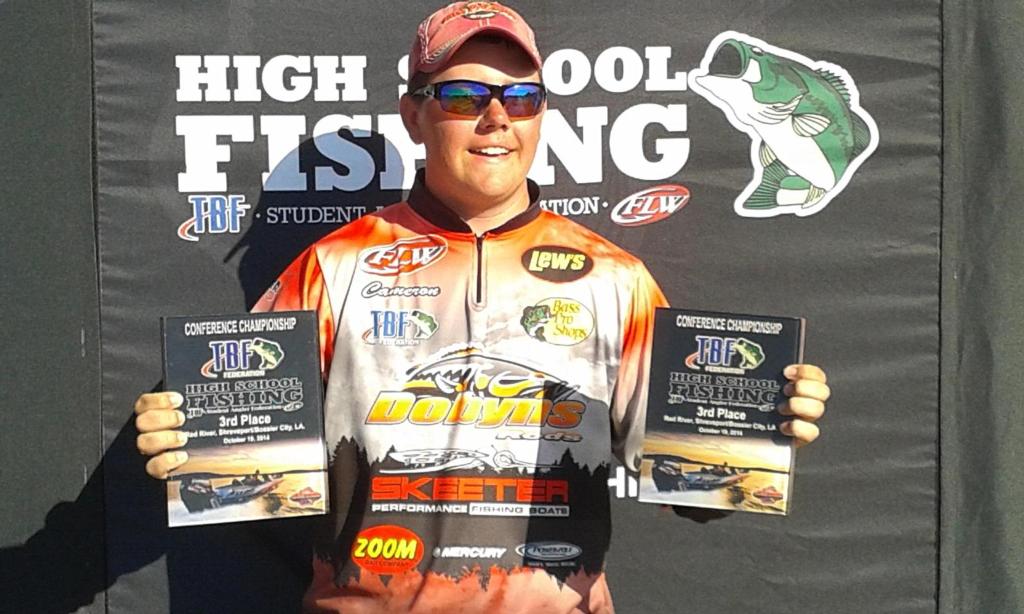 GROVE, Okla. — Of the10 elite teams gearing up to compete here in the TBF/FLW High School Fishing National Championship April 25-26 on Oklahoma’s Grand Lake O’ the Cherokees, only one is comprised of a solo angler.

“It’s just me,” he says. “But I’ve been practicing a lot locally, and Grand Lake is my favorite lake.” Indeed, the sprawling Oklahoma impoundment is only a short drive from Pappan’s southern Kansas home. “I feel comfortable on Grand,” he adds. “I’m ready to just get out there and fish.”

Another factor in his favor, Pappan is no stranger to tackling tough competition alone. In April 2014, he faced 28 teams on Grand Lake during the Oklahoma High School Open. Undaunted by the odds against him, he racked up an impressive five-fish limit weighing 16 pounds, 15 ounces to finish a strong second and earn one of three qualifying spots for the Southern Conference Regional Championship.

At that event, held in October on the Red River out of Shreveport, La., Pappan squared off against 33 top-notch teams from seven states. Though he was eager to compete, a tough pre-fishing period had him more than a little apprehensive.  “I’d never fished the river before, and only caught two fish in four hours during practice,” he remembers.

After take-off, he decided to test new waters—and the strategy paid off. “On tournament day I tried a new oxbow and started catching fish,” he says. The bite was so hot he cycled through an estimated 18 bass before heading for the weigh-in. “I was still worried I didn’t have enough, because some of the other kids had been practicing there for two weeks,” he adds.

As it turned out, Pappan’s five-bass limit weighing 10 pounds, 10 ounces was good enough for a very respectable third-place finish and, most importantly, a golden ticket to the national championship. “I was shocked,” he says; so were a lot of others.

To prepare for the national showdown, with its top prize of a $10,000 college scholarship, Pappan is poring over lake maps, furiously researching a variety of online leads, and honing his skills for the moment of truth. He says flipping and pitching are his strong suits, and he hopes the presentations will serve him well on Grand Lake. “Winfield is a small town, and for me to win a national title for our school would be amazing,” he notes.

While Pappan thrives on competition, he also savors the sport’s quieter side. “I really enjoy just being out on the water with no worries, relaxing and not knowing what I’ll catch next,” he says.

Looking ahead, Pappan hopes fishing plays a major role in his future. “I plan to make it into the Walmart FLW Tour. That would be a dream, to fish with the pros. It’s where I want all this fishing to lead me.” Judging by his track record, willingness to tackle adversity, and his ability to fish well under pressure, Pappan is already on his way to making such dreams come true.