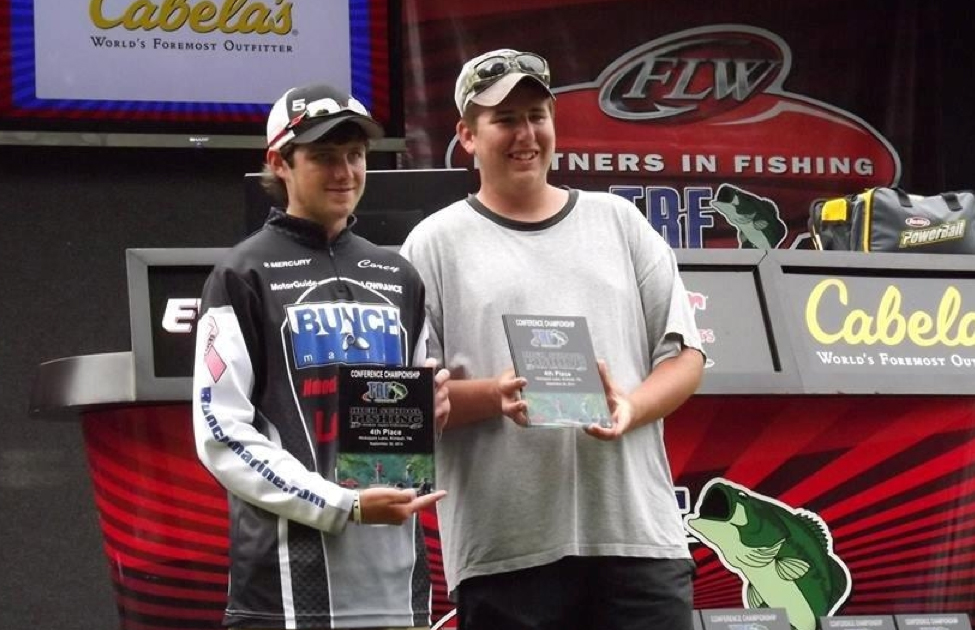 While many Americans dread at least one date in April that ends in a five, the 25th can’t come soon enough for Jake Lee and Corey Brooks. The hard-fishing Tennessee tournament veterans are eager to hit the water and begin their quest for the crown in the Student Angler Federation High School Fishing National Championship.

Running April 25-26 on Oklahoma’s Grand Lake O’ the Cherokees, the event pits the country’s top 10 high school teams against one another in a battle for ultimate bragging rights and a $10,000 college scholarship.

“I can’t wait,” says Brooks, a 17-year-old at Knoxville’s Karns High School whose passion for fishing was sparked at a tender age. “My granddad bought me a lifetime sportsman’s license when I was born, and I’ve been in boats since I was in diapers.”

His partner, Lee, also 17 and in 11th grade at Karns, shares a similar story.

“Fishing is in my blood,” he says. “My father and grandpa both fished professionally, and I started fishing as soon as I could hold a pole.”

Having participated in High School Fishing for three years, both are quick to sing the program’s praises.

“It’s awesome,” says Lee. “It gives young anglers an opportunity to compete against kids their own age, and colleges are even giving kids scholarships for fishing.”

“I like the competition, the level playing field, and how it gets kids involved in fishing,” Brooks adds.

Brooks and Lee earned their invitation to Grand Lake last fall, when they finished fourth out of 41 teams at the 2014 Southeastern Conference Regional Championship on Nickajack Lake out of Kimball, Tenn.

“Getting a chance to fish the national championship is unbelievable,” says Lee. “I was calling everyone I know.”

“I breathed a sigh of relief,” Brooks says of slipping past the fifth-place team by a slim 1-ounce margin to claim the last ticket to nationals. “Jake and I had worked so hard, it was great to have that pay off.”

Since qualifying, the pair has been busy researching Grand Lake’s unique fishery.

“This will be our first time on the lake, so we’ve been learning as much as we can about it,” says Lee.

“I’ve been taking it day by day, trying to keep my mind right and not get too nervous,” says Brooks. “I’m telling myself it’s just another tournament.”

He is also optimistic that the massive Sooner impoundment will offer the Tennessee contingent familiar fishing opportunities.

“I think it will play well to our strong suits,” Brooks says. “We’re used to flippin’ heavy cover and throwing square-bills, and we believe these tactics will be key on Grand, too.”

Both Brooks and Lee hope to continue fishing tournaments long after their high school careers are in the books, and admit adding a national championship to their resumes would help fuel their fishing dreams.

“Every accomplishment I can get is awesome, and winning at Grand Lake would be a good step toward becoming a pro fisherman,” says Lee. “It would also be nice to bring the title home to Tennessee.”

“It would mean everything to win this,” adds Brooks. “It would definitely be a life-changing experience. I can’t wait to get out on the water and see how well we compete with the rest of the field.”