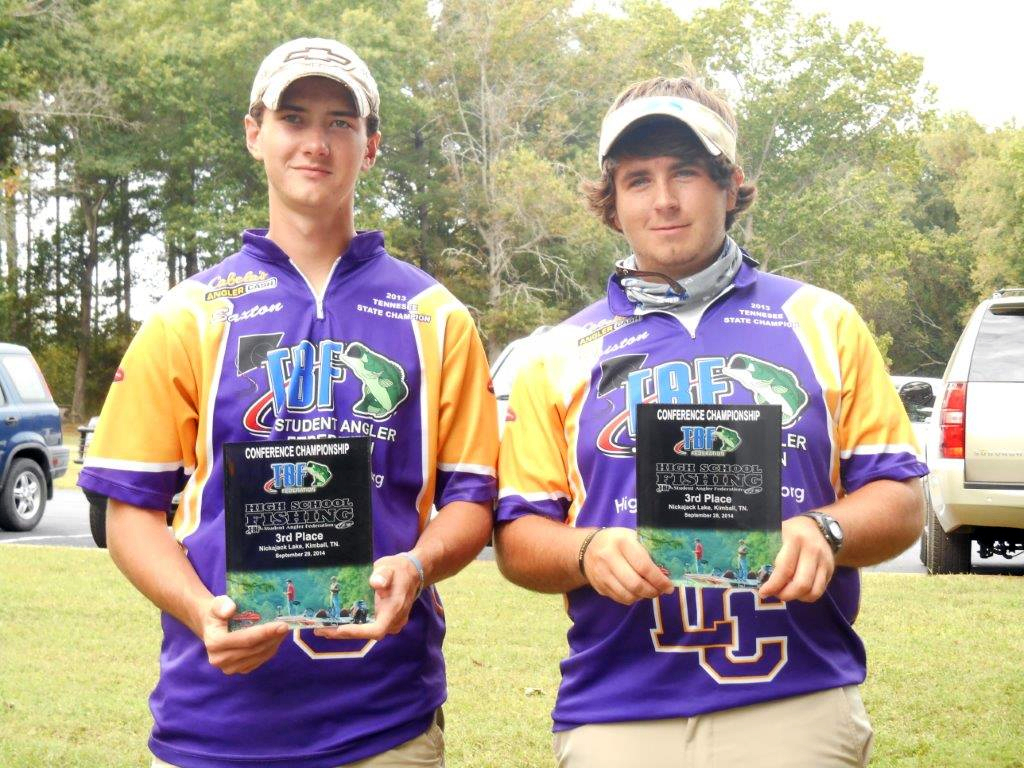 Saxton Long and Triston Crowder won the first High School Fishing tournament they ever entered—a state championship, no less – and the teens from Lawrenceburg, Tenn.,  are hoping for similar success when they travel to Oklahoma to compete in the TBF/FLW’s High School Fishing National Championship.

Set for this weekend on Oklahoma’s Grand Lake O’ the Cherokees, the championship offers a chance to compete for the national title and a $10,000 college scholarship.

Long and Crowder’s journey to Grand Lake began last summer, when they finished fourth at the Tennessee State Championship and earned a chance to compete at the 2014 Southeastern Conference Regional Championship on Nickajack Lake. There, they overcame a tough bite to place third out of 41 teams.

“I honestly couldn’t believe it,” recalls Long, 18, a 2014 graduate of Lawrence County High School. “We only caught five fish that day and we didn’t think we had a chance.”

As it turned out, most of the field struggled, and their 12-pound, 6-ounce limit kept them in the hunt for a trip to the championship. “That was amazing,” adds Crowder, an 18-year-old Lawrence County senior. “It was a tough day. We marked fish, but couldn’t get them to bite.” 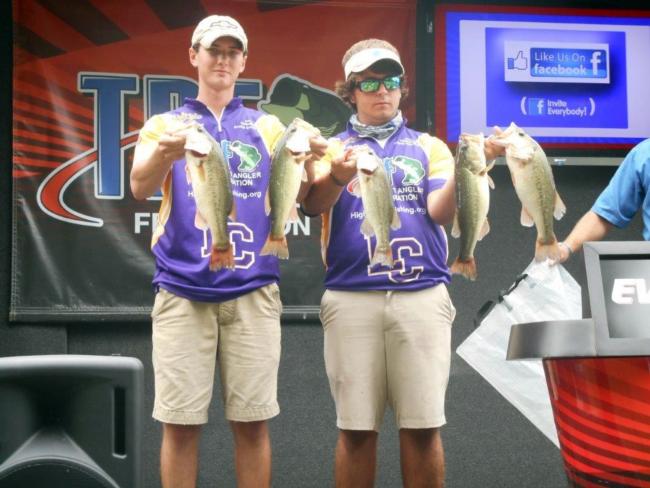 It wasn’t their first long day on the water. While competing in the 2013 Tennessee State High School Championship  – their first High School Fishing event as a team ­ – Long and Crowder battled through a challenging day before enjoying a hot bite that fueled a late rally. “It was crazy,” says Long. “We didn’t do very well until we decided to fish a spot we hadn’t hit before. Then, in the next 45 minutes, we culled every fish we had.” The upgrades paid off with a 15-pound, 4-ounce first-place limit.

Looking ahead to the national championship, Crowder is optimistic  –  but admits he hopes they don’t to make bed fishing part of their program. “I’m pretty calm right now, but a little nervous about possibly having to fish beds on Grand Lake,” he says, noting that his favorite technique is a jig and swimbait. “I hope we find some postspawn fish, and if we get on a jig bite, I’ll be a lot more confident.”

No matter what the bass are doing, Long believes that his and Crowder’s ability to work together is a major advantage. “It takes teamwork to get a tournament done,” he says. “We share a lot of the same ideas about bass fishing, and we’re always asking for each other’s opinions on what we need to do, and where we should be fishing. We also complement each other’s styles of fishing—if he’s throwing a crankbait, I tie on a jig so we have different presentations and a better chance one of us will get bit.”

Both lifelong anglers, Long and Crowder also share a love for the sport and passion for performing under pressure. “I love the competition and driving myself to catch a big bag every time I go fishing,” says Crowder. Long agrees, adding, “There’s just something about being on the water, and something about bass.”

Which helps explain why fishing is a big part of both young men’s future plans. Long is attending the University of Tennessee, competing on the college’s fishing team, and is looking forward to even more tournament action and professional events after getting a degree in mechanical engineering.

Crowder is headed to the University of Northern Alabama, where he plans to compete at the collegiate level while pursuing a business and marketing degree. “After graduation I hope to become a pro and fish the Tour,” he says.

For now, however, they’re both focused on making a strong showing at Grand Lake. “We know the feeling of winning a state title,” says Long. “To win the national championship would be unbelievable.”

“These are the best teams in the United States,” adds Crowder “I just hope everything goes well and we prove that we can be the best.”