Former TBF champ Mark Daniels Jr. is proving that he belongs as he prepares for second Forrest Wood Cup 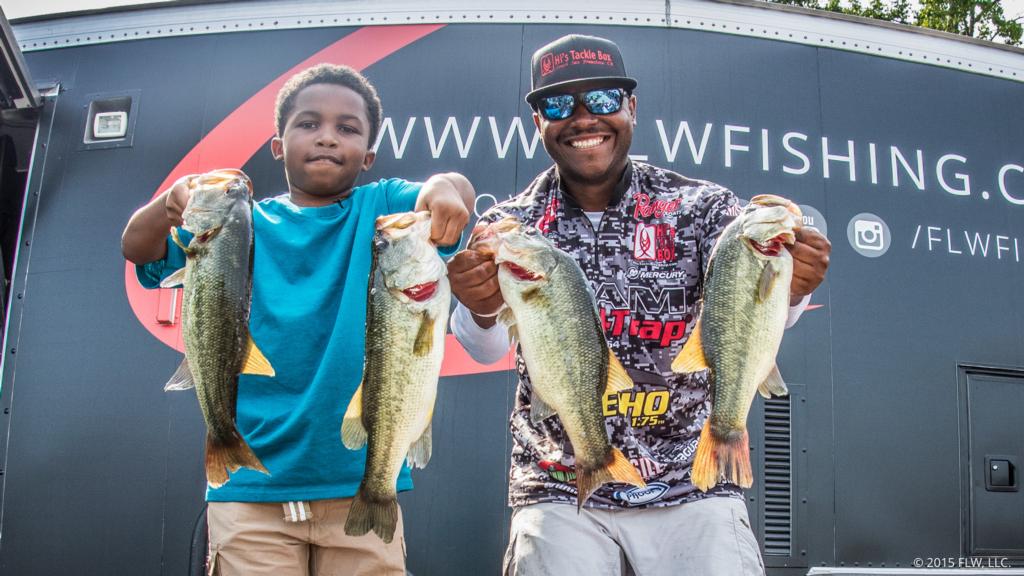 Winning the 2013 The Bass Federation National Championship catapulted the hard-fishing competitor to the Walmart FLW Tour, fulfilling a lifelong dream of becoming a professional bass angler.

“It literally changed my life,” he says. 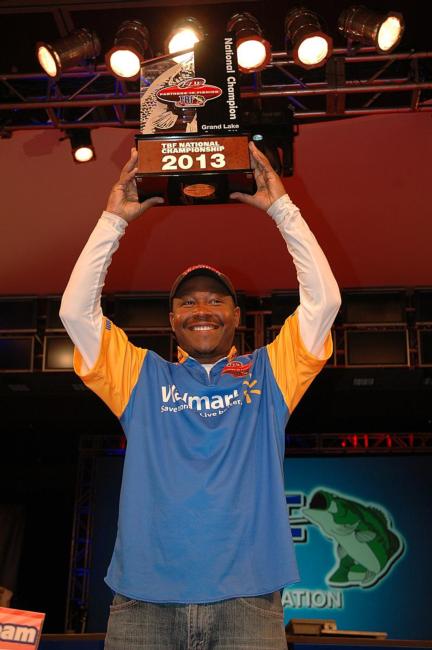 Indeed, the TBF crown came with a $100,000 “Living The Dream” package, which included a spot in the 2013 Forrest Wood Cup, entry fees to the 2014 Walmart FLW Tour, use of a wrapped Ranger Boat and truck, plus travel expenses and other swag. As the top Ranger Cup boater, he also claimed a new Ranger Z518 and trailer.

Daniels, then 32 and working full-time as an agricultural biologist for Solano County, Calif., didn’t hesitate at the chance to live his dream.

He jumped in with both feet, quitting his day job, moving to Alabama and fishing a total of 16 tournaments in 2014, including a string of FLW Tour and Rayovac FLW Series events stretching from the Potomac River in Maryland to Clear Lake in California.

“I had a great time and met a lot of great people,” he recalls. “I didn’t come close to winning a Tour event, but I cashed three checks on bodies of water I’d never fished before.”

On the Rayovac side, Daniels scored a dramatic comeback win in the Western Division’s Cal Delta event with 72 pounds, 7 ounces of grass-bed gold worth $38,664. He also fished the entire Northern Division, finishing 12th overall in the standings and qualifying for the championship, where he finished 59th.

Still, the former TBF champ admits that finishing 97th overall in the FLW Tour Angler of the Year rankings that season tested his mettle.

Instead, he scheduled another full slate of Tour and Rayovac events for 2015.

Daniels’ 2015 Rayovac resume has included one Central, one Western and three Southeast division events so far, with two top 10s in the Southeast. A final Western Division event on Clear Lake and the Ohio River championship are still ahead.

Meanwhile, on the Walmart FLW Tour front, Daniels roared out of the gate with a ninth-place finish at Lake Toho, laying the foundation for a very respectable 26th-place finish in the AOY standings.

“Moving up from 97th to 26th really gave me the confidence that I can compete with these guys, and that this is where I’m supposed to be,” he says. 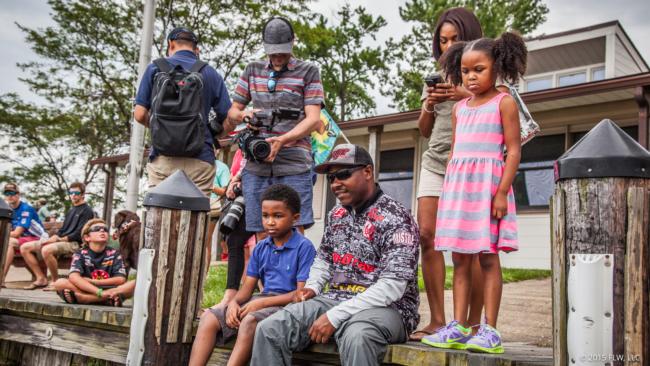 Daniels’ rise through the ranks this season is being documented in season three of FLW’s Circuit Breaker, an original online series that chronicles the experiences of some of the Tour’s top guns.

“Having a camera in my face all the time definitely made things harder, but I think it will ultimately advance my career and improve my name recognition,” Daniels says.

His resurgence also earned him a berth in the 2015 Forrest Wood Cup on Arkansas’ Lake Ouachita Aug. 20-23. It won’t be Daniels’ first appearance in bass fishing’s Big Dance.

Although Daniels had never fished Ouachita before a whirlwind practice session on the storied impoundment just prior to the off-limits period, he likes what he saw and is anxious to get back on the water.

“I think brush piles will be a big factor,” he predicts. “The points are loaded with piles placed by panfish anglers and local bass tournament fishermen. There are so many, in fact, that it’s hard to know which ones to fish first.”

Toward that end, Daniels method for fishing brush piles is to idle over the top of likely spots, scanning the branches with the multi-frequency CHIRP sonar beams of his fish finder.

“CHIRP is a huge advantage because it allows me to see individual bass holding deep inside a brush pile,” he says. “The number of fish a particular pile has helps me decide whether or not to fish there.”

On his first drop, Daniels typically sends something aggressive into the strike zone – not entirely living up to the stereotypical image of Western anglers being drop-shot danglers.

“The biggest bass in the pile usually hit first, so I like to throw down a big worm such as a twin-tailed 8 3/4-inch Missile Baits Tomahawk, a big swimbait or a 3/4-ounce spinnerbait,” he says, noting that smaller baits such as 6-inch finesse worms don’t get the nod until brush pile bass play hard to catch.

Brush aside, Daniels also believes Ouachita’s resurgent grass beds could be pivotal as well. That’s good news for someone who grew up fishing the Cal Delta’s expansive seas of vegetation. 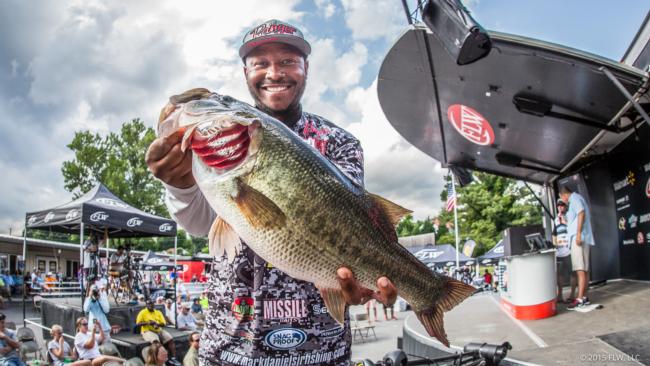 “I love fishing grass,” he grins. “I checked it out in practice and didn’t catch a single bass from it, but the cover is just too rich not to hold fish.”

When the three-day official practice period opens on Aug. 16, Daniels plans to cram every second of scouting he can into an all-out jam session.

“Three days is not much time, man,” he laughs. “You get to taste a little bit of everything on the menu, without sitting down and really chewing on one thing.”

With Ouachita’s water level falling and the heat of summer upon Cup contenders, Daniels expects a challenging bite.

“I think it’s going to be relatively tough,” he says. “Eleven to 13 pounds a day should be a solid bag, but the lake has some pretty big bass in it, so anything could happen.”

Whatever transpires, Daniels is determined to continue his relentless quest to transform dreams into reality. Whether or not this is his season for the Cup remains to be seen. But one thing is certain: This big dreamer is not a contender to count out until the scale settles on his final day.

“Fishing in the Forrest Wood Cup, against the best anglers in the business, was my dream for years,” he says. “Just qualifying is amazing. Walking away with the Cup in hand would mean more than anything I’ve accomplished so far – times 10.”