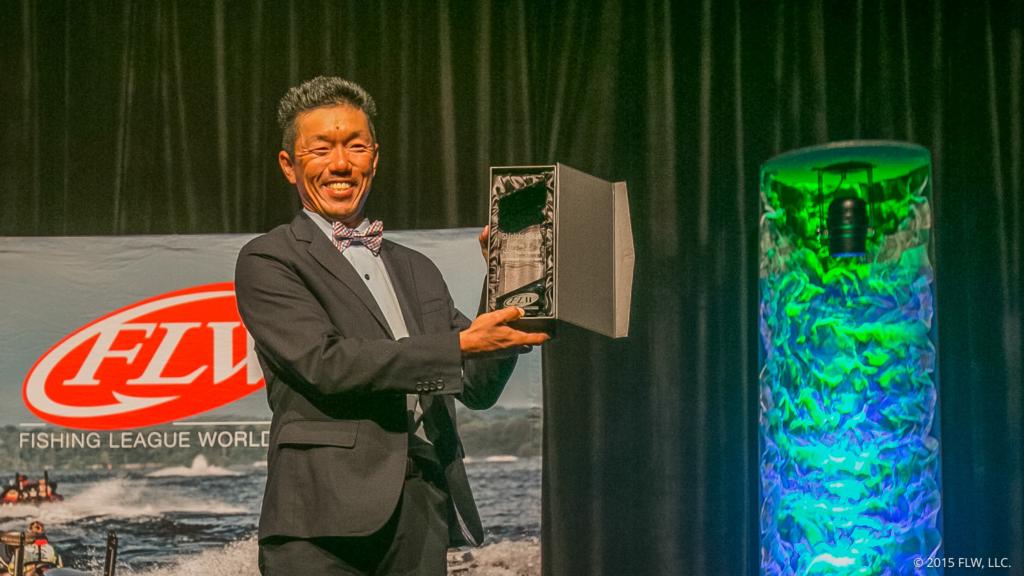 It was called one of the greatest acts of sportsmanship seen in the sport. On Wednesday night, Shinichi Fukue was recognized for it.

During the honorary Forrest Wood Cup pre-tournament dinner for the qualifiers, Fukae was awarded the Forrest L. Wood Sportsmanship and Community Leadership Award from the namesake of the trophy, Forrest L. Wood. The award recognizes the individual who displayed overall commitment of sportsmanship and community leadership, on and off the water, by displaying ethical behavior, upholding integrity, class, selflessness, conservation efforts and kindness to others.

Fukae exemplified that, particularly the selflessness, to the max on the third day of the Walmart FLW Tour Potomac River event earlier this year.

Leader Clark Wendlandt suffered a mechanical failure with his rig and figured he’d have to fish with his trolling motor until he could be towed back to the ramp early. That’s where Fukae came in. In 16th place and fishless at the time, Fukae insisted Wendlandt trade boats so the leader could continue with his day unhindered. Fukae stayed in Wendlandt’s boat and was towed back to takeoff, never getting an opportunity to continue fishing. Meanwhile, Wendlandt went on to win the event.

“I just feel competitors should help each other,” Fukae says of his actions after being given the award. “I know he had a rough year last year [due to a medical withdrawal]. Plus, he’s one of my heroes. So if I couldn’t win, I wanted him to win.”

Considering Fukae’s actions, one might say it was hardly a surprise he was given the award. Then again, it still surprised Fukae.

“I was completely surprised,” Fukae says. “This was probably the biggest surprise since I won Angler of the Year in 2004. I’m honored.” 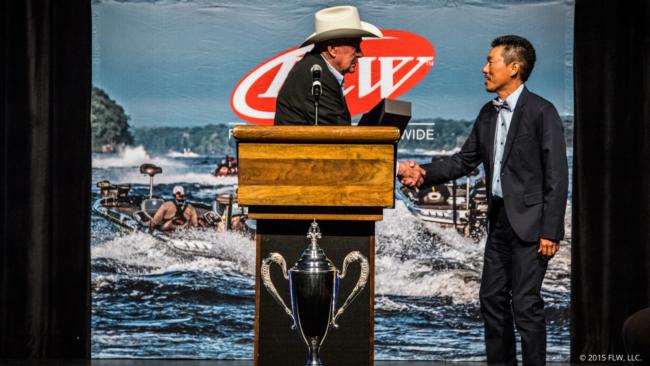