Blaylock Hungry for Another Win 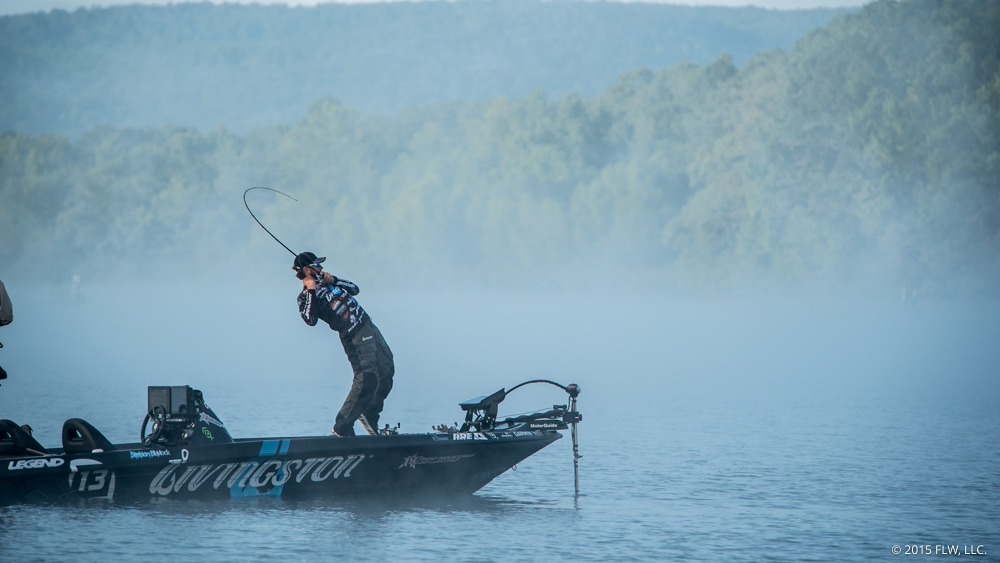 Stetson Blaylock is haunted by the ones that got away. Except in his case, it’s tournaments, not bass.

On a couple of occasions in 2015, the Arkansas pro was in a position to win a Walmart FLW Tour event before circumstances conspired to snatch victory away from him. In both instances, believes Blaylock, it was at least partly a case of his slackening up when he should have been bearing down.

The event that really sticks in his craw is Lake Chickamauga in June, where Blaylock finished runner-up to Michael Wooley by less than 1 1/2 pounds. On day one, Blaylock figured he was sitting pretty with about 18 1/2 pounds. But when the 20-pounds-plus sacks started coming in from his competition, he realized he had miscalculated the quality that would be needed.

The experience also prompted Blaylock to wonder if somehow complacency had reared its ugly head in his approach to tournaments.

“That first day’s weigh-in told me I didn’t have the fish to win, and that I made the wrong decision when I decided not to milk my best spot for 20 or 21 pounds,” recalls Blaylock. “It’s a mindset thing. Once you catch that fifth fish of the day you’re thinking, ‘Well, I’ve got enough for a check.’ The guys who don’t win think that way. The guys who win catch five fish for 18 pounds, then ask themselves, ‘Where do I need to go and what do I need to do to catch another 4-pounder?’ They don’t let up.”

Perhaps Blaylock is being too hard on himself, but introspection that leads to a course correction is a hallmark of a successful pro. Besides, Blaylock’s 2015 track record isn’t too shabby. He finished 15th in the points race and capped his season with a 14th-place showing in the Forrest Wood Cup. Altogether he collected five checks for a total of $88,154 in winnings.

Still, it was the roller-coaster nature of his tournament finishes that nags at him: sixth at Toho, but then 54th at Lewis Smith; eighth at Beaver Lake, and then 76th at Lake Eufaula; second at Chickamauga, but 91st at the Potomac River finale in late June.

“I don’t know if it was anything in particular, but last year I had a few lapses and made a few bad decisions that cost me. If I had to pick something that has been holding me back, I’d say it’s that I need to stop thinking about winning checks and focus on winning the tournament,” he notes. “Chickamauga also taught me that when you have a few quality bass found, you better catch them until they quit biting and worry about tomorrow tomorrow.” 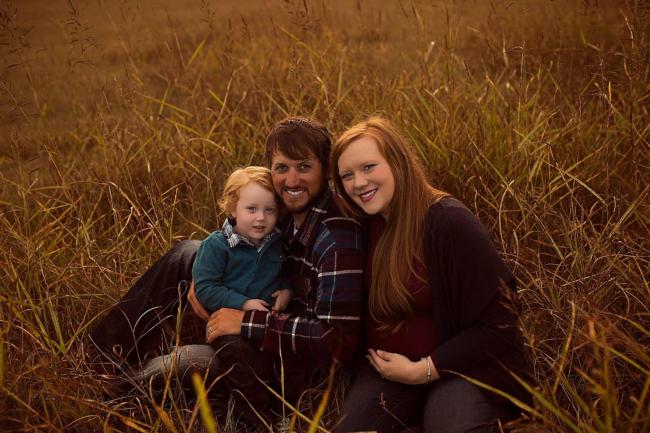 One factor that will help him focus on fishing is having his family with him when he competes in 2016. Blaylock and his wife, Lindsey, are expecting their second child – a daughter they’ll name Linnie – any day now, and she and their young son, Kei, will accompany the couple as the upcoming season unfolds.

“We bought a camper, and I’ll be driving it while Lindsey is driving the truck with the boat trailer,” says Blaylock. “It will be so good to have them there when I come in every day. Honestly, my motivation comes from my immediate family. I’ve got to have them out there with me. No matter how good or bad the day goes I know they’ll be there waiting for me and be proud of me no matter what.”

Since Blaylock’s inaugural season as a pro in 2009 when he was the lean, hungry Arkansas kid who won Rookie of the Year, he hasn’t triumphed in a Tour-level event. He won at Lake Norman that year – at 21, the youngest pro to ever win a Tour-level event – and now he’s hungry for another victory.

Making no excuses, Blaylock thinks the talent of the anglers at the Tour level – especially those who seem to finish somewhere in the top 30 every year – has improved to the point that a competitor can have one so-so day in a tournament and be out of the running in it and even the Angler of the Year race.

“Each year I fish, I get a little more comfortable and confident about cashing a check, but my main goal is winning an event again and staying focused on that every time out,” notes Blaylock. “I’ve come close in the last couple of years, and I just haven’t been able to close the deal.”

He fished the 2015 Tour after switching boat and electronics sponsors, and that took some getting used to. There were other distractions as well, but all in all the 28-year-old Blaylock had a season that any pro would envy.

“Last season’s positives were that I had a couple of top 10s in there and my family is growing and doing good,” he says. “What really gave me a mental boost is that I made the cut at Chickamauga. I’ve had some good Tennessee River tournaments, but I never made a top-20 cut on that system before. It gave me a ton of confidence going into next year as far as ledge-fishing tournaments. It opened my eyes to what I have to do to be in the running on the final day.”

Tournament fishing is as much a mental duel as a physical contest of casting and catching. Sometimes you try to psyche out your closest opponents, but mainly the angler you really need to psyche is yourself. As Blaylock anticipates the 2016 FLW Tour, he’s already started that process.

“There are some great anglers you hear about that never win, but I want to be one of those guys who wins,” he says. “It’s so hard to keep the hammer down and keep your focus, but that’s what needs to happen. Hopefully, next year I’ll have it all together. It’ll be my eighth season, and it’s gotten harder every year. Of course, that’s what makes it fun too.”