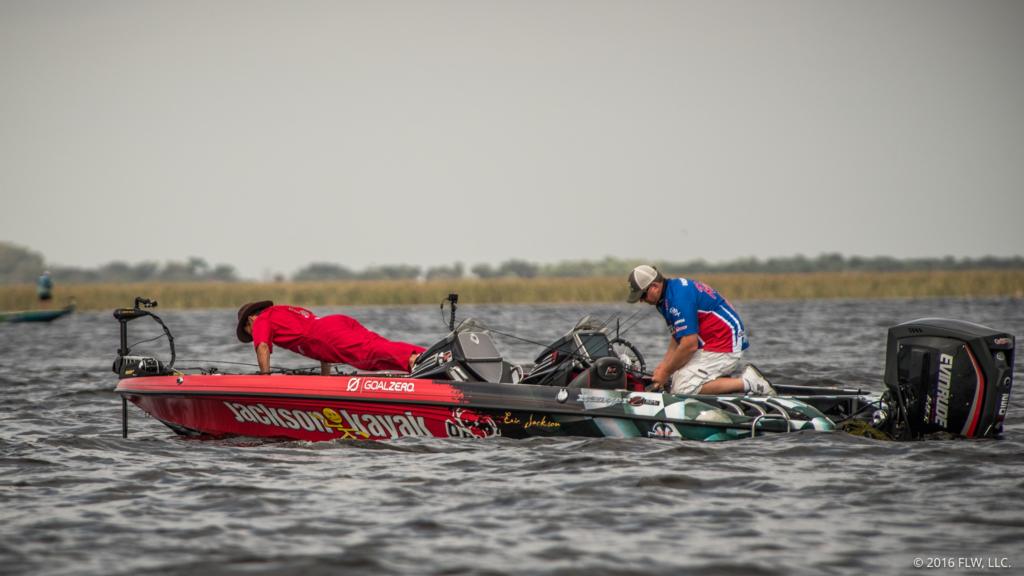 Tennessee pro Eric Jackson is a rookie on the Walmart FLW Tour but is no stranger to elite-level competition. He’s a former International Canoe Federation (ICF) Freestyle World Champion in freestyle kayaking. Jackson has paddled all over the world and is the patriarch of a family of extreme outdoor enthusiasts. He’s also the owner of Jackson Kayak, which manufactures crafts for a variety of on-the-water activities.

We caught up with Jackson just prior to his Tour debut on Lake Okeechobee to learn more about his background in the outdoors and how he got started in tournament fishing.

How’d you get started kayaking?

My dad, James Jackson, got me started when I was six years old. He and I were invited by the test pilots at Piper Aircraft in 1970 to head out on some whitewater rapids with them. We were in a Grumman canoe but eventually purchased two kayaks in 1979. The next year we made a mold and made more than 100 kayaks in our basement for our club. We were hooked on the sport.

What is freestyle kayaking, and how did you become the world champion? 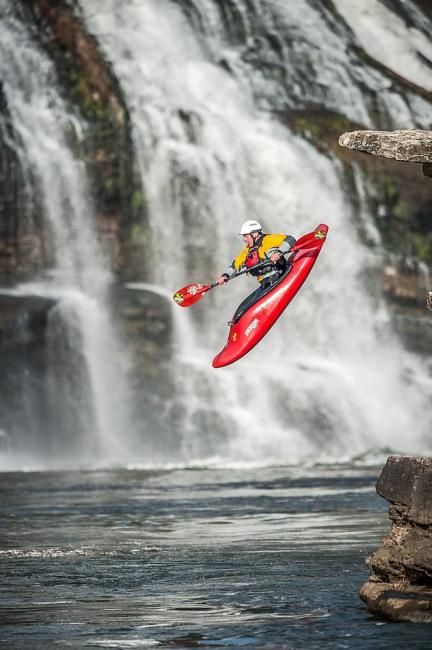 Think freestyle skiing, snowboarding or MX (motor cross). It is doing tricks on waves or in holes. I have always been naturally inclined and extremely addicted to freestyle and extreme racing in kayaks. It suited my personality, and I won my first World Championship with bloody hands from the skin being rubbed off of them from over-training in 1993 (he won the Senior Division freestyle kayaking competitions in 1993, 2001, 2005 and 2007). I really just loved the challenge of trying to do new things in a kayak that nobody has ever done.

That challenge got me thinking about new techniques, training methods, traveling more to remote destinations and creating my own kayaks with new features. I was able to dominate and win every major international event for a decade … before my kids grew up and started winning. I am most proud of teaching my kids (Emily, 25, and Dane, 22, both with multiple world titles) the skills and the freethinking methods that allowed them to become the reigning World Champions.

What got you interested in bass fishing? Have you always fished?

My dad moved us to Lakeland, Fla., in 1974. I was 10. With no whitewater rapids around, we both began bass fishing in the phosphate pits around town. Bill Johnson’s Pro Bass Shops was my local dealer, and they had weekly and monthly tournaments. I always competed in those simple “big bass of the month” or “big crappie of the month” competitions. I won a lot of gear and became hooked.

I decided by the age of 12 that I wanted to be a professional bass fisherman. When I was 15, my family and I moved to New Hampshire where I started whitewater kayaking again. With no more bass fishing mentors around, only whitewater kayakers, I decided I wanted to go to the Olympics for Kayaking instead.

Last year you fished as a co-angler on Tour. What made you decide to transition to boater this season?

My reasoning to be a co-angler last year was to “scope out the scene.” I wanted to meet the fishermen, FLW staff and sponsors to see if this was a circus I wanted to travel with. I was very impressed with the FLW staff. Bill Taylor (senior director of tournament operations) and Al Chapman (director of advertising) were my main contacts, and they always took good care of me. The fishermen were an above-board, hard-working and fun group. I made new friends among the pros and was fired up on the idea of spending more time with them. Of course, the real reason for wanting to be a pro fisherman is that I really want to be a pro fisherman. My childhood dream coming true in 2016 at age 51. I am still competing in whitewater kayaking, but my first priority will be fishing.

Aside from the fishing platform being used, what are some of the major differences between bass fishing from a kayak and from a bass boat, and how have you adjusted?

Kayak fishing is a little closer to the water, quieter, slower but can be extremely effective. I personally feel that kayaks should be used to get you to where power boats can’t go. I am a big fan of fishing rivers that are too shallow, too rocky and have rapids, all of which mean less pressure, fewer people and more fish.

Jackson Kayak made fishing from a kayak much closer to fishing from a Ranger boat, for example, by making our kayaks stand-able. Standing and fishing is easier to see and cast and really was a game-changer for fishing kayaks. It is something we are very proud of at Jackson Kayak.

Last year you wrote a blog for FLWFishing.com about introducing new people to kayak fishing. You mentioned that you introduced some fellow FLW Tour anglers to it. What was their reaction? 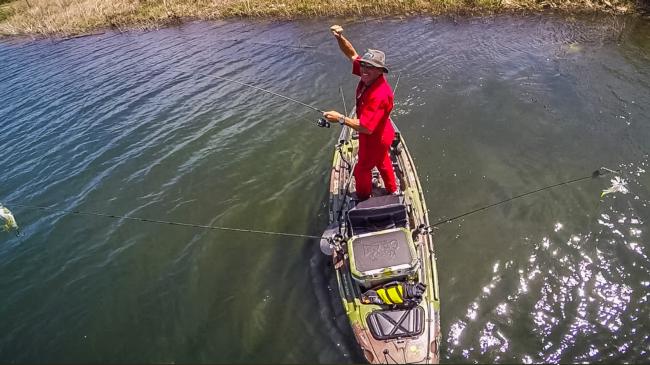 I was very lucky on my draws in 2015, getting to fish with some of the biggest names in professional fishing: Jimmy Houston, Scott Canterbury, Wesley Strader and Bill McDonald. And I met champions like Brad Knight and more. Each of these guys was so fired up to get a kayak for his local “skinny water.” I have had the luxury of taking Scott, Wesley and Brad out on my home waters during the off-season, and they were like kids in a candy store.

What are your bass fishing strengths/weaknesses?

My strengths are my athleticism, motivation and desire to be a student of the game. I am very good at casting accurately and can put the lure where I want it over and over again quickly.

My weakness would be my struggle to slow down. When the bass want it slow, I want to catch one going fast first to locate them and then, maybe, I’ll slow it down.

My other main weakness is big lakes. I have fished for bass for 40 years but always in small bodies of water where I can locate them easily. Of course, that doesn’t mean I will make any excuses. I am here to win like everyone else, and if I don’t, well, then somebody else was a better fisherman on that day.

What lakes do you think you’ll do well on this year on Tour?

All of them, of course, as my optimism is something I couldn’t curb if I tried. However, if you were to bet money on what lakes I will finish the best on, I would bet on the last two (Kentucky Lake and Lake Champlain). I need to get my feet wet and learn the ropes of fishing against the best fishermen in the world before I can expect good results.

What are your goals for the season? 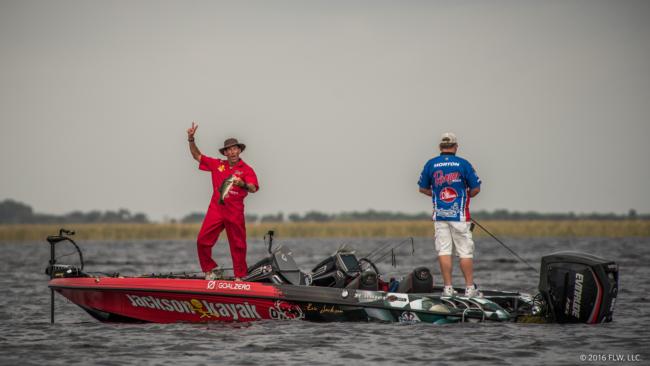 There you go again – trying to make me look presumptuous. Here they are, in priority order:

2. Be thankful I get to have so much fun.

3. Learn as much as I can about competing well in this venue.