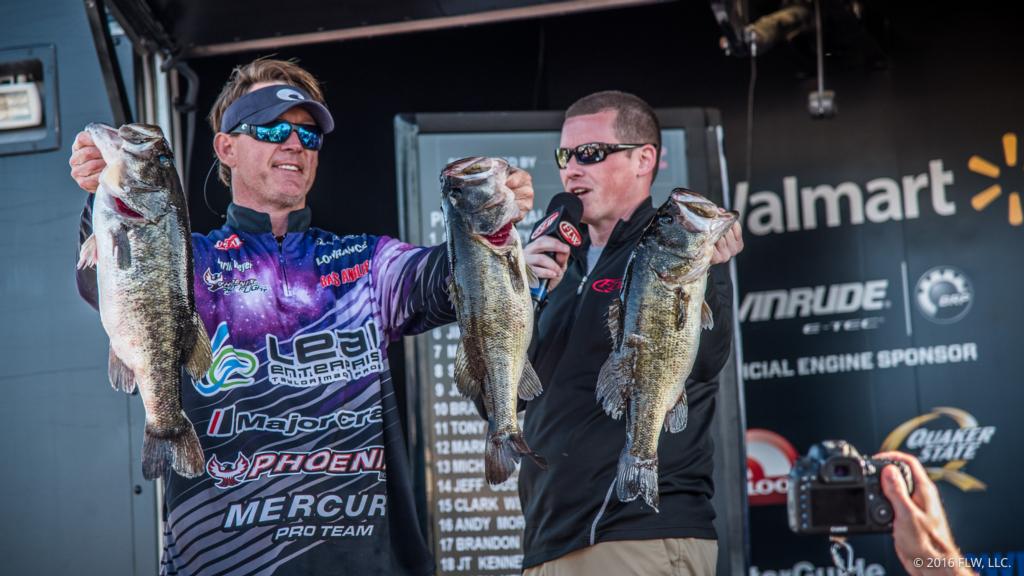 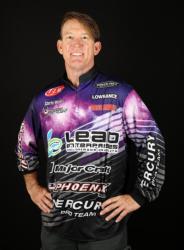 Do you know Charlie Weyer? If you answered no, that’s not surprising. After all, he refers to himself as “that quiet guy.”

You probably didn’t realize he was even back on the Walmart FLW Tour this year after a two-season hiatus. You also might not have seen his name in the top 10 of the final standings at stop No. 1 on Lake Okeechobee (he finished ninth). And if you didn’t know that, you assuredly didn’t realize that was hardly his first taste of success. The man from West Hills, Calif., has more top-level wins than some of the biggest names on Tour. He won the 2004 Bassmaster event on Smith Lake and the 2007 FLW Series Western Division tournament on the Columbia River.

If you didn’t realize those things (and are right now Googling him), it’s OK. You’re surely not alone. Staying out of the spotlight is kind of his M.O., which is pretty ironic when you consider he spends most every day, literally, around spotlights, hanging out with celebs like LL Cool J and Sharon Stone.

If you weren’t Googling him before, you most definitely are now. We’ll save you the trouble, though. It’s time you get to know a little more about the guy many Tour pros call “Hollywood.”

Jigsaw on the set

A lot goes into making a movie or TV show; far more than the average person realizes.

For instance, say you’re watching an episode of NCIS: Los Angeles and there’s a scene where LL Cool J and Chris O’Donnell are investigating a crime in a jaw-dropping mansion. Well, someone obviously owns that mansion in real life, and that same someone, while gracious enough to allow it to be used as a setting, also doesn’t want his house trashed by dozens and dozens of people walking in and out during filming.

That’s the kind of situation where someone hires Weyer and his company, LA Board Guys. Their specialization is location and layout protection, which simply means they do everything possible to ensure that when the film crew leaves, the home, condo, warehouse, etc. looks exactly like it did before they ever arrived. As Weyer puts it, they “make the place look like a Christmas present.” Only, instead of festive wrapping paper, they use bump boards, carpet masks, corner guards, eco-runners and a host of other protective materials.

Of course, that’s only half the job.

Weyer likes to personally oversee this giant back-and-forth game, which is why he’s often the guy situated right next to the camera during filming. This allows him to quickly get in and out to pull up or put down protective material.

It’s also how he’s gotten to not only meet, but actually know some of the biggest celebrities in Hollywood. He and Brendan Fraser talked fishing every day on the set of the movie Monkeybone, with Fraser really wanting to hop in the boat with Weyer. Unfortunately, Fraser’s schedule never allowed it, but Weyer says he and LL Cool J are planning on doing some fishing in the near future.

The idea of hopping in the boat with a celebrity might sound like a dream to most, but when you’ve worked on the sets of Forrest Gump, Seinfeld, Modern Family and many more, celebrities just become like any other person, says Weyer.

“The other day I was talking with a woman on set while we were on break,” Weyer recalls. “After 30 minutes she left, and my buddy came up to me and asked if I knew who that was. I had no idea. It was Sharon Stone.” 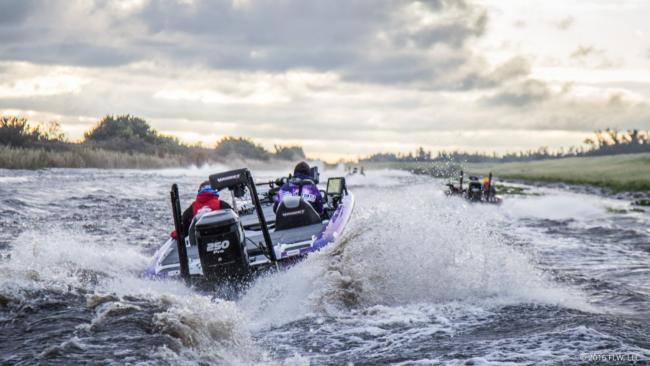 Jigsaw on the water

Weyer loves his job, but he loves to fish more. Unfortunately, the former often makes it hard on the latter.

Back when he was doing food services, Weyer had far more free time. That’s how he was able to fish Bassmaster events from 2003-2007. The 2007 season was his worst with B.A.S.S., but he obviously struck gold with his FLW victory that year. He made the decision to only fish FLW from then on. Unfortunately, life got in the way for a few years, only allowing him to fish here and there. He did fish the full season of the Tour in 2013, but the results were less than stellar.

Owning his own company simply took up too much of his time and didn’t allow him to focus on fishing … or even practice, in many cases. That hasn’t changed, as Weyer spent most the week before the Okeechobee event doing work for LA Board Guys, only getting a day and a half of practice on the Big O.

Three things are more in his favor this go-around on Tour than the last, however. His company is far more stable and prosperous. He has new partners and better employees to help run the day-to-day operations. Plus, he’s better learned how to figure out fish even during tournament days.

“My buddies always joke I shouldn’t practice,” says Weyer. “I always just scrap everything and just end up going fishing and figuring things out that way.”

Add in his (quietly) proven track record of wins, and Weyer’s name just might be one you’ll come to see a lot more often on the top of leaderboards in the future. Of course, don’t expect him to hog the spotlight.