Getting to know the new face of Circuit Breaker 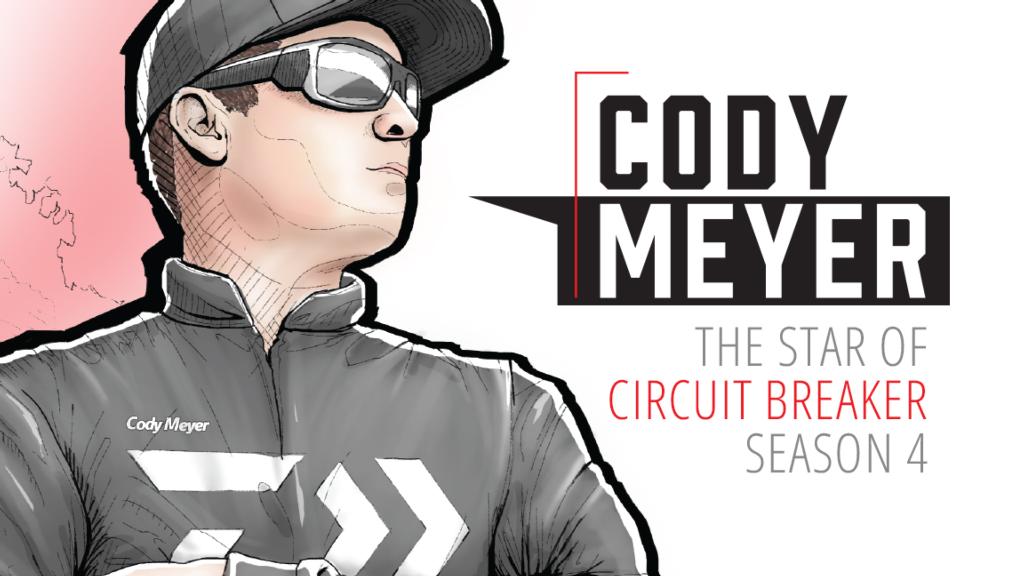 Early February not only marked the start of the 2016 Walmart FLW Tour season, but it also kicked off filming for the fourth season of the FLW’s online series Circuit Breaker.

This season veteran pro Cody Meyer will be the main focus of the show, so we took some time to get his perspective on being the new CB.

You’re the star of season 4. Have you watched any of the other seasons?

CM: I have. I watched the first episode of season 1, and I didn’t watch any other episodes until last season. I watched every episode with Mark (Daniels Jr.).

How do you feel about having a camera follow your every move this year? Are you concerned it might affect your performance?

CM: Well, when you first think about it, it is scary, but it’s really not bad. Early on in my career, having a camera around would have really affected me, but now I’ve been around it for the last 10 years and am used to it. I actually enjoy it.

Have you talked with any of the guys who starred in previous seasons of Circuit Breaker to get a feel for what to expect?

CM: I definitely talked to Mark a bunch and got a feel for what the whole thing is like from him. We actually stayed together last year at Smith Lake, and I got to see what it’s like to have the camera follow you. So when I was asked to do the show I kind of knew what to expect.

What are you most looking forward to with regards to filming this year?

CM: I think I’m looking forward to showing what it’s like to travel from California to the East and back. That’ll be the coolest thing to show and share those experiences.

CM: No, not really. I told myself that no matter if I catch them or not, just make the show enjoyable and share some things about myself. I don’t really feel that nervous about it.

What do you hope people learn about Cody Meyer after the season is wrapped up?

CM: All the time people think that all I do is drop-shot, which I like to do, but I really like to do it all, from frogging to cranking to throwing a swimbait. People don’t think I actually throw a baitcast reel. Ha.

I love to enjoy myself on the water, and even on a bad day I love the sport and have a lot of passion for it. I hope people see that.

From your seven years on the Walmart FLW Tour are there any memories that you wish would’ve been captured on camera?

CM: Oh man, there are so many. Two weeks ago I borrowed a boat to fish the Costa FLW Series on Shasta. During practice I backed the boat in and had a guy yelling at me about a tire. He told me my tire was floating away, and I was like, “I don’t think that’s mine.” To double-check I called my co-angler up at the truck when he parked it, and sure enough the tire on the trailer just floated away.

I’ve had so many random things like that happen. I fished a tournament in Arizona a while back, and a scorpion stung me twice while I was in bed. Justin Lucas and I were traveling once, and he hit an elk.

Back in 2014, when Andy Morgan and I made the run for Angler of the Year, I was on Rayburn and having a terrible day. With not much time left on the second day I went back to my starting spot and quickly caught a 4-pounder. I pulled my trolling motor up and had everything ready to go because I needed to get back to the ramp and was short on time. I made one more cast with my trolling motor up and caught a 6-pounder on a swimbait. Without that fish I wouldn’t have been in the conversation for AOY.

Do you have a group of guys you travel with/room with at events that we could see make cameos throughout the season?

CM: Chuck Kavros is my co-angler that I’ll be traveling with, so you’ll see him a lot. Jason Johnson will also probably be on there a ton. I leave my boat and truck at his house when I travel back home. I fly from California to Atlanta, then take the train close to his house to avoid traffic. So every tournament trip is based out of there. And since Mark Daniels Jr. and I are good friends, you’ll see him for sure.

What is one major misconception people have about professional anglers that you think you can shed light on in CB?

CM: People see a wrapped boat and think that person is getting $200,000, which is far from the case. For some reason people automatically think you have all this money. They also think this profession is a lot easier than it is.

If you cash a $10,000 check it’s assumed that you earned that much. But after travel and expenses, sometimes it’s only a $3,000 gain. That’s why you have to take it serious and treat it like a job.

From the Tour level down to local team tournaments there is always someone catching them in practice, but come tournament time it’s a lot harder for a number of reasons. That’s why you need to stay focused. It’s a job. You fish all day from light to dark. You have to take it serious because if you don’t the next guy will, and that is who you are competing against.

Hopefully I can show that even when you’ve been fishing for as long as I have it still isn’t easy or an automatic paycheck.