No Guarantees in the AOY Race

With two events to go, the only guarantee in the AOY race is no guarantees 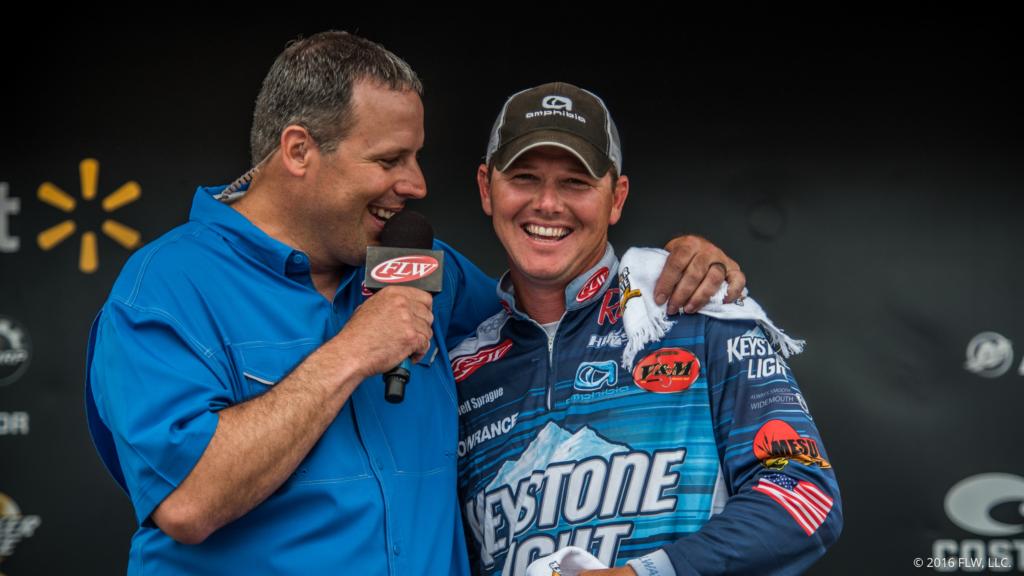 Wesley Strader has been where Jeff Sprague sits.

Four tournaments down, two to go, sitting atop the Walmart FLW Tour Angler of the Year standings – it was good to be Strader come early June 2015. Coming off his second top-five finish of the season, and with two more top 20s in his pocket, the Spring City, Tenn., pro had his first true chance at the AOY title in 19 years on Tour. And it looked like that chance was only going to get better, with Lake Chickamauga, located right in his backyard, up next on the schedule.

It couldn’t have lined up better … until it all went wrong. Actually, it didn’t even go THAT wrong. Strader had two days of tough fishing and finished 77th at Chickamauga, meaning he still beat more than half the field.

Yet, that wasn’t enough. The AOY chance was gone. Poof. Over. Just like that. Scott Martin locked up the title at the finale on the Potomac River, and Strader went on to finish sixth overall, which was his highest finish of his career. He earned more money in one season than he had in more than a dozen years. But he was so close to so much more.

“Everyone was telling me, ‘This is your year. You’re going to win it,’” says Strader. “There are just too many good wolves out there. You can’t stumble, even a little.” 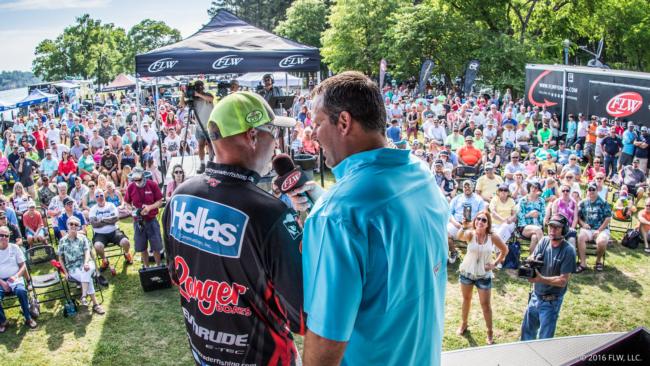 What happened to Strader last season is not so much a cautionary tale as it is the normal reality. Winning Angler of the Year is about as tough a task as any in the sport, with the only guarantee being no guarantees. The numbers back that up.

Strader actually had accumulated more points through four events (771, though previously the points system was calculated differently) last season than anyone in the Tour’s history and still didn’t win. On the opposite end, Jay Yelas had only 716 after four when he held on to win in 2007, and David Dudley had only 717 in 2012.

Then there’s Sprague, who currently has 759 AOY points through four events on the 2016 Tour. He’s in first place but just two points ahead of John Cox.

Strader admits he felt the pressure before Chickamauga. Sprague feels it now.

There’s always pressure for an angler to perform at every tournament, but that pressure gets multiplied when he’s in the hunt for AOY. How can it not when it’s all everyone wants to talk about. Strader says he had people coming up to him nonstop before Chickamauga talking about it, and Sprague acknowledges it’s a pretty “hot topic” wherever he goes.

“That’s good, though,” says Sprague, of Point, Texas. “I’m on a hot streak. I honestly try not to focus on it, but my friends bring it up.”

To help deal with this new attention, Sprague has actually sought the advice of former AOYs Andy Morgan and Bryan Thrift. After all, Thrift was in the lead after four events when he won in 2010, and he was in the lead last season after five events but couldn’t lock it up on the Potomac River. Morgan has twice led the standings after four events – 2008 and 2014. He won in 2014 but fell behind David Dudley in 2008. Of course, Morgan returned the favor to Brent Ehrler in 2013, when Ehrler was leading after four events.

Cox has been through this before too, and because of it he’s pretty happy to be in second place right now.

“I like leading, but it’s better to be sitting back and not having that pressure,” says Cox. “I’m where I want to be.” 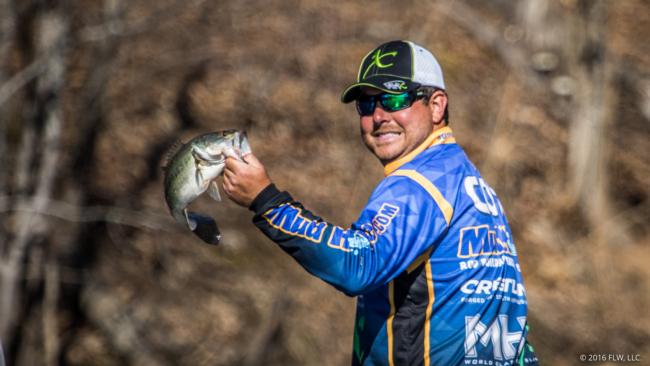 Anglers are competitors. Competitors want to win. And when they don’t, it hurts. Cox knows that as well as anyone after 2015.

Sitting in second in the AOY race going into the final tournament on the Potomac River, Cox needed Thrift to stumble and the title was his. Well, Thrift stumbled, but so did Cox, opening the door for Scott Martin to take the title by a mere 14 points.

“It was hard to lose like that,” says Cox. “It’s hard to lose one tournament, but losing that one felt like losing every tournament combined. It was a pretty bad feeling, and it’s what’s fueling me this year.”

Cox says he’s more focused this year because he came so close a year ago. His goal is to finish strong, figuring he needs two more top 20s in the final two events to be AOY.

Sprague is where Cox was last year, what with this being his first time contending for AOY. He says it’s been an “enjoyable year so far,” but also understands the next two tournaments are just as important as the first four. He’s also trying not to let his remarkable run of five straight top-20 finishes get him ahead of himself. So he’s listening to the advice from Morgan, Thrift and others in terms of how to manage the pressure; embracing that “everything has to go your way” to win AOY.

Still, Sprague is not going to lie: He thinks about winning Angler of the Year.

“We had plenty of time between Pickwick and Kentucky Lake,” says Sprague. “So yeah, I’ve thought about it.