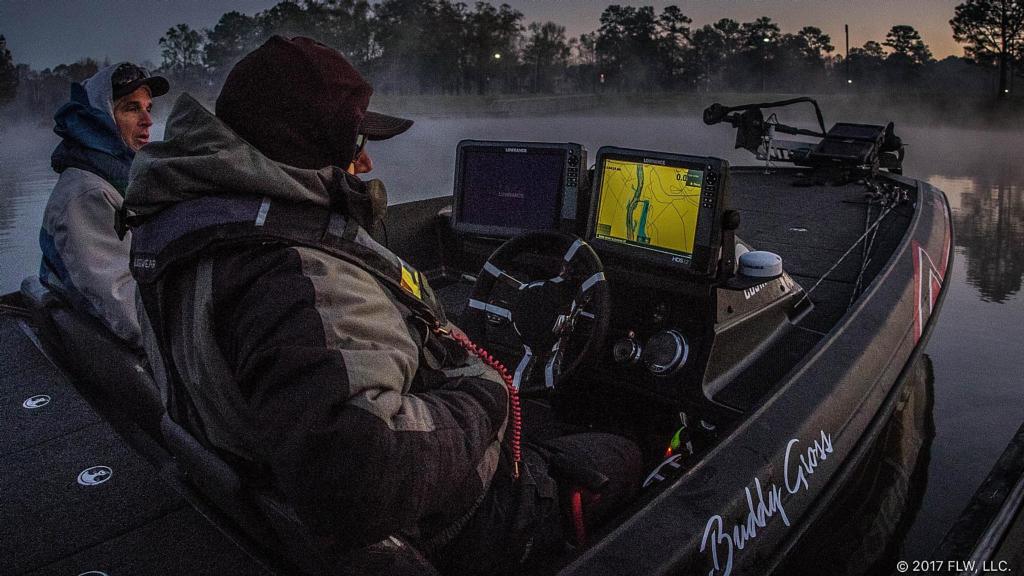 “It’s been a good year in the Costa Series,” says Buddy Gross. “But, man, it’s been a rough year on the Tour. I’ve missed cuts by ounces.”

The second-year FLW Tour pro never stops fishing for a check. After qualifying for the Tour in 2015 via the Costa FLW Series Southeastern Division, Gross made an immediate impact with a 2016 victory at Pickwick. That win put a fire under him that still hasn’t cooled off.

“I like competition,” Gross says. “I want to win every time I put the boat in.”

Though Gross has yet to add a second Tour trophy to his shelf, he notched a Costa FLW Series win this spring on Lake Seminole and beat out all-star angler Randy Haynes for the Costa FLW Southeastern Division Strike King Angler of the Year title.

“When people ask my why I keep fishing the Costa Series when I’ve already made the Tour, I tell them it’s because you fish against the best locals, as well as some of the best Tour guys. Also, you can make the Forrest Wood Cup through the Costas, and fishing those events really helps you learn lakes and stay dialed in.”

For Gross, it’s all about competition. By that logic, double-dipping for a shot at the Cup makes perfect sense.

Gross’ home in Northwestern Georgia sits in a unique corner of the world where the Peach State’s border blends with neighboring Alabama and Tennessee. Gross says he can almost see Chattanooga from his house, and he’s within a short drive of not only Lake Chickamauga, but Nickajack and Guntersville, too.

“I have more experience at Guntersville than anywhere,” he admits. “Chickamauga hasn’t always been the fishery it is now. When I was a young pup, it was good; but then they killed all the grass, and there were years there when 10 pounds would win a tournament. When Chick started to come back in the early 2000s, I had no idea it would do what it did. Not long ago, we would fish tournaments on the river here and lock into Nickajack, because you weren’t going to get it done on Chick. Rather than fish there, I would drive another 30 minutes and go to Guntersville.”

Gross says growing up on Guntersville served as a double-edged sword once his pro career began taking him places outside of his home region.

“Living so close to those lakes, I never fished anywhere else. I hadn’t even fished Pickwick until I won the tournament there last year. I’ve had a lot of my kind of tournaments in the Costa FLW Series this year,” says Gross. “We started at Okeechobee, and I got to fish a lot of grass there. At Seminole, I got to fish ledges, which I love. That lake also has grass and timber mixed in with those ledges, and I love that.”

Way down on the Chattahoochee—on the southernmost borders of the Georgian’s stomping grounds at Lake Seminole—Buddy Gross scored his first FLW win since his 2016 Pickwick debut, netting a $52,200 payday by fishing deep grass with a swimbait. The season-defining win came after Gross adjusted tactics from flipping the 14-16 foot deep grass to targeting shad-filled cuts in its contours with swimbaits. Each day, Gross benefited from an early bite that ultimately filled his livewell with enough lunkers to seal the deal.

“It was different feeling than that Pickwick win,” Gross recalls. “It kind of made me feel like I could actually fish for a living, like I was doing what God had intended me to do.”

“I wasn’t sure I was going to win it. I felt like I had a chance, but I only had a seven-pound lead over Thrift on the last day, and you can never count him out. On top of that, an 8-pounder jumped off early on. I made up for it with a 7-pounder later on. The Lord was good to me that day.”

Gross started the year with back-to-back top 10 finishes on Okeechobee and Seminole before stumbling slightly at home. 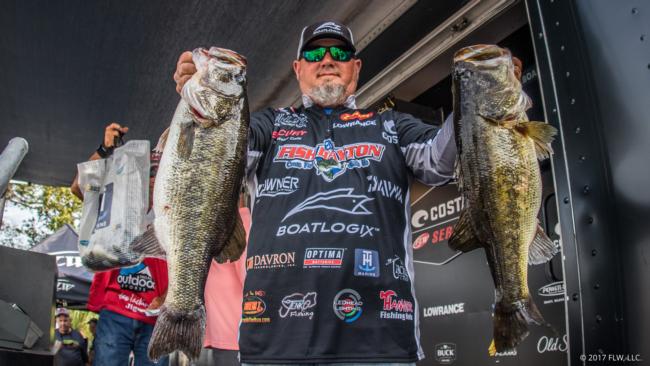 In the year’s first event, Gross deployed a custom-built swim jig in the bountiful grass of the Big O. His 45-2 total from 15 fish was enough to notch an eighth place finish to start the year.

“I was really pleased to finish in the top 10 on Okeechobee,” he says. “The first day, I had my fish in 15 minutes. It was a real quick deal. By the second day, I had company from locals. They were catching them all around me, and I was starting to get a little worried. On the last day, I didn’t execute very well. I lost a bunch of fish right on the hook set, and my co-angler lost a 10 pounder. To rally and finish strong was a big deal.” 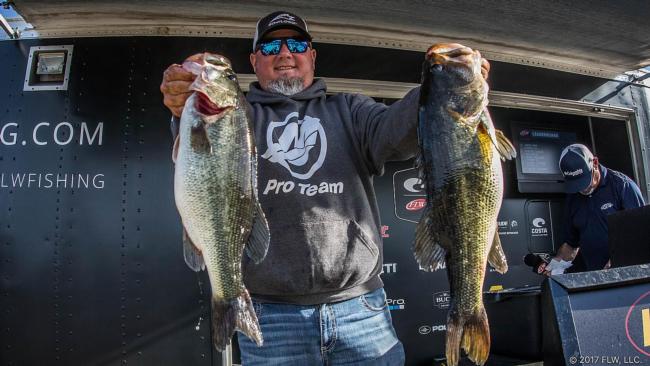 “I think that spinner under the bait really made all the difference there,” he says. “On the last day, I had five fish by about 1:30. I knew those fish were about as good as I could get there, and my co-angler was in the hunt to win, too. So, I put my rods down and took him fishing. The last few hours, I just took him wherever he thought he could get a bite.”

Gross fell back into the pack on his home water in May. Two limits totaling 32-10 were good enough for just 36th place—a finish that Gross says likely came down to bad weather before the event.

“The last day of practice, we found 30 pounds of fish in 15 minutes, but then that cold front moved in and competition was postponed a day. I held my own on the first day—I think I was in the top 10—but the second day they just shut down and I never recovered.”

The top 10 anglers in the Southeastern Division, including AOY points earned: