Austin Wilson is Living His Dream 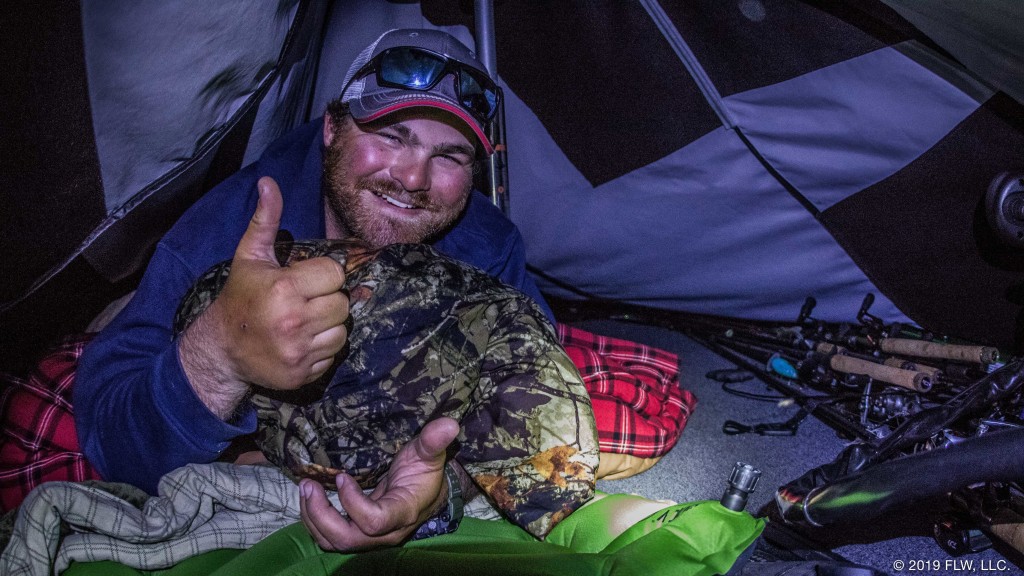 Living the dream means a little something different to everyone. For some, like Austin Wilson, it’s more about the journey than the destination – though that destination is very much dictating the way Wilson is going about his journey.

As the 2018 The Bass Federation National Champion and winner of the TBF Living the Dream package, Wilson was awarded full entry fees for the FLW Tour this season, as well as travel stipends for each event and a cash prize, all of which equated to about $120,000. He’s also running a wrapped Living the Dream Ranger. Why, then, is the Citrus Heights, Calif., pro living out of his truck and sleeping on the deck of his boat this season? 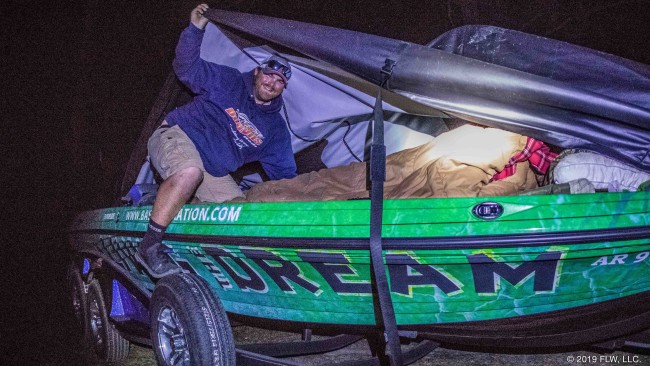 Wilson has enough money banked from the Living the Dream package to sleep in hotels and rental properties this season. He has the means to eat at nice restaurants, do laundry regularly and live what most of us would call a comfortable life. But money only lasts so long, and Wilson understands that living his dream – truly living it beyond this year – means saving money now. Being thrifty. Living the adventure so the adventure can continue long beyond 2019.

“I don’t really have any sponsors helping me out,” he says. “I won the TBF National Championship back in April, so my entry fees are paid for, and I have expense money too, but I’m thinking of next year. My hope is to be able to get some sponsors to help me out, but as of right now I don’t have any sponsors. My thought is if I hold onto it I can pay my entry fees next year.”

Wilson wants to fish professionally, and he wants to do it full-time. Until this season, he was working at Sysco Foods in California, moving and loading trucks on a 7 p.m.-3:30 a.m. overnight shift. Wilson doesn’t want to go back to that, though he says Sysco has left the door open for his return should he need to. They simply couldn’t accommodate the unusual schedule associated with fishing seven Tour stops throughout the year.

In order to continue chasing his dreams, Wilson decided to pinch pennies in the best way he knows how: living a nomadic existence that involves a little camping, a lot of fishing and as much adventure as he wants.

“The plan is to stay in campgrounds and stay in the truck, find a campground that has showers, stuff like that,” he adds. “I’ve got plenty of clothes with me. I’m ready to sleep on my boat the rest of the season.

“I have a couple ice chests. I go grocery shopping and buy ice and make sure everything’s cold. Every morning and every night I have a little propane heater, and it’s perfect for a frying pan. I’ve been cooking eggs and bacon in the morning. I’ve been doing chilidogs. I brought brisket out from home, and I ate that for a while. I’ve had burgers and salads and some potatoes. I try to keep it simple. I don’t get bored of stuff. I can eat hot dogs for a while.”

The 27 year old loves camping. He’s an outdoorsman at heart, and he’s been hunting, fishing and generally enjoying the great outdoors since he was 9 years old. To some, sleeping on the deck of a bass boat every night would feel like a hardship. For Wilson, it’s part of the thrill and just one small step toward fishing the Tour in 2020 and beyond.

The California native has never fished lakes such as Sam Rayburn Reservoir or Lake Toho or any number of lakes in the southern United States – lakes that litter the 2019 Tour schedule. And as committed as Wilson is to succeeding, he’s made a point to spend as much time on the waters of those fisheries as he can. He’s been from Texas to Florida to Georgia and back to Florida for the Tour’s second stop at Toho – pre-fishing, practicing and competing along the way. It’s Wilson’s way of committing himself fully to his dream.

“I’ve been on the water every day since before Rayburn,” he says. “I went down to Toho before it went off limits and fished there five or six days. Then, I drove up [to Lake Seminole].”

Each block of time at those lakes has allowed Wilson to get a feel for the fisheries, both in how to fish them and how to navigate their waters, which is especially important at a lake like Seminole that is besieged with stumps and standing timber. Part of being a rookie with no experience on the lakes at which he will compete this year is knowing where to run, and especially where not to run.

That extra time on the water paid off for Wilson at Rayburn, where he took 55th place and earned a $9,500 check. It worked out even better at Toho with a 24th-place finish and a $10,500 payday. Sure, he could use some of that money to live out of hotels the next several months, but where’s the fun in that? 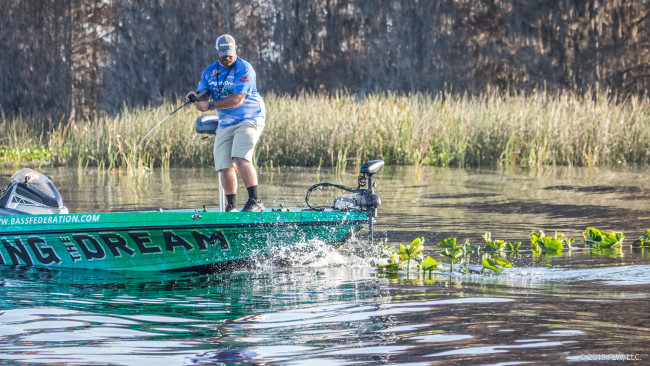 “I’m up for the challenge,” he says. “How cold is it going to get tonight? Can I sleep through it? I kind of push myself a little bit.”

Wilson isn’t married, but he does have a girlfriend of nine years, Heather Kellerman, who both works and is in the midst of completing a vet tech program at Carrington College. She wants to travel with Wilson next season if he again makes the Tour roster, though Wilson expects that travel experience might be quite different than the 2019 iteration.

“She misses me, of course, and she wants to travel with me next year if I make the top 100 and I’m able to fish next year,” Wilson says. “Obviously, it would be a little different if she was with me now. I’d probably get a hotel or even buy a camper for my truck and go that route. As of right now she’s all for me doing my thing.”

A thing that includes finding campgrounds with laundry facilities and sleeping at boat ramps with well-lit parking lots so he can rig rods at night. A thing that might be a one-year adventure, at least if everything goes according to plan.

“Any way I can save a little bit of money,” he adds. “I’m not really cheap, but I want to be able to fish next year. As long as I can save some money and be able to pay for entry fees and stuff, I’ll do it.”

So far, he’s both making and saving money. And if he keeps fishing the way he has already this season, you can count on Wilson making his dream last for quite a while.