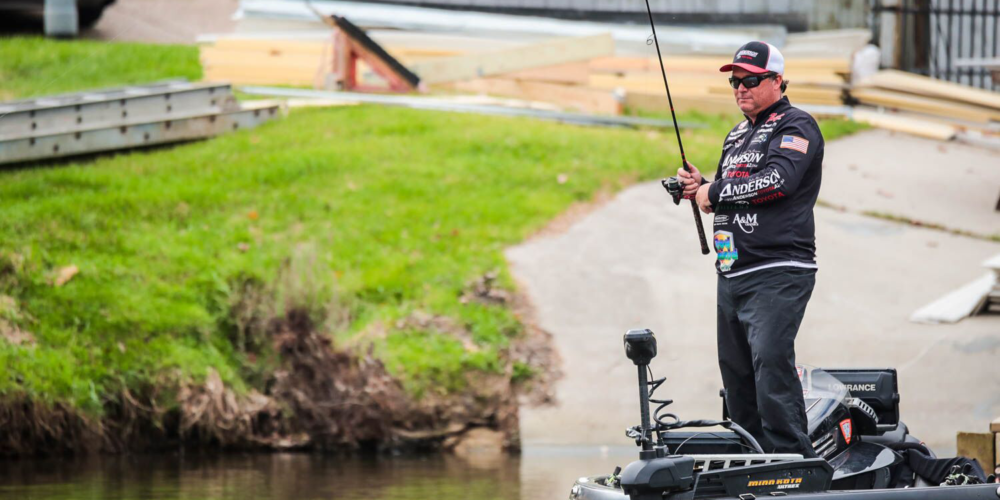 After struggling in his first season on the Bass Pro Tour, Hawk prepares to compete in the U.S. Open with a chance at a $160,000 payday. Photo by Josh Gassmann
September 26, 2019 • Mason Prince • Angler News

Sometimes it’s just not your season. Through eight events and eight opportunities at qualifying for a Knockout Round, MLF pro Roy Hawk was unable to secure a place in the Top 40 once this year on the Bass Pro Tour. Hawk admits that he had his fair share of moments near the Elimination Line with a chance to move on to a Knockout Round, but things ended up not going the Arizona pro’s way.

“I don’t think I’ve done that poorly in any given circuit in my career as I did this past season,” Hawk said, critical of his 2019 performance. “I just had a bad year. Things didn’t go my way and you need things to go your way to have a good year. If you ask Edwin Evers, he’ll tell you a lot of things went his way this year on top of being very talented. Nothing really materialized for me the way I wanted it to this year.”

As a new face on the MLF scene, Hawk spent a majority of his first season trying to figure out how to stay competitive while trying to get a grasp of a new format. Hawk had spent his entire professional career in search of five big bites and had made a decent living at it. But as a Bass Pro Tour pro, he admits that he’s still adjusting to life on the catch, weigh, immediate-release circuit.

“The new format was definitely something I needed to get used to this year,” Hawk said. “I thought I should be targeting smaller fish and fishing a different way than when we first started, since I fished my whole life only going for five fish. The problem this year was I’m not getting enough bites and I’m not catching the big ones either. I still have a lot to learn about the format and just how to get bit as much as some of these other guys are.”

Hawk cut one check all season on the Bass Pro Tour, $1,000 for the big bass of the day during Stage Eight. Even with no entry fees, that’s not something that Hawk was used to. So, now he turns his attention to the U.S. Open and a chance at a $160,000 payday if he’s able to win.

About 20 miles east of Las Vegas on Lake Mead is where Hawk will try to hit the jackpot for the second time in his career at the U.S. Open. In 2015, Hawk came away with a win thanks to a total winning weight of 29 pounds, 6 ounces. He’ll have to adjust to a new format once again in the desert outside of Vegas, but that’s alright by him.

“I’m really excited for the US Open, I always am,” Hawk said. “It has a unique format where it’s combined weight, so it makes it a lot of fun to work with a co-angler. It’s a lot of fun to fish and it’s supposed to pay really well this year, so I could use that. If I’m able to win two US Opens, that’s huge. No one has won more than three, so to be close to that threshold would be amazing as well.”

Hawk begins his quest for the WON U.S. Open championship on October 14.