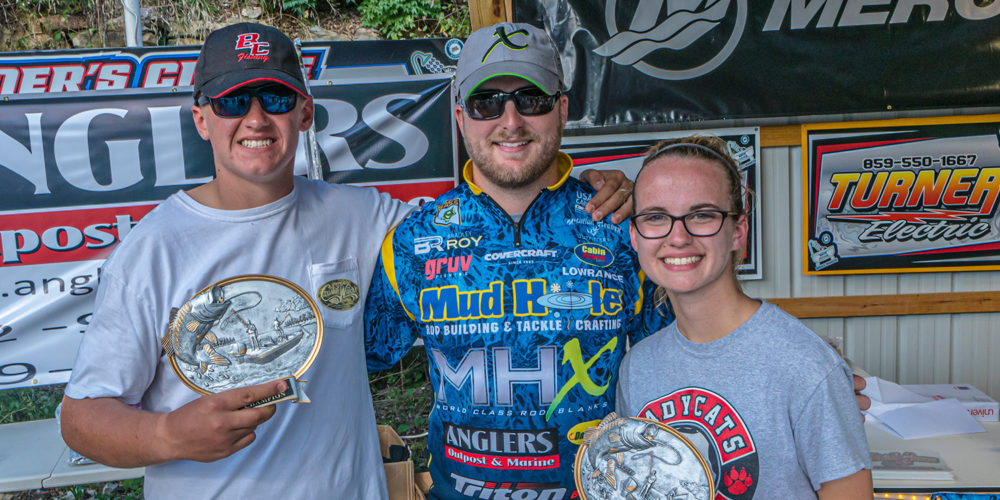 MLF pro Bradley Roy has put on the Bradley Roy High School Open in his home state of Kentucky for six years. In year seven, the tournament is getting a facelift thanks to the MLF format.

Since the tournament’s inception in 2013, it has been a five-fish-limit competition format. But after Roy’s first season on the Bass Pro Tour, he decided to make a change for the high school anglers.

During Sunday’s Championship Round of the contest, the top five teams will use the SCORETRACKER® LIVE app to log each scoreable bass for live, real-time scoring for the first time. Roy is also adding a little bit of MLF-style mystery to the final round of his tournament.

“I’m excited to present the MLF format to these kids,” Roy said. “It’s going to be really cool to see how they adapt and what they can figure out when they’re out there on the water. They’ll be on the same lake that they competed on Saturday. The biggest difference is that I’m going to confine them to one creek on the lake and not tell them which one it is until we start the day.”

The top five teams that make it to Sunday’s Championship Round will each earn money in the form of school scholarships, with the top team taking home the most money. Roy has enjoyed seeing how much his tournament has grown year after year, but it’s even more enjoyable to send the top teams home with a prize.

“I’ve really enjoyed running this tournament every year,” Roy said. “What I’ve always tried to do is put on a cool tournament in the state of Kentucky that is for the younger generation. The scholarship money that these kids can win means a lot to them and their parents.”

Roy said that more than 130 boats competed in last year’s tournament and he is expecting equal or more to come out this year. He explained that they actually had to move the competition to Lake Cumberland—more than 65,000 acres of water—because of just how big the tournament has gotten. The Kentucky pro even got one of his main sponsors, Covercraft, to sign on as the title sponsor of the event.