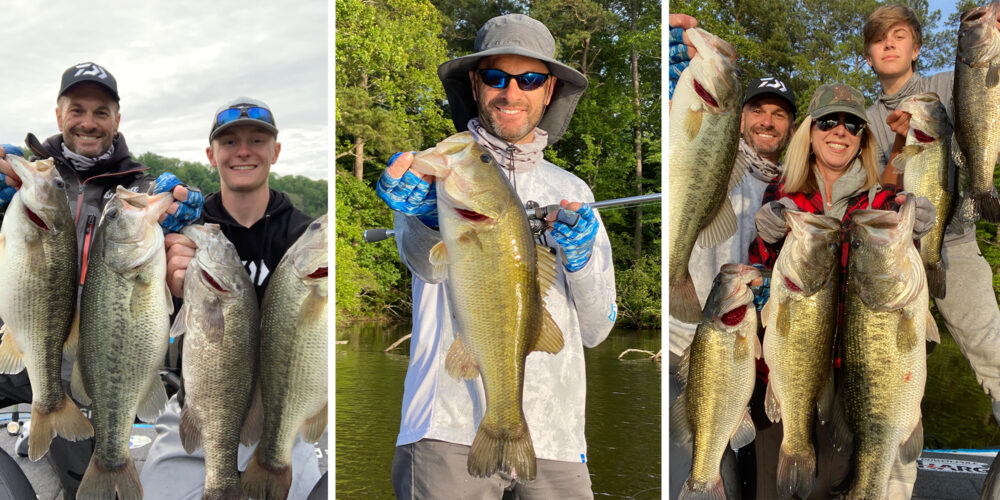 Fishing on the Bass Pro Tour is no easy task, just ask Randy Howell. He knows just how hard it can be to break down a new body of water in only a couple of days. That’s why he likes to use a new app called Fishbrain Pro to assist him in his hunt for bites.

Do Your Research with Fishbrain Pro

Howell used to search on the internet for hours and hours just trying to piece together a strategy for a new body of water. Now that he uses Fishbrain Pro, the Alabama pro says that his pregame work has gotten a whole lot easier.

“One of the coolest things about the app to me is that you’re able to type in the lake you’re wanting to fish on and you’re able to do your research all in one place,” Howell expressed. “You’re able to see a map of the lake, contours, and where local anglers have had luck fishing in the past with pictures and baits included.”

Fishbrain Pro allows subscribers to post their catches either publicly or privately on their own account. The public option allows other anglers, like Howell, to see how, where and when they got bit on the interactive lake map.

While sharing information is the main reason Howell likes the app, he also enjoys saving his own information to his personal profile, making remembering routes on the water much more simplified.

“Not only can I see what other people are posting, but I can also save my own waypoints and map a run before I even get out on the water,” Howell said. “That’s a big time-saver for me. It also shows you where the closest boat ramps are, something that we as professionals have a hard time finding when we’re somewhere new.”

Fishbrain Pro turned Howell into a believer while he was fishing on Lake Guntersville in Alabama. Having lived on the famed Alabama lake for years and winning a Bassmaster Classic there in 2014, he knows just about everything there is to know about the nearly 69,000 surface acres. Howell opened up the map on the app, scrolled to where he usually likes to fish and was very impressed with what he found.

“To be able to open the app and see 10 to 15 people posting that they caught one fishing in one of those areas shows me that these people are using the app to find these productive places,” Howell explained. “That is extremely helpful to me as an angler heading to a new body of water, trusting that this app gives you tangible and reliable information wherever you are.”

It’s not just for bass, however. Howell says he has seen stripers, catfish, and bream on the app as well, helping even the weekend angler find their fish of choice.

As a professional angler, Howell mentions that he is constantly bombarded with information by local fishermen when on the road. That info can sometimes be good, other times not so good. Now, with Fishbrain Pro in tow, the North Carolina native can now rely on the app to give him the best picture and most accurate details.

“This app kind of makes ‘dock talk’ obsolete,” Howell stated. “Instead of one guy telling you a place that worked for him one time and another guy telling you another, you can see tangible evidence right in front of you where the productive places are. With pictures and baits included, it makes it a whole lot easier to figure out a game plan. I’m glad that I have it as part of my arsenal.”