Suggs Using Offseason to Reconnect Thanks to “Tuesday-Nighters” 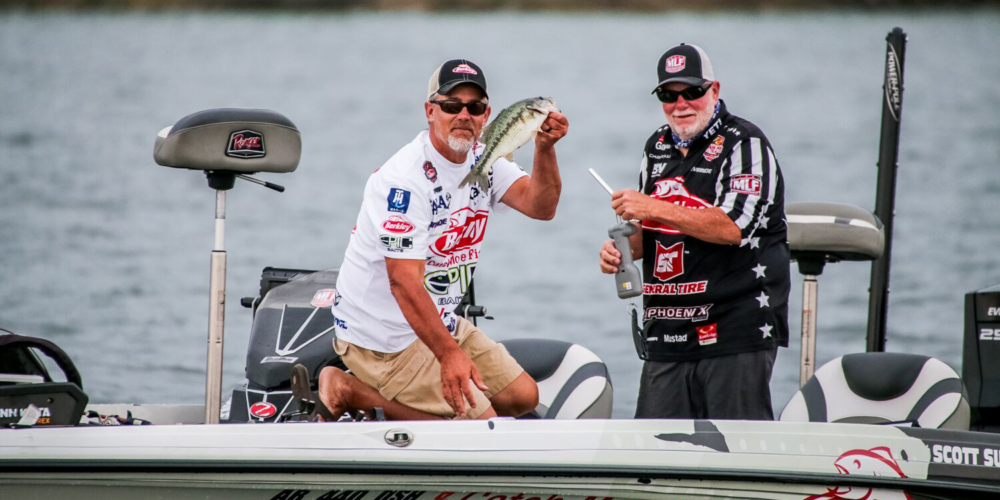 The MLF season can be quite a grind. Eight events in six months (plus the inaugural REDCREST) translates into a lot of time that the 80 anglers spend out on the road away from their family and friends. For MLF pro Scott Suggs, he’s using his offseason to reconnect with some old fishing buddies thanks to small local competitions.

Suggs has been fishing in a local Tuesday-night tournament – the good ol’ “Tuesday-nighter” – for the last couple of months on the Arkansas River out of Little Rock, Arkansas. The Natural State pro has plenty of friends who have fished in these tournaments over the years, but his schedule in the past has not allowed him to participate in these get-togethers.

“We as professional anglers are usually so busy during the season that we can’t fish in tournaments like this,” Suggs explained. “This year, I was invited by the people who run the league to join and fish during the offseason. It’s really fun to get to do these tournaments, because I grew up fishing with some of these guys and I’ve known them my whole life. I have more fun getting to see everyone and visit with them than I do actually fishing.”

After a 56th-place finish Bass Pro Tour season points race, Suggs saw his season end after Stage Eight in Neenah, Wisconsin on June 30. For six months, Suggs would be in offseason mode, something he could never have even fathomed before the Bass Pro Tour.

“This is as early as I’ve been done with my regular season in my career,” Suggs stated. “It’s so great because we really need this time off as anglers. I remember a few years ago I was fishing competitively all the way through the winter. By the time spring rolled around, I was burnt out. But, it didn’t matter because the next season was about to start. It’s just healthy for us to be able to get away from the stress and unwind.”

Suggs missed out on the first few Tuesday-nighters, but has competed in the last four with some great success. The MLF veteran has even gotten to share his wealth of information with the next generation of anglers while battling it out on the Arkansas River.

“My teammate, Timmy Poe, and I are getting ready to compete in the league championship on September 28 and we’ve had a pretty good season,” Suggs said. “Timmy actually buys my old boats from me and I used to fish with his dad back in the day. He’s about half my age, but he’s a really good fisherman and he’s a great teammate.”

The stress of an MLF event is hard to avoid on the Bass Pro Tour, but the local tournaments are different for Suggs. There’s no worrying about SCORETRACKER® or the Elimination Line, it’s all about being in the moment and remembering why he loves fishing in the first place.

“Being able to do these tournaments really relaxes me,” Suggs said. “There are times during the season when you’re tired of traveling and always being on the move. To be able to come home, see my buddies, and reconnect with them is so great. If we catch some fish, great. If we don’t, that’s fine, too.”