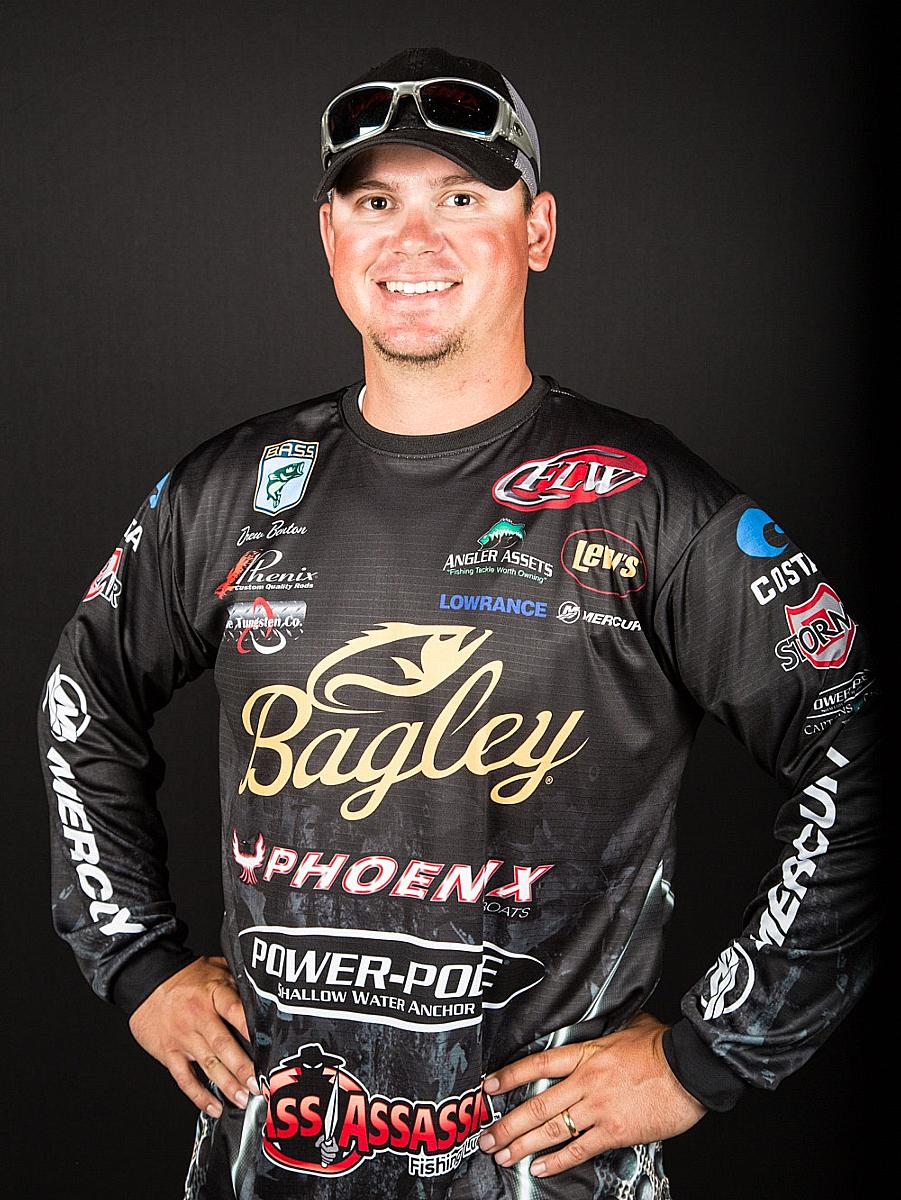 2014 marks Benton’s second season on the FLW Tour. A native of Panama City, Fla., Benton started fishing the Rayovac FLW Series in 2009 as a Co-Angler and has quickly moved up the ranks as a professional. Benton successfully claimed his first FLW Tour title Lake Okeechobee. He shocked the rest of the field by winning his first Tour-level event as a rookie. Introduced to the outdoors by his mother and father at a very young age, Benton has spent countless hours in the deer stand and on some of the most pristine bass waters all over the southeastern U.S. Ever since his first bass tournament at the age of 16, Benton has been consumed with a passion for the sport. Benton says he’s always been a competitor, competing in athletics all the way through college where he played college baseball. Upon graduating from Florida State University, Benton set a career goal to become a professional bass fisherman. The dream has now become a reality, as Benton qualified to fish the FLW Tour and now gets to enjoy his fantasy coming to life.