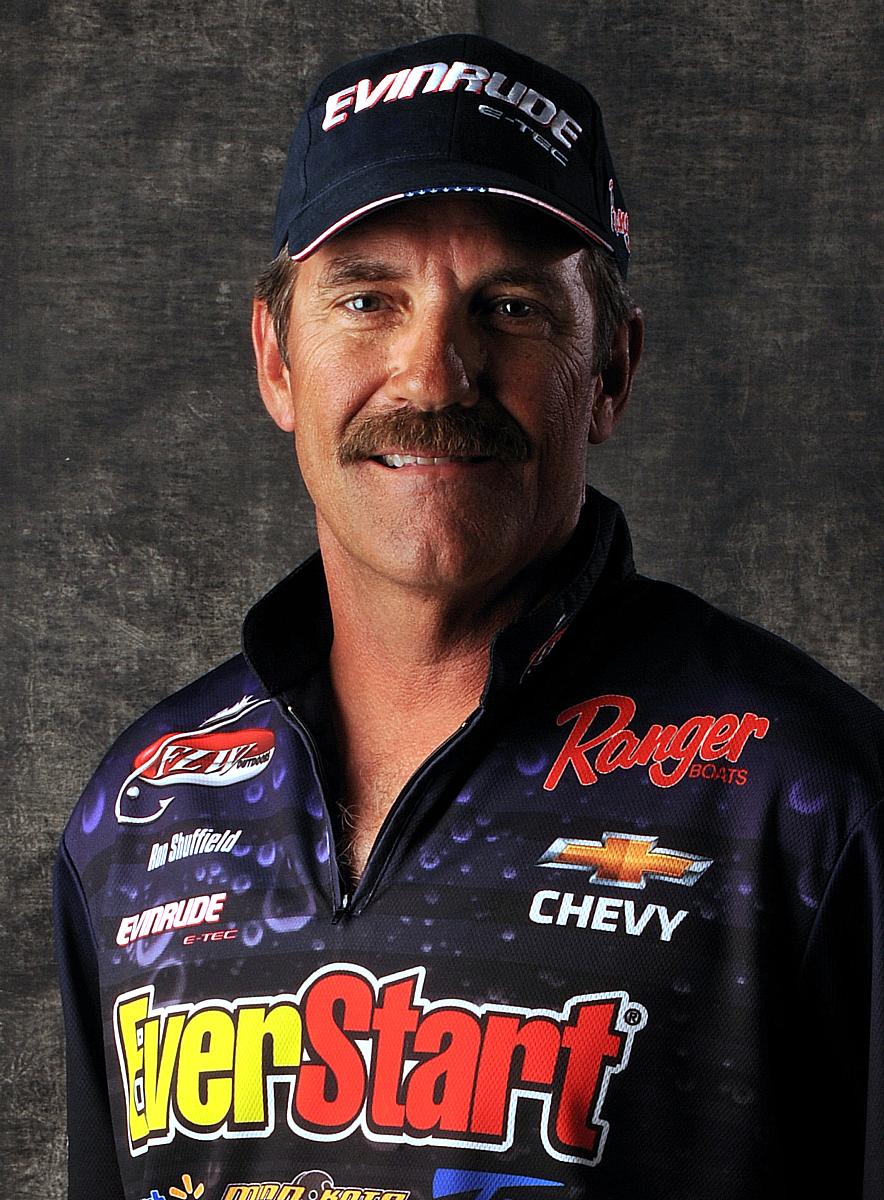 Shuffield is a bass-fishing veteran who has consistently finished very well in the FLW Tour Angler of the Year races. In 2012 he scored his career-high finish of third-place, just beating out a fourth-place finish he had in 2010 and a sixth-place finish in 2009. He has qualified for the Forrest Wood Cup every year since 2007 and has fished in over 15 Bassmaster Classics. Shuffield, a self-proclaimed “Guitar Hero,” likes to relive his rock days in a rock-and-roll band via video games. His son Spencer also fishes the FLW Tour. When not competing out on the water, Shuffield is an avid hunter.