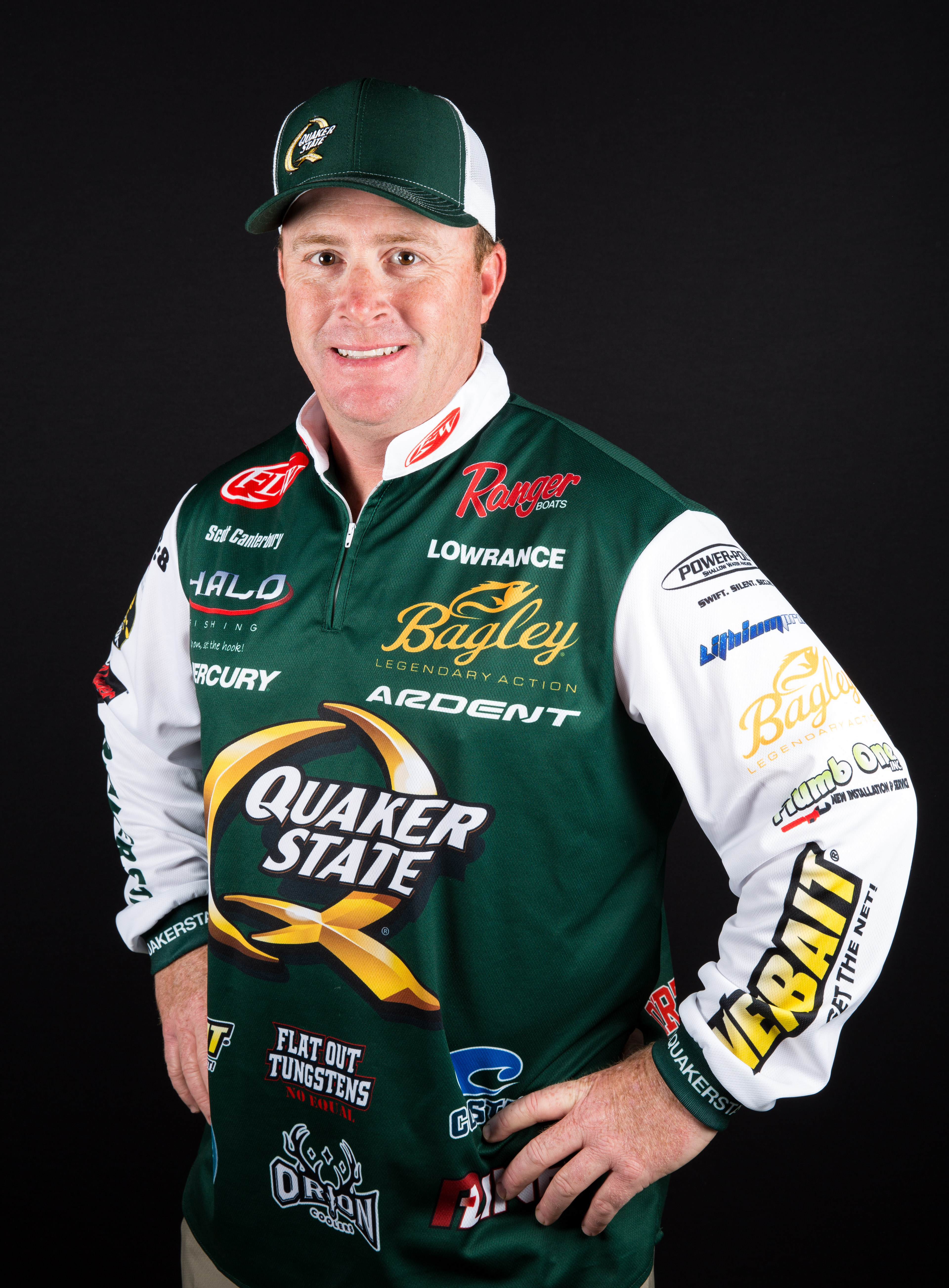 Canterbury is a construction worker who enjoys golf and hunting when he’s not fishing or working. He and his wife of 11 years, Dixie, have one child. He loves sight fishing and flipping and fishing the Tennessee River system. 2012 was Canterbury’s most profitable year so far on the Tour, earning just around $148,000 for his efforts, largely anchored by a second-place finish at the Forrest Wood Cup. Canterbury started fishing BFL events in 2003 and has worked his way up the fishing ranks to the FLW Tour. Canterbury fell short of a Tour-level win twice during his rookie year on Tour (2008) – he notched a second-place finish on Lewis Smith Lake and had a third-place showing on Lake Norman. He has qualified for the Forrest Wood Cup the large majority of the years he has been on Tour. Canterbury’s FLW Series Eastern Division involvement includes a 2010 season-opening sixth-place finish on Lake Okeechobee and a subsequent fifth-place finish in the AOY race.