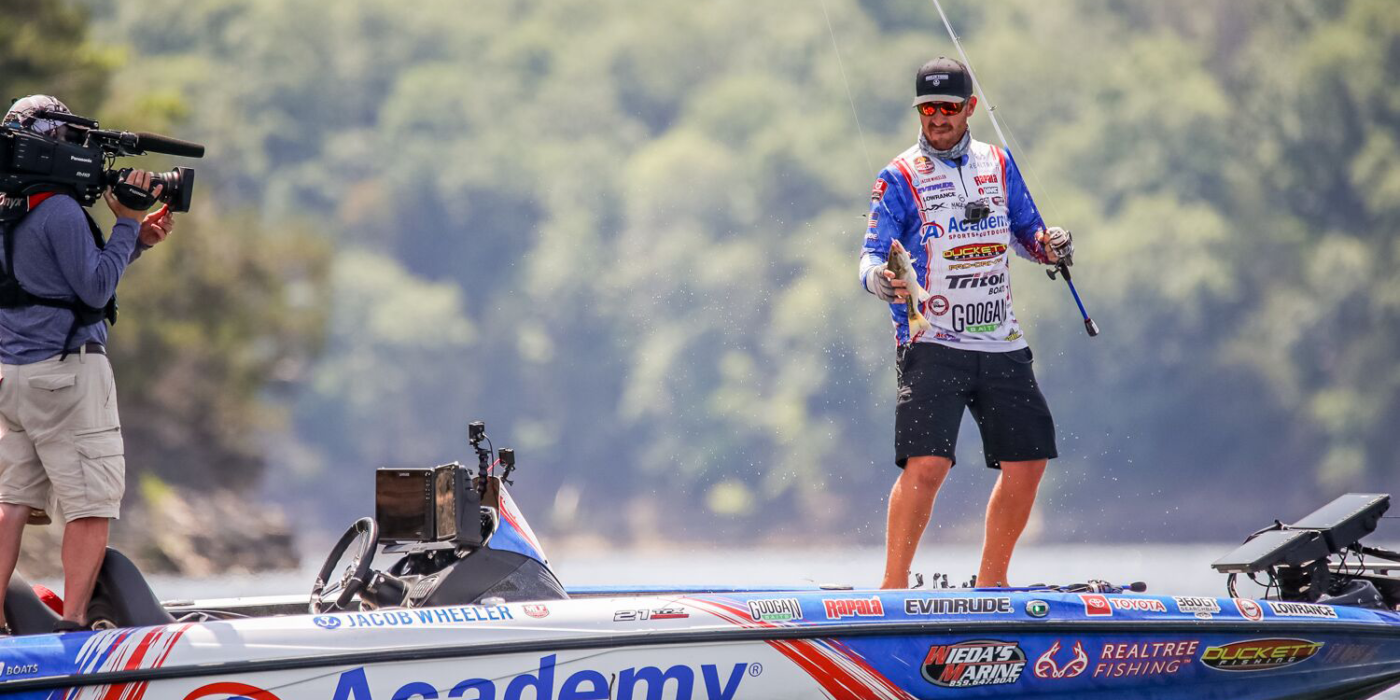 Jacob Wheeler set many records on the Bass Pro Tour this season. Photo by Josh Gassmann

TULSA, Okla. – It’s been a memorable year for the Major League Fishing Bass Pro Tour. Eight regular-season events in seven different states with only REDCREST remaining to decide the champion. From chilly mornings in Kissimmee, Florida to stormy and steamy afternoons in Branson, Missouri, the 80-man field has reeled in some impressive numbers all season long.

As we turn our eyes to the postseason, let’s take a look first at where the Bass Pro Tour record book stands at the end of the inaugural season.

Jacob Wheeler ran away with many of the league’s records in year one. The Tennessee pro was the only angler on tour to break the 1,000-pound threshold for total weight caught this season (the next closest pro was Edwin Evers with 903-11). Wheeler also weighed 651 bass this season, 132 more than second-place Michael Neal.

Edwin Evers is the Points Champion with 510 points. The Oklahoma pro rattled off four straight Top-10 finishes to start the season, including a Stage Two Championship at Lake Conroe. Evers finished no worse than 42nd place in any event this year.