A Jerkbait Resurgence? Not So Fast!

Recent Events Have Showcased the Jerkbait in Shallow, Dirty Water 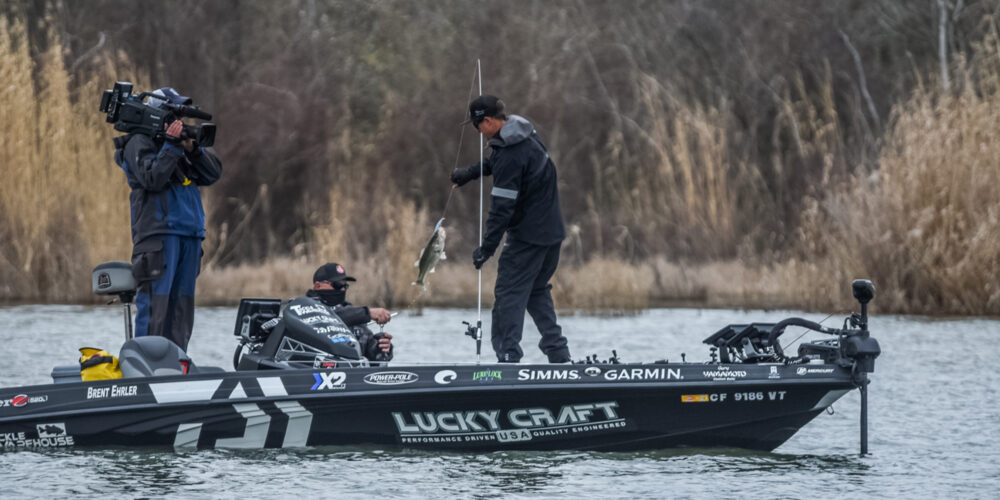 With the advancement of forward-facing sonar, the jerkbait is more effective than ever before. Photo by Garrick Dixon
March 31, 2021 • Dave Landahl • Bass Pro Tour

Judging by the results of REDCREST and the first Bass Pro regular-season event of the 2021 season, jerkbaits seem to be making a comeback. They’ve always been a staple for clear water and early spring fishing, but with the arrival of forward-facing sonars and 360 units, jerkbaits are definitely back at the forefront of many tournament anglers’ arsenals: nearly 12% of all scorable largemouth at REDCREST and Stage One were caught on jerkbaits.

Kevin VanDam, Dustin Connell and Brent Ehrler all rely on the jerkbait at various times of the year, but it’s not just for the cold, clear waters that we’ve all been writing about for years. Think dirtier shallow water. Think weeds. Think brush. Think throwing it in areas that you’re usually uncomfortable casting a lure full of exposed hooks.

Yes, the jerkbait is back…but for some, it never went away.

“Using a jerkbait in a variety of situations is nothing new to me,” VanDam admitted. “What’s changed is the live coverage. I used to be able to hide it. It’s a very effective lure under so many conditions. I’ve been using it in different situations for 30 years.”

So, why the apparent resurgence of the jerkbait, other than VanDam’s devotion to the lure? The evolution of live sonar has something to do with it, combined with the precision fishability and hooking percentage of the bait itself.

“The jerkbait has always been perfect for hooking fish,” Ehrler said. “You can throw a swim jig around a bush and a bass can nip at it and not get hooked. With a jerkbait, they’ll usually get hooked with all of the trebles, that’s the beauty of it.

“Throw in forward-facing sonar, and now the jerkbait is so much more effective than before. It’s no longer blind casting. If a fish is following, I can change the cadence to cater to what it needs to trigger a strike. Who knows how many more fish I’ve gotten, but together, they’re terrific.”

Connell proved just how effective the jerkbait and Lowrance ActiveTarget could be when he won REDCREST using the deadly combination, catching 11 of his 12 scorable bass in the Championship Round on a deep-diving jerkbait. For Connell, it’s all about the timing of these two tools coming together.

“Forward-facing sonar is changing the bass fishing game,” Connell said. “Fishing with a jerkbait and that sonar, well, it’s ideal. I can see the bait all the way back to the boat, where the fish is, what kind of cadence is effective. I can pull up and decide whether I’m going to stay (on a spot) or not – I’ll pull up to a point, ledge, rockpile, and if I don’t see fish, I’m pulling up the trolling motor and leaving.

“With ActiveTarget, I know what to do. It’s the perfect combination, right time, right tool, and right bait.”

The slender profile of a jerkbait appears to be a baitfish to the human eye. We theorize that it looks the same to fish, and the basic shape of the jerkbait hasn’t changed since the early 1960s. So, why after all these years does it still work while so many previously popular lures have taken a backseat in an angler’s arsenal?

“A jerkbait moves like it’s wounded in the water,” VanDam said. “It’s so instinctive to a bass to target wounded prey. The jerkbait triggers those reactions— it’s not something that’s going to get burned out.”

Connell echoes VanDam’s thoughts: “Jerkbaits are great no matter what. It’ll trigger fish into biting that aren’t hunting for food. It’s the reaction strike bait, and I can cover a ton of water.”

Jerkbaits have been longtime go-to baits for clear water in cooler temperatures, and they’re a staple in northern smallmouth fisheries. But have you ever thought of using one in weedy cover with shallow, darker water, where pitching a plastic or a jig may be the usual fallback for largemouth?

“Jerkbaits are more effective in stained water and in summer than you think,” VanDam advised. “There’s no bad time to use it. It’s just natural for me to use it. I’m very comfortable fishing it in a variety of situations. It’s great at the 5- to 6-foot depths; if you simply adjust your line size, you can get some models down to 10 or 12 feet. Other baits aren’t as easy to control as a jerkbait. Add my Humminbird 360, and I’m following grass lines, casting, and I know exactly where I am and how to fish it. It’s very efficient. You can try other baits to do these things, like slow rolling a spinnerbait, but it’s just not as efficient.”

VanDam has plenty of personal tournament success fishing a jerkbait in shallow, dirty water to prove it.

“There was a tourney a few years back at Ross Barnett Reservoir and the water was dirty,” VanDam said. “I almost won it jerkbaiting in muddy water ditches and lily pad fields. It’s such a great reactionary bait. I won an MLF event at La Crosse on the Mississippi River with one. In the mouth of a ditch, I won a Cup round in Louisiana on Cato Lake. It’s my confidence bait. They see it, they’ll bite it. It’s not always the best option, but it’s a dang good one.”