AFTER THE STAGE: Wheeler’s Domination in MLF Format Continues 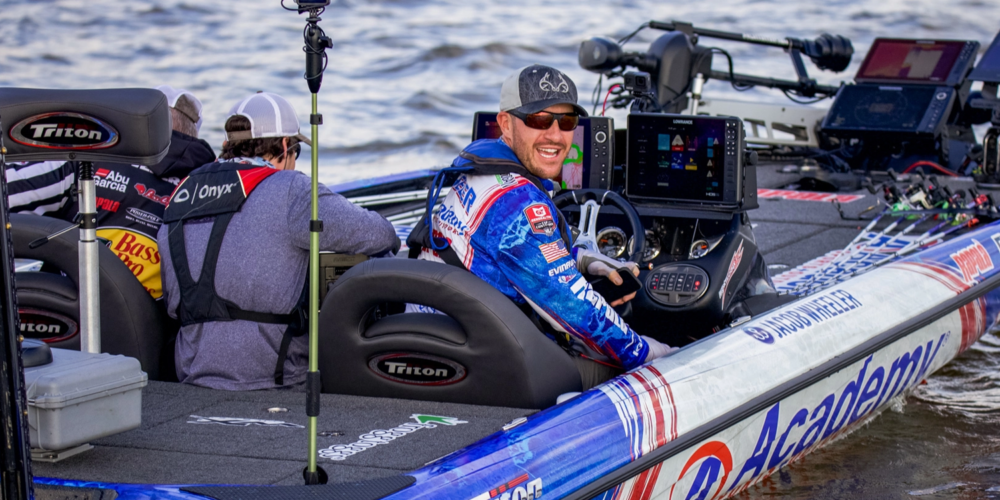 EUFAULA, Ala. – “Fast, quick and in a hurry” was the comical (but accurate) way that MLF NOW! live stream analyst JT Kenney described Jacob Wheeler’s climb to the top of SCORETRACKER® in the third period of the Championship Round of Bass Pro Tour Stage One on Lake Eufaula. But it’s also an accurate description of the 29-year-old Tennessee pro’s ascension to the top of the ranks of professional bass anglers.

Wheeler ran away with the B&W Trailer Hitches Stage One Presented by Power-Pole trophy with 68 pounds of Eufaula bass on Wednesday, blowing past Bryan Thrift (40-11) and Ott DeFoe (33-7) with a third-period onslaught of 42-5 on 14 fish.

“Unbelievable” was how DeFoe described Wheeler’s offshore bonanza, which disintegrated a seemingly comfortable cushion that Thrift had built in the second period.

But as dominant as Wheeler’s performance was on Eufaula, it came as surprise to nobody who has followed his career, even in passing.

Wheeler had already notched an MLF win on Eufaula – the 2017 Challenge Cup – and had established himself as the most successful angler to fish the MLF catch, weigh and immediate-release format (his winning percentage in rounds contested in MLF Cup and World Championship competition was at one time an astounding 75 percent).

With his Eufaula win, Wheeler has now claimed two of the past four Bass Pro Tour trophies (also adding the 2019 World Championship trophy to that list).

“I just enjoy the pressure that this format puts on you,” Wheeler admitted. “It forces you to read things quickly and to make adjustments on the fly, and I think I’m pretty good at figuring out (changes) and conditions pretty quickly. I don’t get it right every time, but I’m confident in my ability to figure things out as a day goes on.”