Alton Jones Zeroes in on Suspended Bass, Schoolers for Success in Fall Transition 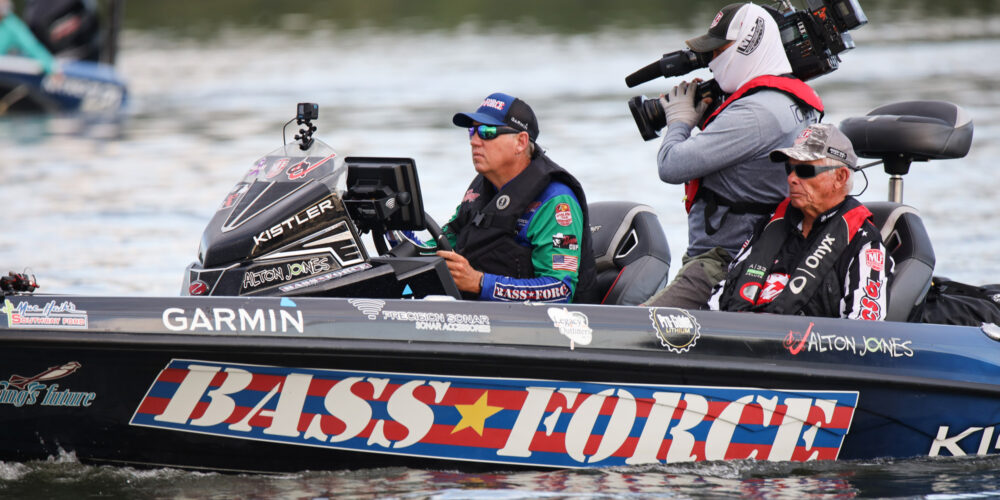 Fall fishing means different things in different regions of the country. In the North – the Great Lakes, New York, the Pacific Northwest, etc. – October usually signifies that a great bite is coming. In fisheries below the Mason-Dixon Line, Halloween month generally means a challenge is ahead.

For Garmin pro Alton Jones, the fall bite around his Texas home is usually a mixed bag, but Jones overcomes the challenges of suspended and schooling bass and small baitfish by keeping an open mind and paying close attention to his forward-facing sonar.

“One of my favorite times of year to fish in Texas is when the water starts to cool and a lot of my friends are out deer hunting and there’s plenty of parking at the boat ramp,” Jones said. “The bass are moving along with the baitfish and on the move. It can be challenging to locate the fish, but when you find them, you can catch them quickly.”

Fishing for suspended bass has always been perceived as a challenge (and rightfully so), but that belief has changed with the advent of forward-facing sonar. Nonetheless, knowing where to seek out bass during the October/November time frame is the first part of the puzzle.

“One dilemma this time of year, you’ll see a lot of suspended fish over deep water,” Jones said. “The changing water temperatures force fish to suspend because the thermocline is changing – that might be over deep water, and fish will be down 10 feet or so, making them hard to find. The best trick I’ve learned is to seek out things that the fish can relate to, whether under a floating boat dock or tire break in front of a marina. If the lake has standing timber, that will be one of the first places I look for suspended fish.”

Once Jones has identified likely locations on his Garmin ECHOMAP Ultra HD and starts scanning with his Garmin Panoptix LiveScope forward-facing sonar, a jerkbait and swimbait are his top choices for suspended fish.

“Those are both great baits because they’re visible on my Garmin LiveScope, and I can see the fish tracking them,” he said. “They school a lot in the fall and they’re easy to see if they’re on the surface. You hear this all the time, but LiveScope has changed everything. It’s much easier to stay on the fish chasing bait even if they’re in deeper water.”

Threadfin shad are the primary food for bass during the fall and Jones sticks with baits that imitate them.

“It’s the time of year when I put my plastic worms away and stick with something that looks like a shad,” Jones said. “It’s simple, but that’s what they’re eating. Moving baits like spinnerbaits, crankbaits, vibrating jigs, and a single swimbait on a jighead are the best ways to keep it moving and, as the cliche goes, ‘match the hatch.'”

Jones will alternate between small and large baits, changing according to what he sees from the baitfish.

“I always pay close attention to what the fish are eating,” he said. “Maybe one spits up a shad on the deck because there are two extremes in baitfish sizes during the fall. You have the tiny shad from the spring and the oversized ones from last year.”

“For baits like a squarebill, if bass are eating big shad, I’ll use a 2.5 or 3.5 size,” Jones said. “I might go to the 0.5 or 1.0 sizes if the baitfish are small. It’s the same thing with spinnerbaits, and I try to match the blade size the best I can to what fish are eating. Doing this can pay big dividends this time of year.”