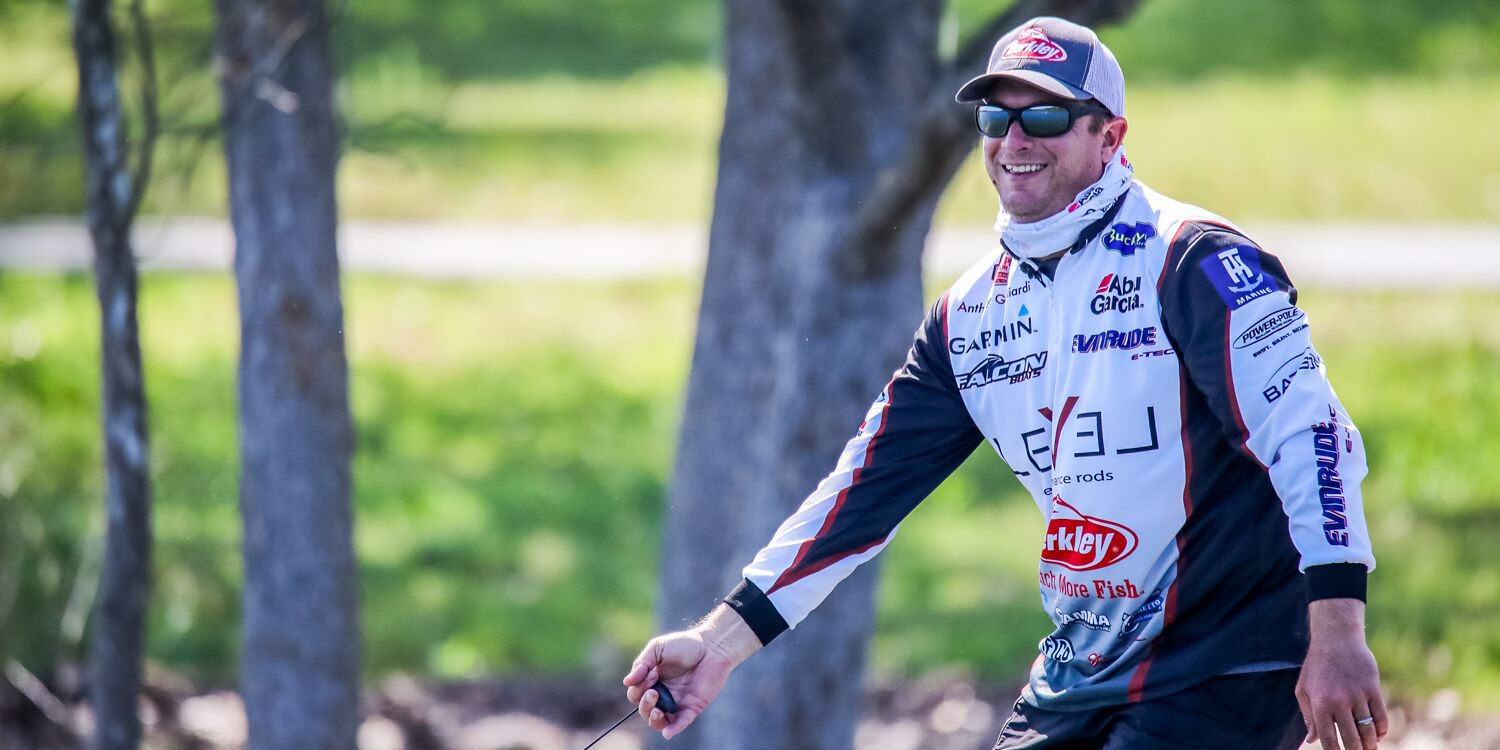 Anthony Gagliardi lifts up his trolling motor during an event on the 2019 Bass Pro Tour. Photo by Josh Gassmann

My first season fishing the MLF format didn’t go the way I wanted it to, but I still learned a lot about myself as an angler and how I can improve for this upcoming season.

I started out of the gate in Kissimmee, Florida with my best finish of the year (fourth place). After a finish like that early in the season, it may have given me the wrong idea about how difficult fishing this format against this level of competition can really be.

I only made four Knockout Rounds the rest of the season. That’s when I really got a taste for how tough it really was.

Figuring Out a New Formula

Once I started struggling, I took a good look at my craft and where I needed to improve. I noticed that I wasn’t practicing as effectively as I should have been. I was searching for one or two good areas that I thought could carry me through all the rounds.

Well, in MLF, that’s not a formula for success. I realized that I was going to need multiple areas where I knew I could not only catch a bunch of fish, but quality fish as well. Once I learned how to cover more water in practice, that’s when I really began to feel comfortable again.

I finished the 2019 season just two spots outside of REDCREST qualification, and that was a tough pill to swallow. I finished dead last in Stage Three and I know that’s what hurt me the most. If you take a step back and look at the season as a whole, I really almost made REDCREST by fishing one less event than everyone else, since I only earned one point for my last-place finish.

Honestly, I feel alright about my finish. I learned a lot this year and I know exactly what I need to do to be successful next year. If anything, it made me more excited to get the 2020 season started.

The 2020 Schedule is Full of Highlights

The schedule for the 2020 season was just released and I’m really excited about what it has to offer. There are a couple of events that I’m really looking forward to in particular.

I’m glad that we’re going back to the Kissimmee Chain since that was the place I had my best finish last year. I think I have a good idea of what I can do there to come away with a good finish.

I really love catching smallmouth, and from the looks of the schedule, we have about two-and-a-half events where smallmouth will be the predominant fish we’re chasing (Lake Champlain, St. Lawrence River, and Neenah, Wisconsin). I say Wisconsin counts as half because there were some quality largemouths that were caught there as well.

I would also be remiss if I didn’t mention that we are heading back to North Carolina, and I’m more than ready to get my redemption there after a last-place finish.

I can’t wait to get the next season started after a few months to decompress and spend time with my family. Next year will be here before we know it, and I’m looking forward to getting my chance to compete against the best anglers in the world once again.