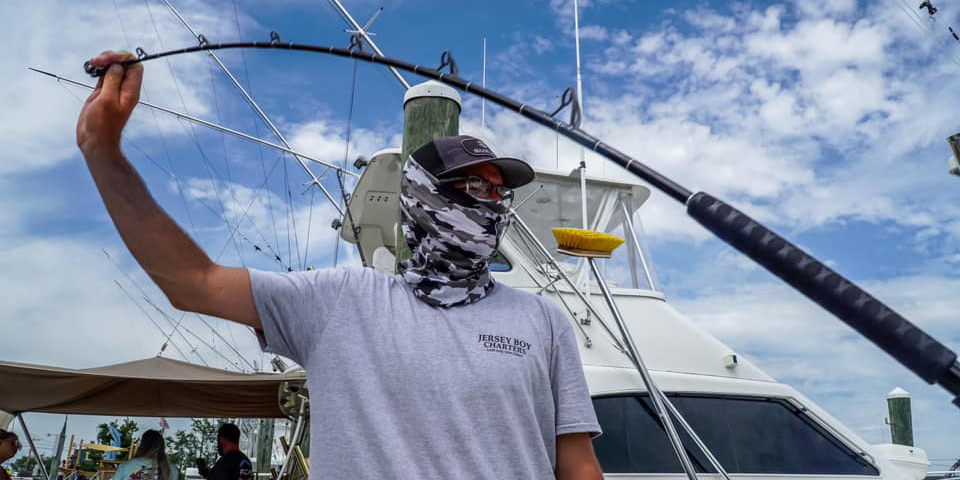 It’s been well documented that most MLF Bass Pro Tour anglers enjoy outdoor activities when they’re not competing for big bucks. Many hunt during the off-season or fish for fun. Adrian Avena fishes for fun as well, but his fun earns him cash (and occasionally some huge money).

Avena runs a charter boat in the Atlantic Ocean out of Cape May, New Jersey, the Jersey Boy. It’s a 34-foot Sea-Lion with triple 300 horsepower Suzuki outboards, and decked out with the latest and greatest Lowrance marine electronics.

The Berkley pro personally captains the boat when he’s home, and runs charters using other captains when he’s busy chasing bass. But he’s not just cashing charter checks on the side: Avena and the Jersey Boy have racked up some dough in major saltwater tournaments as well.

Case in point: the recent White Marlin Open out of Ocean City, Maryland. Competing in the small boat division of the 47-year-old tournament – billed as “The World’s Largest and Richest Billfish Tournament” ($6.8 million in prizes!) – the Jersey Boy crew claimed “small boat big fish” honors and a $375,000 payday with a 273-pound swordfish landed by longtime fishing buddy Kyle Gagliardi.

“We chose to fish for swordfish, I think they’re the meanest fish in the sea,” Avena said. “They’re thick all the way from their head to the tail. Swordfish live down in 1,000 feet of water. When you hook one, you’ll be fighting them for two to five hours. We fought that fish for five hours. They’re super powerful, and just mean. I feel hella good after this win.”

According to International Game Fish Association (IGFA) rules, once the boat hooks up with a fish and an angler gets in the fighting chair and has the fighting gear on, that angler has to be the only person working the fishing rod until the fish is landed.

“As soon as a guy saddles up, he has to be the only one to fight the fish, according to the rules of the tournament and the IGFA,” Avena confirmed. “I was the leader guy and the other guys were the gaffers. Fishing with all my friends, all kids I fished with growing up, made this really special. All of us are passionate about it, really hardcore.”

Chasing swordfish is nothing new to Avena. He grew up as a saltwater angler and didn’t start pursuing the bass fishing game until he was in college. Once the competition bass fishing bug crept in, he was hooked.

“I was always an athlete growing up,” says Avena. “I loved the competitive thing. I played soccer and tennis in high school and played tennis at Chestnut Hill College in Philadelphia, Pennsylvania. In college is where I got into the competitive bass thing. It got to the point for me where tennis was getting in the way of my bass fishing during my junior year, so I chose bass fishing. I signed up for the FLW and it all took off from there.

Avena appreciates the diversity of fishing both salt and fresh, so even though he couldn’t make it to the final FLW Pro Circuit Super Tournament of the year the day after the White Marlin Open, he’s okay with the give-and-take.

“I like the balance of doing both saltwater and bass fishing,” he said. “I really wanted to finish the season at the Sandusky FLW event, but lots of delays at the White Marlin Open prevented that. It turned out pretty well for me anyway. Saltwater fishing is where my roots in fishing come from. My friends and I accomplished a lifelong goal with this win. It makes missing the Sandusky tournament okay, but I still wish I could’ve made it out there.”