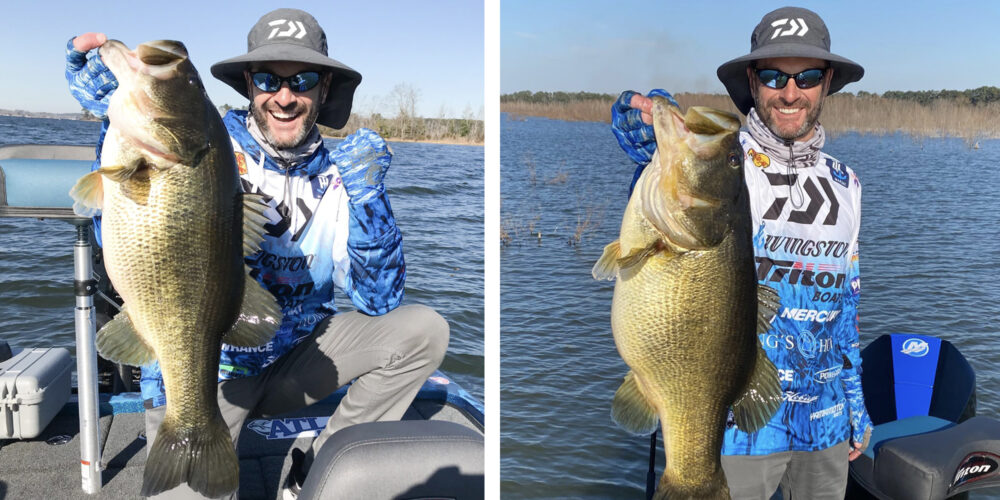 MONROE-WEST MONROE, La. – The 2022 season kicked off on a trio of relatively unknown lakes outside of Monroe-West Monroe, Louisiana: Lake D’Arbonne, Caney Creek, and Bussey Brake Lake. They were a pleasant surprise for both competitors and fans watching as anglers placed several massive bass on SCORETRACKER®.­­ The big fish parade was headlined by Randy Howell’s Bass Pro Tour record, a 12-pound, 14-ounce behemoth from Bussey Brake during the Championship Round.

Caney Creek and Bussey Brake will host the fourth annual General Tire Heavy Hitters all-star event in 2023 (April 24-29). Caney Creek will be the site of the first five days of fishing before the event shifts to Bussey Brake for the Championship Round.

Howell leads the pack of Heavy Hitters qualifiers and is thrilled to be returning to Louisiana for this event.

“I was excited to see it when the schedule was announced, and I pray that I can make it to the final day,” he said of a chance to beat his record. “We were there in February, and it was freezing. I could imagine how good it will be with warmer weather, throwing topwaters around those bushes.”

While Bussey Brake pumped out some monsters, Caney Creek produced a 10-11 for Howell during the Knockout Round.

“Caney is a great lake and the grass was just starting to grow the last time we were there,” he said. “Later in the year, it should be much healthier, and the fish should be done spawning and feeding up. I can see big topwaters, swimbaits, and a bladed jig catching some big bass.”