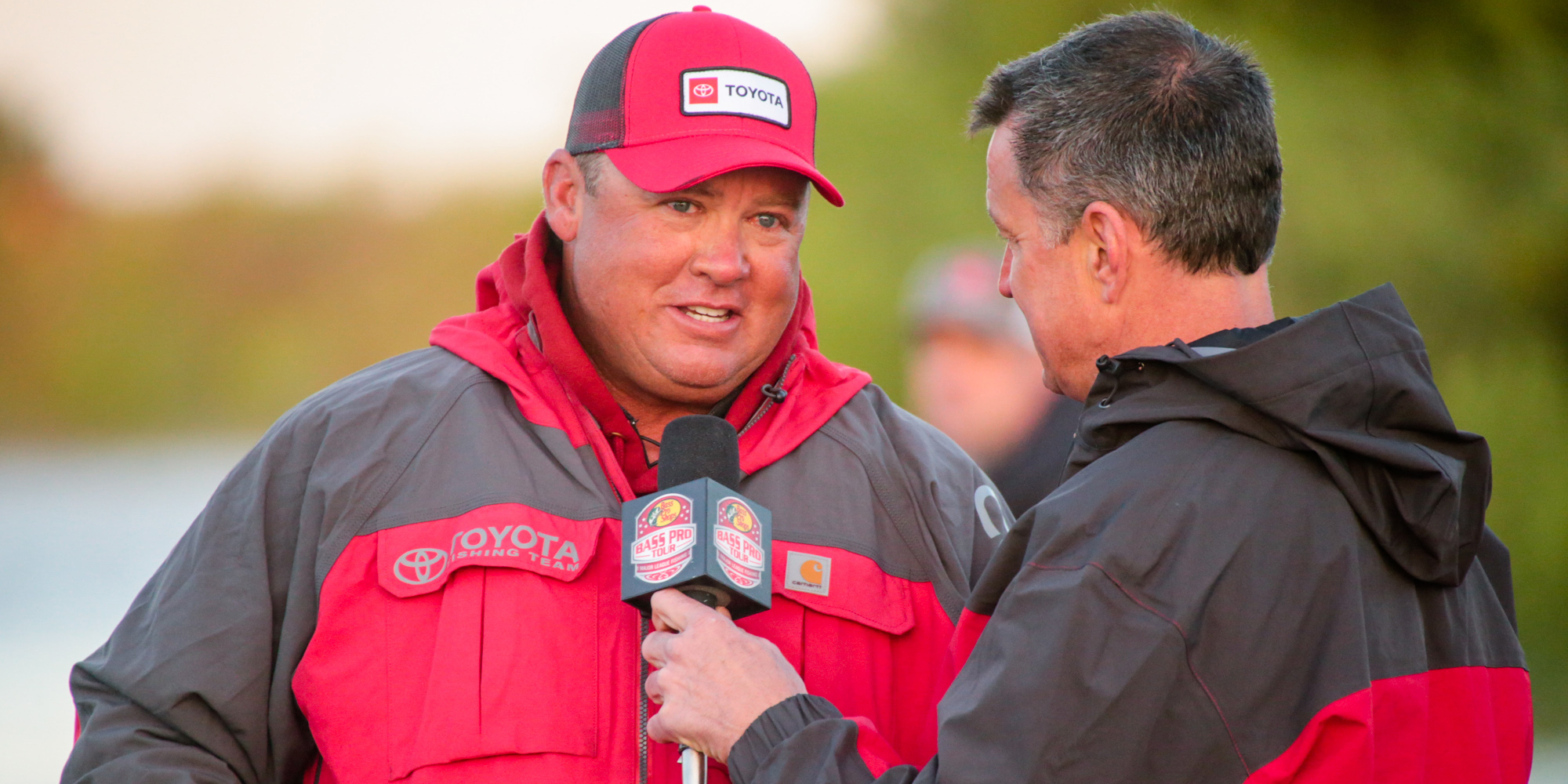 Terry Scroggins is an angler to watch when Heavy Hitters kicks off on the Kissimmee Chain. Photo by Phoenix Moore

The Toyota Heavy Hitters Presented by Venmo is lining up to be a big show if the bass gods deliver on what the Kissimmee Chain in Florida has to offer. MLF pro Terry “Big Show” Scroggins fits right into the Heavy Hitters mindset: He’s extremely knowledgeable about the waters of the Kissimmee Chain and has taken home a few wins and other Top 3 finishes over the years from these fabled big-bass waters.

“Over the years growing up, I’ve fished Kissimmee a lot,” Scroggins confirms. “I’ve fished in summer, but the big events are always early, due to travel. The funny thing is, the Kissimmee Chain is way better in May, June, and July rather than earlier in the year. Fish always spawn full moon and cold fronts tend to come along then as well. So, whenever we fished here in the past, we’ve always been dealing with the cold fronts. Not now. It’s going to be hot, but super good.”

Fish location can vary day to day according to Scroggins. An angler’s top spot the first day can be unproductive the next. The good news for the field of 80, though, is that all of the lakes open for Heavy Hitters can produce the kind of monster bass the field will be looking for.

“Toho and Kissimmee are my favorite lakes in the chain,” Scroggins says. “I’ve won events there and had other Top 3 finishes. Cypress and Hatchineha are pretty awesome, too. This is going to be an event where anybody can win it. If it rains and they start pulling water, the river may play as well. The big fish are unpredictable this time of the year, but they bite. For the most part, the big fish bites are random.

“I have some areas that over the years have produced big ones on them, but I could go there and just catch 2-pounders on one day, then catch a random double-digit fish.”

Scroggins expects fish to school up in deeper water – in the Kissimmee Chain, that’s 5 to 7 feet of water. The primary cover will be vegetation, but some other structure like shell beds or manmade fish structures can come into play as well.

“The key is figuring out what type of grass is holding them the day you’re fishing,” Scroggins says. “If you figure that out, you can catch some big bass. I think the big fish daily will be at least 8 pounds, but I’d bet we see a few double-digit fish. A lot of local one-day tournaments are weighing at least a 9-pounder for big fish. The winning limit is around 35 pounds.”

Scroggins is known for his skills with a flippin’ stick, but that won’t be the only approach he’ll be using on Kissimmee.

“I’ll have several flippin’ sticks rigged up, a big worm, Carolina rig, it’ll be all soft plastics,” Scroggins admits. “Toho has good offshore hydrilla, that’ll be where the Carolina rig comes into play. Though some guys might throw a jerkbait or a lipless crankbait, it’s really about 90 percent Carolina rig fishing there offshore.

Big fish or points? That’s the question many MLF pros will have to answer for themselves at Heavy Hitters, including Scroggins.

“Heavy Hitters is a catch-22 for me,” he admits. “I need points because I’m in line to qualify for REDCREST, so it’s a big balancing act for me. There’s an awful lot of money offered for winning the daily big fish. Heck, you can win daily big fish and make more money than the angler who wins the event. I’m going to try for both.

“Since this is a points event now, I like the fact that everyone is fishing. It was going to be an awesome event the way it was originally planned, and it’s still going be awesome now. There will be a lot of big fish caught. I think it’ll be as good as the Lake Fork event.”